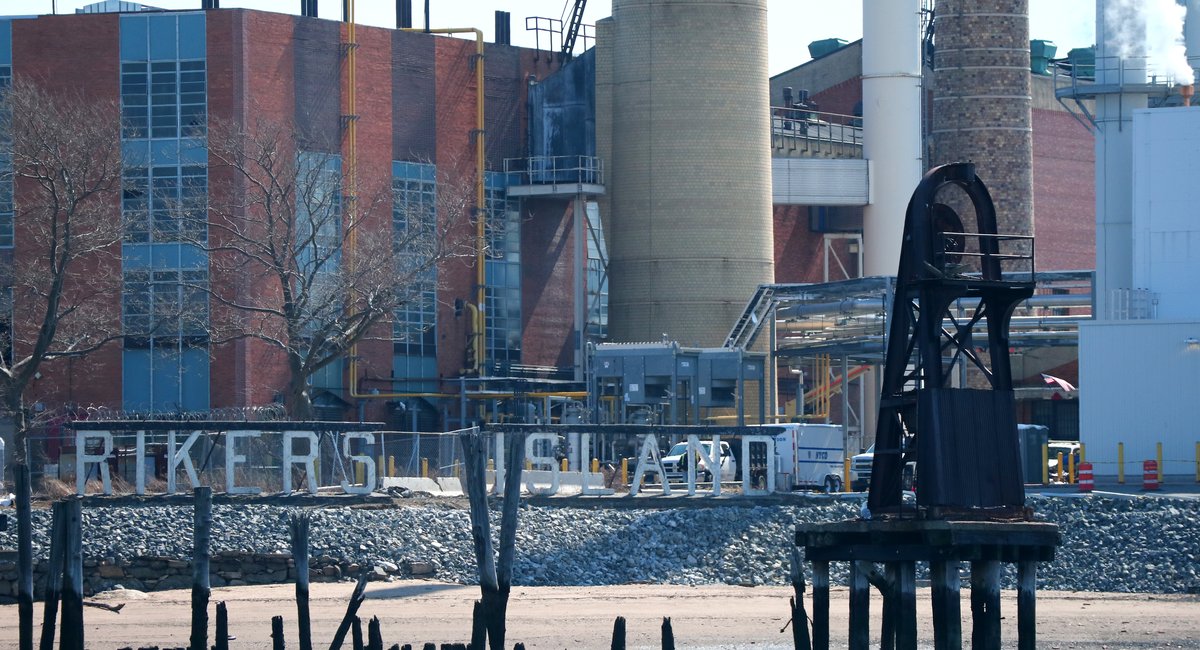 Sean Carlson: Can you tell us what you saw when you went to Rikers and how high were the temperatures there?

Assemblymember Eddie Gibbs: Yesterday I toured the facility on Rikers Island to see the scorching hot conditions for myself. The same condition as I remembered from when I was detained there at 17 years old. We visited the intake room, where there’s no AC. All of us, including the detainees and the staff were sweating.

Some staff had on long-sleeve shirts and pants and have to work hours in those conditions. And, you know, being short-staffed makes the situation so much worse. If I had to estimate, I’d say 94 to 96 degrees.

You said that the staff wear long sleeves and they also have pants and they’re wearing boots and they work long hours. Were they able to tell you about the conditions and what they thought of them?

Well, yeah. We had conversations with staff as we toured the facilities and they have to be fully uniformed. They have to have some equipment they wear on their belts. They do understand that some units on Rikers Island do not have AC and sometimes the industrial fans do not blow the breeze that we would like it to blow. But at the end of the day, it’s a shift and it’s a job they have to do, and they do it with their head up.

The Department of Correction told WNYC that it has installed additional air conditioning units and fans there. Did you see them? Did those measures seem to be working?

We saw that the Department of Correction staff took steps to help with the conditions. They installed fans in all the units and air conditioners in many others. But they also attempted to relocate individuals who have heat-sensitive issues to those particular units.

But often the fixes are not enough. There’s a crumbling infrastructure there and it’s old. It can’t support the air conditioners across all housing areas. So if you try to put some new air conditioning in the old buildings, it just does not work. And unfortunately, you have human beings who are occupying those spaces.

So as we mentioned, you have a very personal connection to Rikers. You spent time there when you were just a teenager. Can you tell us more?

The time I spent there as a teenager, you know, it was hot. I can recall going through the corridors, laying on the floor in my cell blocks, running the cold water so it can stay cold. I can recall cellmates and staff being frustrated and aggravated cause the heat was just unbearable. Most of us did not go outside for rec for the hour allotted to us, most of us just declined going out because it was just too hot outside in the yard. So I can resonate with what they’re going through now, especially in this heat wave.

So as you’ve mentioned, there’s no shortage of issues at Rikers. Beyond heat, many activist defense attorneys, elected officials including you, are calling for a federal takeover of the island or just completely shutting it down. Can you tell us more about what you think should happen?

I think that our mayor and our commissioner are totally and highly capable of turning this thing around. But I would like to see them partner with feds to expedite resources such as air conditioning and repairing infrastructure on the island. I certainly know that our mayor would knock it out of the park if given an opportunity to, but summer don’t wait for anyone. It doesn’t discriminate, that heat that hits you. And we need some real-time solutions.

Eddie Gibbs represents parts of Harlem, the Upper East Side, and Randall’s Island for the New York State Assembly. Thanks for joining us, Assemblymember.

Thank you for having me, and look forward to chatting with you again sometime soon.

Roquan Smith says he expects big plays from himself after performance in Bears win over Texans
Only On: Manhattan Beach community fed up as symbols of hate continue to appear at local schools
How Mercedes is using software to rewrite product development playbook
Chicago police officer recommended for firing after crash that killed 89-year-old woman
Boy, 3, dies after he was allegedly pushed from Navy Pier into lake