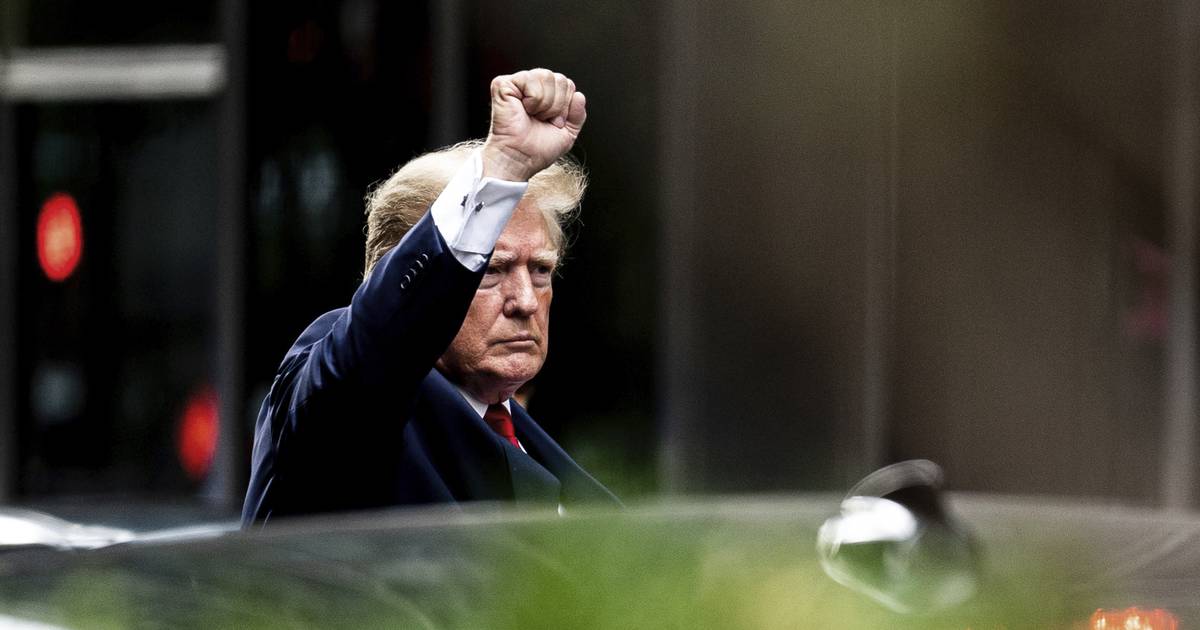 It’s been a bad week for former President Donald Trump, who on Wednesday morning found himself in the hot seat pleading the Fifth as he finally sat down for questioning in the New York attorney general’s long-running probe into his pre-presidency business dealings.

But the civil investigation that could soon result in a lawsuit is the least of Trump’s problems. He finds himself surrounded by a constellation of criminal and civil investigations — from his purported efforts to overturn the results of the 2020 presidential election, his family real estate business’s penchant for manipulating property prices to the tune of hundreds of millions of dollars, to allegedly defaming a magazine columnist who says he raped her in the 1990s.

Here’s a look at the main legal threats Trump is facing.

The Justice Department has been conducting a widening investigation into the Jan. 6 insurrection at the U.S. Capitol in which multiple people died.

The DOJ has reportedly expanded its criminal probe to examine Trump himself and his pressure campaign on Vice President Mike Pence to deny the results of the election.

AT STAKE: Attorney General Merrick Garland has vowed to hold every person responsible for the siege to account. Whether that includes Trump and his political allies remains to be seen.

In a series of widely-watched public hearings, the House committee investigating the deadly Jan. 6 attack on the U.S. Capitol laid out the “arc of carnage” sparked months earlier on Election Night when Trump repeatedly made false claims of voter fraud and declared himself the winner.

AT STAKE: While the hearings are primarily symbolic, the committee, which will hear more testimony in the fall, can make criminal referrals to the Justice Department.

On Monday, the FBI executed an unprecedented search warrant at the former commander-in-chief’s Palm Beach, Fla., home as part of an investigation into his administration’s handling of classified documents taken from the White House.

AT STAKE: Federal law bars the removal of classified documents to unauthorized locations. To bring criminal charges against Trump, investigators would need to prove he acted knowingly.

The Manhattan district attorney’s investigators have been probing the Trump Organization and top company executives since 2019. The inquiry has resulted in criminal tax fraud charges against the company and its long-serving chief financial officer Allen Weisselberg. They have pleaded not guilty and are set to go on trial this fall.

AT STAKE: Manhattan DA Alvin Bragg has insisted the investigation remains ongoing and that charges could still come against Trump. If convicted at trial, Weisselberg faces up to a year in prison and tens of thousands of dollars in fines. If Bragg decides to indict Trump, the former president will face the same fate.

New York Attorney General Tish James’ probe into the Trump Organization is running parallel to the DA’s and is examining much of the same conduct. Investigators say they’ve uncovered evidence that Trump Org executives habitually misrepresented the value of company properties by hundreds of millions of dollars to score favorable loans and tax breaks.

AT STAKE: Trump’s already lost $110,000 in daily fines for failing to hand over evidence on time. He will stand to lose a lot more if James’ office follows through with a lawsuit against him and his family real estate business seeking financial remedies.

The writer and former Elle Magazine columnist is taking Trump to trial in early 2022 for claiming in a White House press conference that she was lying in response to allegations he raped her at Bergdorf Goodman’s in the mid-1990s. The then-president notoriously told reporters Carroll was “not my type” in denying the sexual assault.

Get updates on the coronavirus pandemic and other news as it happens with our free breaking news email alerts.

AT STAKE: If found liable at trial, the former president will likely be on the hook for a major payout.

Fulton County District Attorney Fani Willis launched a probe into Trump and his political allies after Georgia Secretary of State Brad Raffensperger taped a call of him demanding he “find” enough votes to overtake Biden.

AT STAKE: Trump and his allies, including personal lawyer Rudy Giuliani, could face criminal charges if Willis can prove to a grand jury they broke state law by privately pressuring Georgia’s top election official to invalidate Biden’s victory.

Trump is set to go on trial in September charged with influencing a violent exchange between Trump Tower security guards and protesters denouncing his anti-immigrant rhetoric in 2015.

The five men, one of whom has since died, are suing Trump, his 2016 presidential campaign and his former head of security for allegedly assaulting them outside his Fifth Ave. skyscraper.During his last New York deposition before Wednesday’s sit-down with the AG, Trump said said he didn’t witness the incident in real time but said he saw nothing wrong with the footage.

AT STAKE: If he loses the case, Trump will likely be on the hook for another hefty legal settlement.