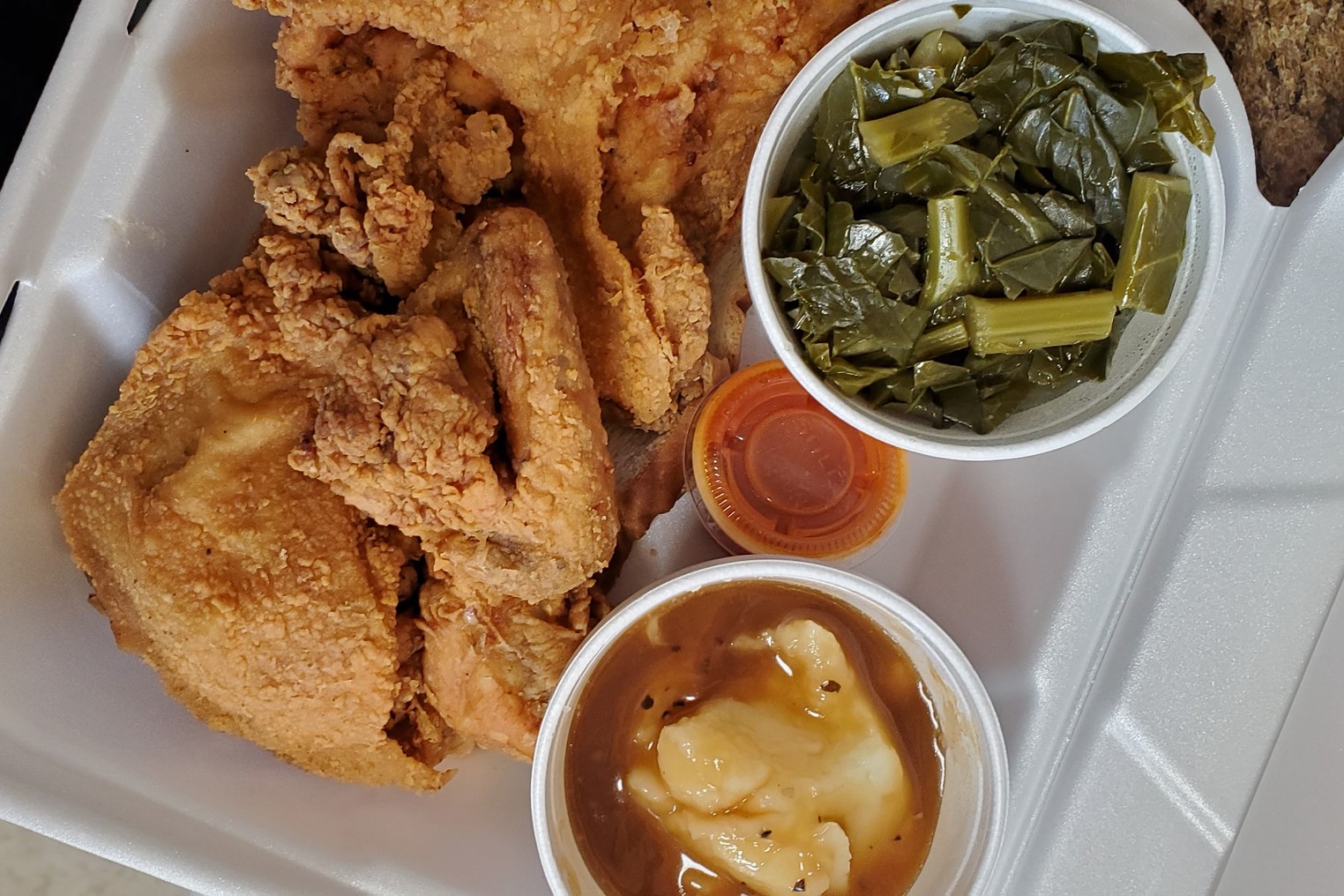 US
Share on Facebook
Share on Twitter
Share on Pinterest
Share on LinkedIn
Welton Street Cafe is in search of another temporary home as it awaits the start of construction on its new restaurant space at 2883 Welton Street — the space is leased, but needs a full kitchen, bar and dining room build out. The restaurant has been operating as a take-out-only kitchen at 2258 California Street for a few weeks, but will close the kitchen there on July 30.

When Welton Street Cafe opened this temporary location at the end of April, Fathima Dickerson, designated spokesperson for her family’s restaurant, knew it might have to move again in July. The restaurant closed its former permanent location in March, after 36 years on Five Points’ Welton Street strip.

At its temporary space on California Street, there is no seating area or storefront. The community has shown up, but it’s been quieter then normal — particularly last month, when Welton Street Cafe would typically be at the center of two festivals: Jazz Fest and Juneteenth. “Normally we’d have a lot more traffic, but the festivals are fenced in, and we’re on the outskirts,” says Dickerson. “So we didn’t have as successful festivals as we normally would.”

In addition, people have struggled to find the temporary location. Even Google Search and Maps has been redirecting people away from the California Street location. “People are under the impression we’re already at 29th and Welton [Streets],” Dickerson notes. “We’re trying our best to keep our patrons informed. We have three different addresses that people are trying to navigate. There’s a lot of confusion over where Welton Street Cafe is.”

Fathima Dickerson stands outside Welton Street Cafe’s to-go space, which will be open through July 30.

The family has toured two different locations, but neither were a fit for the restaurant’s next temporary space. Dickerson says they intend to have a place that drives traffic and allows customers to come up and order — she’s even considering a kitchen and counter space on the Auraria campus.

If the restaurant cannot find a place that allows for in-person customer interaction, it will likely rent a commissary kitchen and just offer catering, which has picked up significantly. June was particularly busy, thanks to offices celebrating Juneteenth. “It was like another Black History Month,” she notes.

Not having a home for the restaurant has been tough on a family that has lived and breathed Five Points and serving its community for decades. “I don’t know how to feel. It’s still a rocky space for me,” Dickerson admits. “It’s hard not having control over the situation and being patient and waiting.”

The architect working with Welton Street Cafe has said once construction begins, the build out is anticipated to take about four months — but the construction hasn’t yet begun. The Dickersons are also still trying to raise the full $600,000 for the full project via a GoFundMe, with $106,742 raised to date.

Members of the Dickerson family stand in front of the Welton Street location that closed March 12.

Finding additional funding has been tough — Dickerson says that applying for grants and loans is a full-time job, and there are so many stipulations around number of employees and geography. Most grants and loans are for startup business, not “legacy businesses” as she calls her family’s restaurant. “People think this is the easiest thing, but I don’t recommend it,” she says. “It’s hard just trying to find lenders that really believe in you.”

Customers have asked why they don’t just move into a space that’s already “restaurant ready” or to a different part of the city. “Just because a building is restaurant ready doesn’t mean it’s ready for us,” she explains. And, as noted on its website, many consider the restaurant to be the heart of Five Points.

Welton Street Cafe’s temporary location, at 2258 California Street, is open 11 a.m. to 7 p.m. Thursday through Saturday for takeout only through July 30. Orders can be placed by calling 303-296-6602. For more information, follow Welton Street on Instagram or visit its Facebook page.