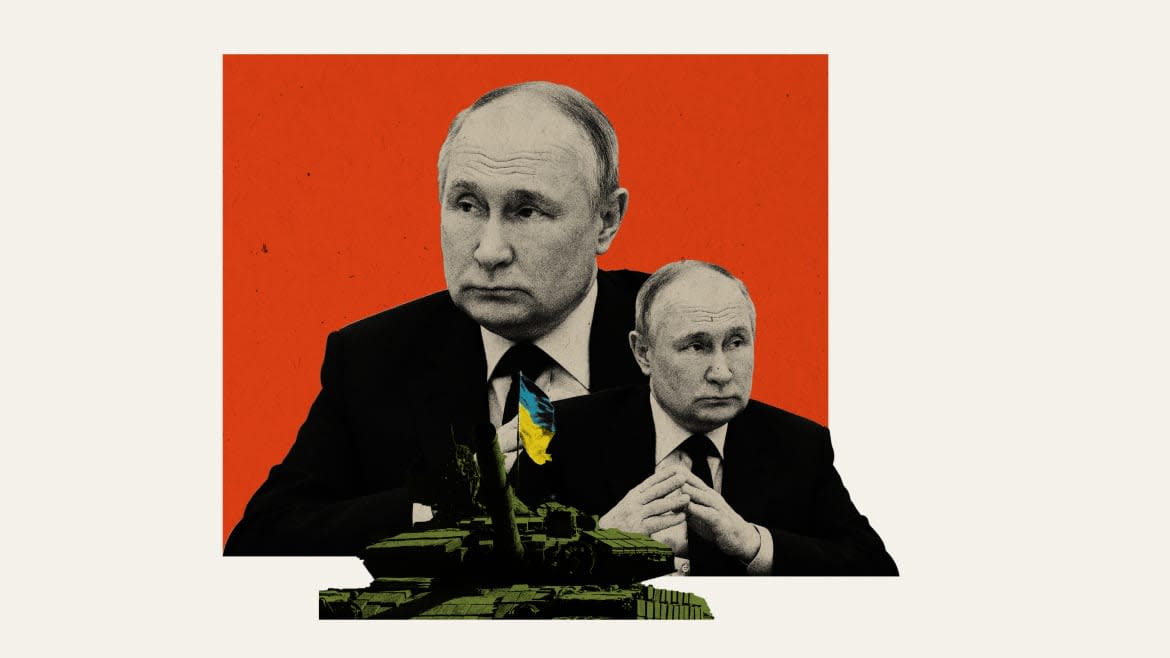 Russian forces took a key region in eastern Ukraine over the weekend, thanks in part to Moscow stepping up its coordination and war planning, according to a British intelligence assessment released on Tuesday.

This change in Russian forces’ approach to fighting in Eastern Ukraine could be the early signs of a brand new—and worrying—phase in Russia’s devastating war in Ukraine.

While Ukrainian officials first denied that they had lost Lysychansk, one of the last strongholds in Eastern Ukraine’s Luhansk, Ukrainian forces confirmed Sunday they withdrew from the area. Russian forces took over Sunday and Russian President Vladimir Putin declared victory on Monday.

Russia’s success in Luhansk wasn’t an accident. While Russian forces have been bogged down by previous missteps in the war for months, Russian forces are getting better at executing their war plans and operating across teams. Putin has likely achieved effective coordination between two major fighting groups in the Donbas, according to the intelligence assessment.

“Unlike in previous phases of the war, Russia has probably achieved reasonably effective coordination between at least two Groupings of Forces, the Central Grouping likely commanded by General-Colonel Alexandr Lapin and the Southern Grouping probably under the recently appointed General Sergei Surovikin,” the assessment states.

That’s a world of difference from the previous four months of war, during which Russian forces haven’t coordinated well, have faltered in their logistics and planning, and have been actively trying to sabotage their own attack plans rather than fight like a well-oiled machine.

It’s a particularly alarming development given that Russia likely won’t stop in Luhansk. The current U.S. assessment is that Russia still maintains plans to take all of Ukraine, not just eastern Ukrainian territories, a U.S. ambassador told The Daily Beast.

And in the coming days, Russian forces could be turning their attention to other territories in the east of Ukraine, including in neighboring Donetsk.

Putin urged Russian forces to continue through the region “as has happened in Luhansk” and said they “must carry out their tasks according to previously approved plans.”

Watch: Russia fires rockets at Ukraine mall with over 1,000 inside

Already, Russian forces are focusing on Siversk, Fedorivka, and Bakhmut in the Donetsk region, according to the Ukrainian General Staff. In just the last several days Russian forces have also been focused on attacking multiple cities and regions shelling the Donetsk region, as well as Dnipropetrovsk and the regions of Mykolaiv, Sumy, Kharkiv, Zaporizhzhia, Kherson, Chernihiv, and Khmelnytskyi, according to the regional military administrations.

“In the Bakhmut direction, the enemy shelled our troops with mortars, barrel and rocket artillery in the areas of Kodema, Pokrovske, Zaytseve, Zalizne and Novoselivka settlements,” the General Staff of the Armed Forces of Ukraine said Tuesday.

This doesn’t mean Russia is going to coast toward victory, though, according to Michael Kofman, the Russia Studies Program research program director at CNA, a national security research organization.

“This is a critical time for the Ukrainian military because these are the few months during which they’re very low on artillery ammo, they’re trying to transition to Western systems. They don’t have many of them yet, or they don’t have them fully deployed and they’re still training up on them,” Kofman told The Daily Beast. “This current phase is mostly one for Ukraine of survival and trying to take back what territory they can on the battlefield. What people have not really seen what Ukraine might be able to do with a somewhat recapitalized military and the benefit of Western weapons.”

And although Russia could be on the verge of taking even more of the Donbas, the win in Luhansk could serve a purpose all by itself that has nothing to do with taking more territory: Putin now has a message he can blast out domestically about successes in the so-called “special military operation,” which he claimed Russia was undertaking to help eastern Ukraine, including Luhansk.

“Russia’s relatively rapid capture of Lysychansk extends its control across virtually all of the territory of Luhansk Oblast, allowing it to claim substantive progress against the policy objective it presented as the immediate purpose of the war, namely ‘liberating’ the Donbas,” the U.K. Ministry of Defense said Tuesday.

For Russia and Ukraine, the battle for Luhansk is not the end, Kofman said.

“The battle for Severodonetsk and Lysychansk may be over but we are currently in what is essentially the buildup to what will eventually be the battle for Sloviansk and Kramatorsk, and the big question is whether or not the Russian military can take those cities,” Kofman said.

Putin has ordered an operational pause for Russian forces in the region, according to the Institute for the Study of War, and Ukrainian officials said they doubted the Luhansk win meant Russia was on track to win the war.

“It hurts a lot, but it’s not losing the war,” Luhansk regional governor Serhiy Hayday said, according to Reuters.

Read more at The Daily Beast.

Get the Daily Beast’s biggest scoops and scandals delivered right to your inbox. Sign up now.