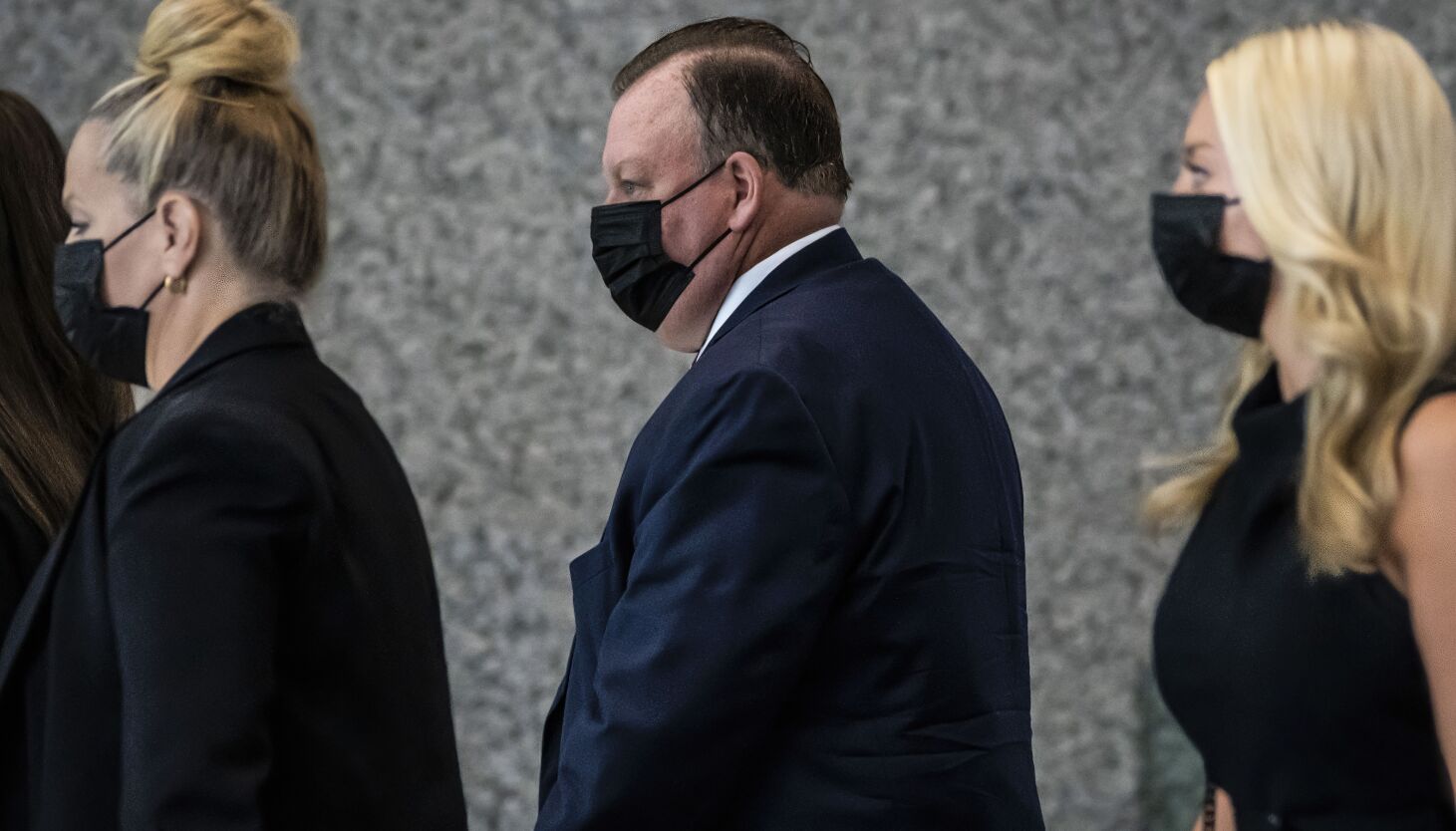 Former Chicago Ald. Patrick Daley Thompson has been sentenced to four months in federal prison for cheating on his taxes and lying to regulators in the federal criminal case that cost him his seat on the City Council earlier this year.

U.S. District Judge Franklin Valderrama handed down the sentence during a hearing Wednesday at the Dirksen Federal Courthouse in Chicago’s Loop. Thompson is the grandson of the late Mayor Richard J. Daley and a nephew of former Mayor Richard M. Daley.

Before he was sentenced, Thompson told the judge that the last four years of his life “have been a nightmare for me, especially for my family.” And he said the person depicted at trial and in news reports was “foreign to me.”

Thompson insisted “there’s not a question about any of my conduct as an elected official.” And he said, “I believed, and I believe, that my conduct was not criminal.”

“I’ve made mistakes,” Thompson said. “Those mistakes have cost me dearly. They’ve cost me my livelihood, my job, my position as a public servant, my law license, and now potentially my freedom’s at stake.”

In the clearest reference to his famous political family, Thompson also told the judge, “my family’s been in public service. I followed that line. It’s an honorable business.”

While it’s not unusual for cases to linger for years at the federal courthouse — especially public corruption cases involving Thompson’s colleagues — Thompson’s sentencing day arrived just 14 months after his indictment in April 2021.

But unlike Ald. Edward M. Burke (14th) or Ald. Carrie M. Austin (34th), who also face federal indictments, Thompson’s attorney immediately began asking for a trial date when his client was arraigned in May 2021. He said he wanted to clear Thompson’s name.

Nine months later, a jury would find Thompson guilty of every count leveled against him. His trial lasted about a week, and the verdict left members of his family in tears. Thompson’s wife, Katie, recently wrote in a letter to the judge that, “everything we have worked for our entire lives has been depleted — financially, reputationally, and even what we thought were solid friendships. Every belief and promise we ever made has been shaken to the core.”

Thompson’s defense team accused federal prosecutors of stooping “to conspiracy theories, exaggerations, and falsehoods” as they sought prison time for the former City Council member. But the feds argued that Thompson “simply thought he could get away with paying less than what he owed, and was willing to lie to accomplish that goal.”

They argued that he had an “irregular and cozy” relationship with Washington Federal Bank for Savings in Bridgeport. And they said they could “discern no reasons” for his preferential treatment there “other than his status in the community and his role as an elected official.”

Thompson joined the board of the Metropolitan Water Reclamation District of Greater Chicago in 2012 and the City Council in 2015.

Prosecutors also pointed to Thompson’s role as a lawyer and officer of the court — significant because it meant he knew “the importance of candor when dealing with financial institutions.”

Thompson’s conviction revolved around $219,000 he received between 2011 and 2014 from Washington Federal. The bank was shut down in December 2017 amid allegations of massive fraud, days after its president was found dead in a bank customer’s $1 million home.

Thompson made one $389.58 payment on the loan in February 2012 but paid no interest, according to the feds. After Washington Federal failed in 2017, the Federal Deposit Insurance Corp. handed Thompson’s loan over to Planet Home Lending.

Thompson falsely claimed deductions for mortgage interest purportedly paid to Washington Federal on his tax returns for the years 2013 through 2017. Thompson also lied in early 2018 to a Planet Home Lending customer service representative and two FDIC contractors about how much he borrowed.

He settled with the FDIC for $219,000 in December 2018, records show. He also filed amended tax returns and attempted to pay the taxes he owed, but the returns and payments for 2013, 2014 and 2015 were rejected for being too old, an IRS agent testified.