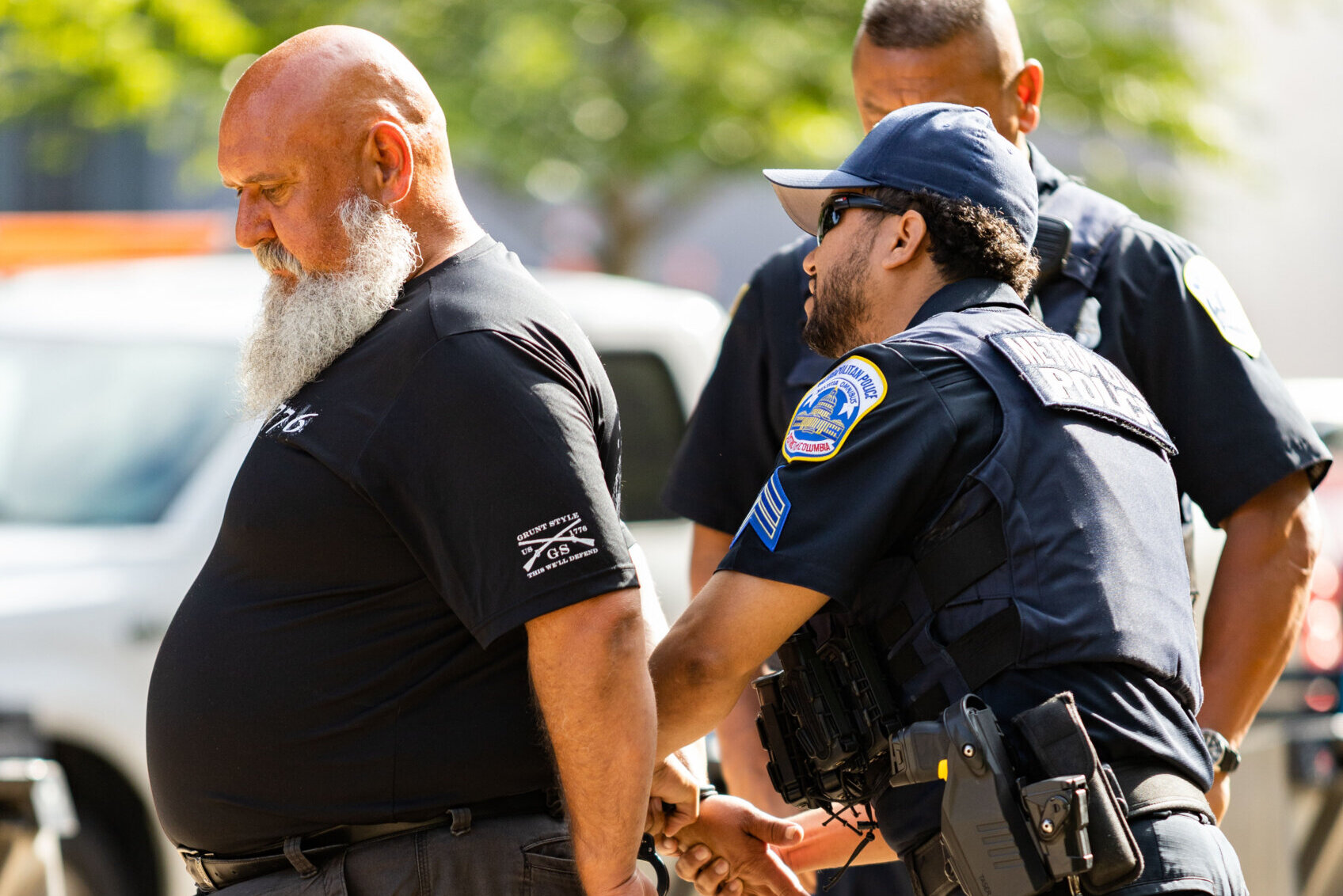 David Riddell — known within the convoy as “Santa” — was taken into custody by D.C. police on a Maryland arrest warrant Wednesday morning.

The leader of the 1776 Restoration Movement trucker convoy was arrested Wednesday in D.C. on charges of impeding traffic and disobeying a police order on the Fourth of July.

David Riddell — known within the convoy as “Santa” — was taken into custody by D.C. police on a Maryland arrest warrant Wednesday morning, two days after groups of truckers drove slowly and snarled traffic on Interstate 270 and the Capital Beltway in Montgomery County, Maryland.

A spokesperson for the Maryland State Police confirmed Riddell was charged with disturbing peace/hindering passage, disorderly conduct and failure to obey a lawful order. He will be extradited to Maryland following his arrest on the National Mall.

Several dozen truckers made the drive into D.C. in the pre-dawn hours of Wednesday and parked along Madison Drive, near the Smithsonian Museum of American History.

Livestreams from participants later showed D.C. officers approaching Riddell in front of the yellow fire truck often driven at the front of the convoy. Kyle Anderson, a photojournalist who witnessed Riddell’s arrest, told WTOP that officers had asked to speak with him privately before moving to arrest him.

“Riddell told the other convoy members it was fine and walked with an officer for about a minute. Riddell then peacefully put his hands behind his back and was handcuffed,” Anderson said.

“He didn’t speak or say anything at all, though once I started taking pictures, a few of the other convoy members started running over to see what was going on. Those people repeatedly demanded to know why he was under arrest, and insisted that he did not break any laws.”

The 1776 Restoration Movement is a vestige of The People’s Convoy, a group that came together earlier this year to protest pandemic restrictions and other grievances after similar protests in Canada that featured attempts to obstruct cross-border traffic.

The convoy’s original organizers announced its dissolution after the group’s eviction from the Hagerstown Speedway in late May, following two months of slow roving on the region’s roadways. Riddell helmed a continuation of the convoy under the name 1776 Restoration Movement, now based in West Virginia.

Get breaking news and daily headlines delivered to your email inbox by signing up here.

© 2022 WTOP. All Rights Reserved. This website is not intended for users located within the European Economic Area.