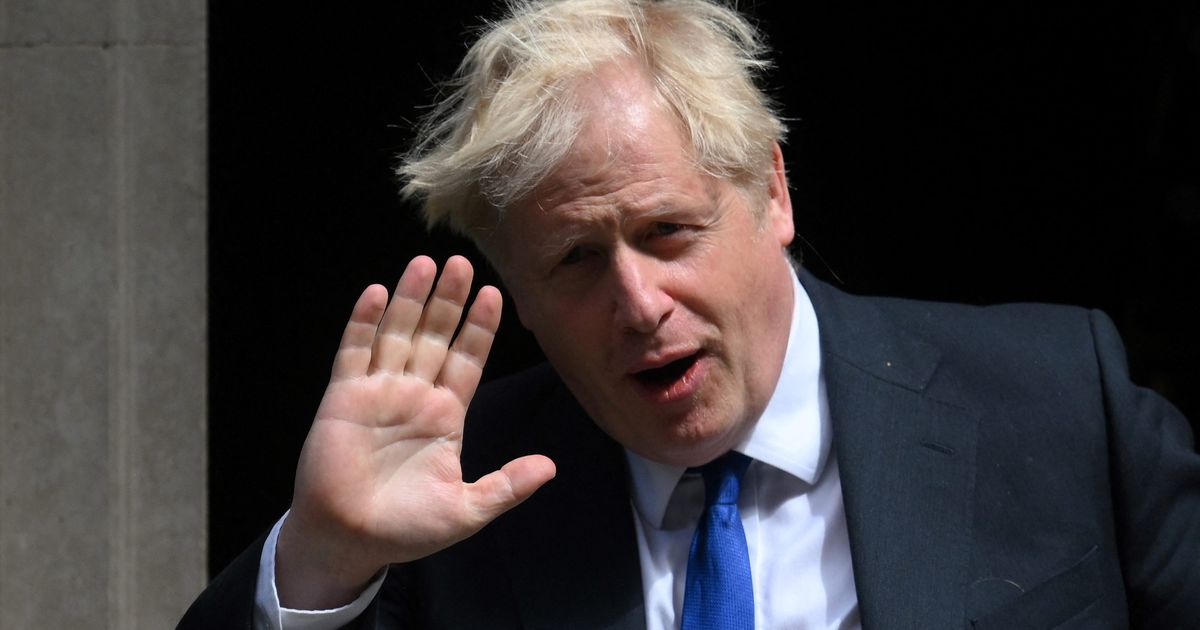 LONDON — A delegation of Boris Johnson’s top ministers — including the chancellor he appointed less than 24 hours ago — is urging the U.K. prime minister to resign.

Among the group visiting Johnson at No.10 Downing Street Wednesday evening is Nadhim Zahawi, appointed to the top finance role on Tuesday following the dramatic resignation of his predecessor. Johnson’s government has been hit by two days of highly damaging resignations, and months of questions over his leadership of the Conservative Party.

Welsh Secretary Simon Hart, Northern Ireland Secretary Brandon Lewis and Transport Secretary Grant Shapps — long loyal to Johnson — are also part of the contingent speaking to Johnson at No.10 and urging him to quit, according to three officials close to the Cabinet. There were reports Michelle Donelan, the newly appointed education secretary, is also part of the delegation. One government official confirmed that report.

The Times meanwhile reported that Home Secretary Priti Patel, previously a staunch defender of Johnson and one of his most senior ministers, had spoken to the Tory leader and sided with those urging him to go.

Despite facing more than 30 government resignations — including the exit of top ministers Chancellor Rishi Sunak and Health Secretary Sajid Javid within minutes of each other — over the course of a day, the U.K. prime minister defiantly declared Wednesday he would “keep going.”

Pressed on reports that the delegation of top ministers was waiting to make its move just streets away, Johnson told the House of Commons liaison committee he would not give a running commentary on political events.

Instead, he brushed off calls to go to the country in a general election, and told senior Conservative MP Bernard Jenkin: “On the contrary, what we need is a stable government, loving each other as Conservatives, getting on with our priorities.”

In the latest developments on Wednesday:

Johnson’s government has been in crisis mode for months, first fending off criticism about coronavirus lockdown-busting parties attended by key figures at the top of British politics, including Johnson himself, and later over Johnson’s handling of allegations of abusive behavior by Conservative MPs.

Unless he bows to Cabinet pressure, there is, however, no immediate mechanism to remove Johnson. Convention dictates that a prime minister bow out voluntarily once they lose the confidence of their party, but he is under no obligation to do so.

Johnson narrowly survived a vote of confidence in his leadership in June and under current Conservative Party rules, he is immune from another challenge until 12 months have passed.

The 1922 committee of Tory backbenchers — which oversees the party rules — on Wednesday opted not to scrap this rule and trigger an earlier confidence vote.

The committee was concerned that No.10 would accuse them of not having the mandate to do so — but it could be a temporary reprieve.

The group of Tories is planning elections to its 18-strong ruling executive on Monday, and the new executive will be able to change the rules if they wish.

Conservative MP Pauline Latham summed up the mood of many of her Conservative colleagues as Johnson dug in Wednesday night.

“It does make you wonder what his mindset is,” she told Sky News. “Because he’s like a wounded animal desperately trying to stop being killed, actually he needs to move across and allow room for somebody new who can run the country properly with a moral compass.”

Daily horoscope for Aug. 6, 2022
We laughed during her funeral, and I don’t regret it
Red Sox remain hopeful Chris Sale will pitch again in 2022
I don’t want my hatred to be obvious at husband’s funeral
Police seek to fire officer after video shows excess force