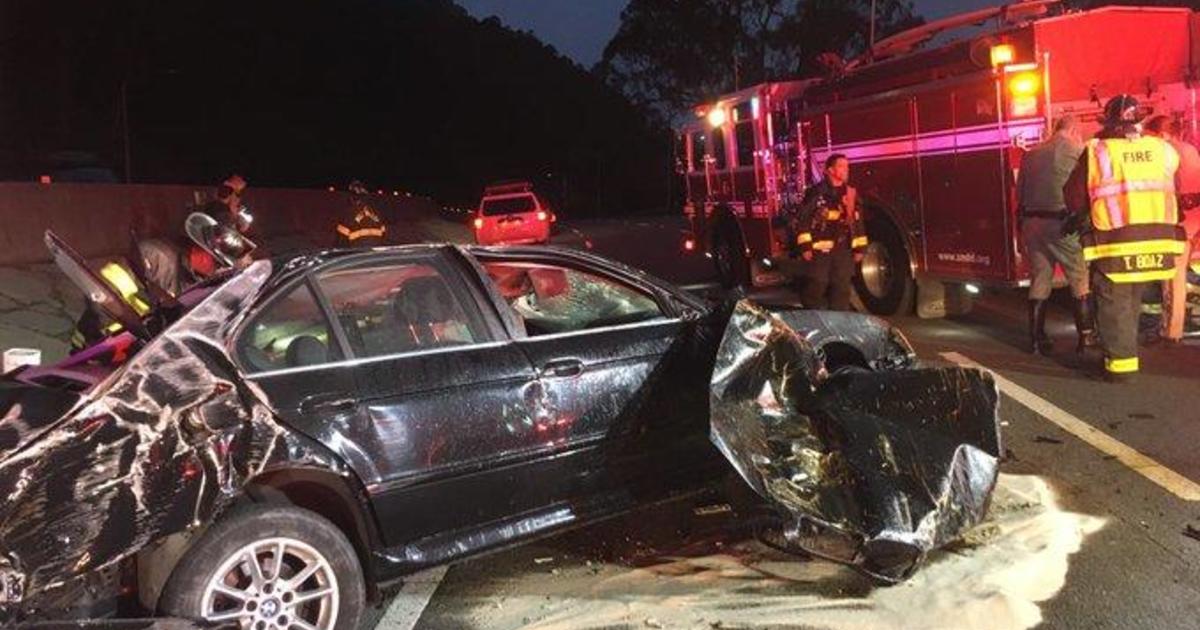 SAUSALITO (CBS SF) — Good Samaritans and CHP officers pulled a driver from a burning car after a rollover crash on US Highway 101 at Spencer, in Sausalito Tuesday night.

According to Southern Marin Fire the driver was critically injured and transported to the hospital.

Authorities posted several photos of the mangled car along with a warning.

“The stretch between the Robin Williams Tunnel (Waldo Grade) and the lower portion of 101 in Sausalito/Marin City can be dangerous especially at high speeds,” and “Please slow down and abide by posted speed limits.”

Taliban, Haqqani Network Closer than Ever, a Year After Biden Admin Claim They Were ‘Separate Entities’
Opinion | Afghanistan, One Year After the Fall
Steve Martin announces retirement, sort of: ‘This is, weirdly, it’
Texas CPS employee fired after allegedly telling 14-year-old girl to become a prostitute
College Football Player Dies After Teammate Finds Him Collapsed During 3rd Day On Campus – NBC Chicago