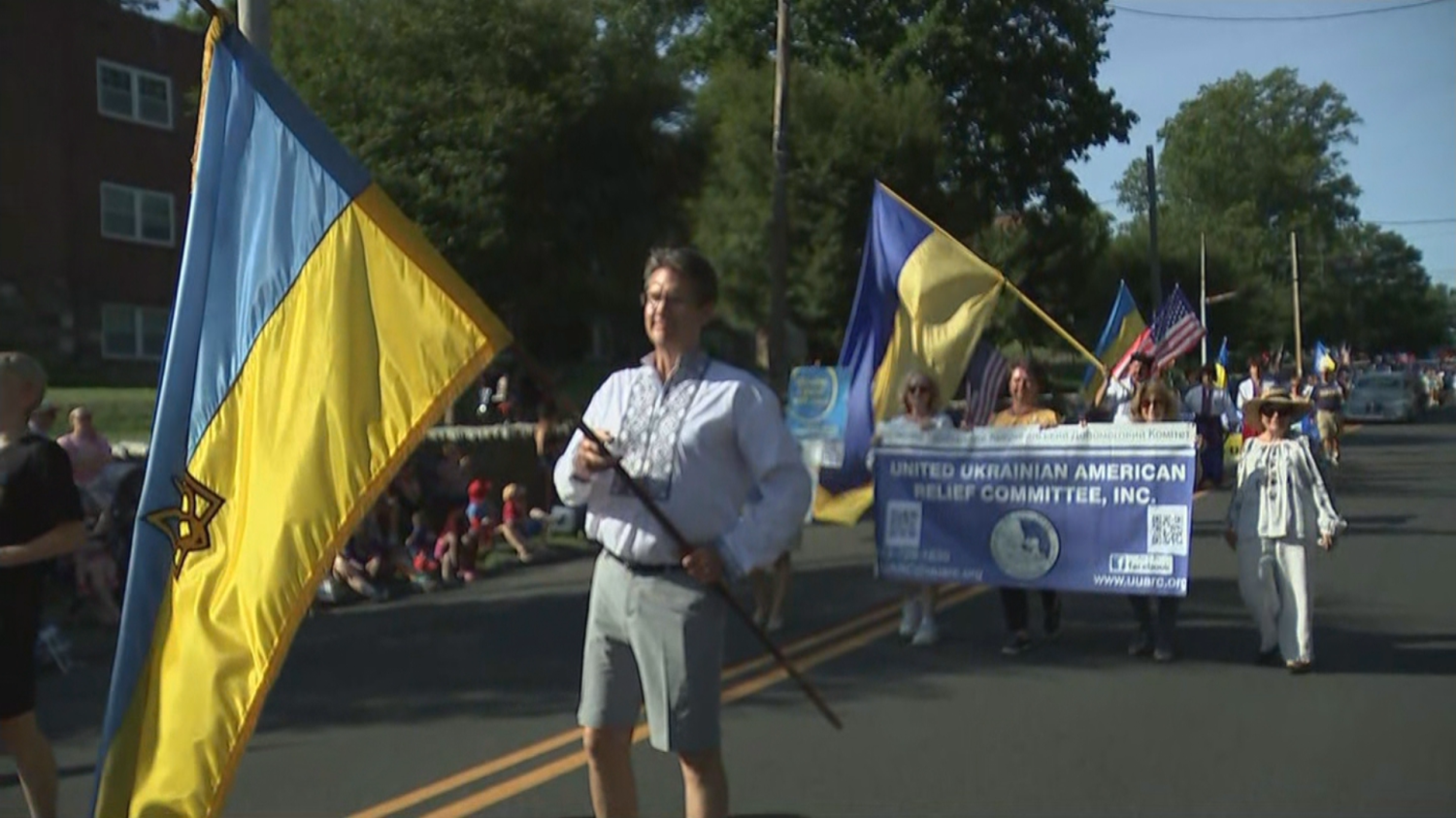 GLENSIDE, Pa. (CBS) — Refugees who escaped the war in Ukraine are celebrating the Fourth of July in the Delaware Valley. In Glenside, Montgomery County, residents honored Ukrainians during the Independence Day celebration.

It’s a small town with a big parade that brings people out in droves from all backgrounds and all ages.

“Eighty-some years,” Glenside resident Ruth Kistner said. “I’ll be 88 this year and I’ve been coming down since first or second grade.”

“I just retired from the police department,” Chris Gallagher said. “I had been to work this parade for 20 years and I thought it would be nice to check it out one time off duty.”

But this July 4, there was a slight change in Glenside’s Independence Day celebration.

It featured hints of yellow in a sea of red, white and blue in honor of a country whose freedom is in jeopardy.

“I am American and I am Ukrainian so this is American independence and I feel my future should be the same,” Andriy Kulynin said.

Kulynin joined others down Easton Road Monday with signs urging people to stand with Ukraine as the Russian military continues to gain ground as the war wages on.

“Unfortunately, the situation on the ground there is getting worse,” Motrja Watters, executive director of United Ukrainian American Relief Committee, said. “It’s not getting better. I don’t know what’s going to happen tomorrow, tonight. Every day there’s something new. It’s not stopping. They need help, they need military help. They need humanitarian help. I just ask the people out there not to forget about Ukrainian people.”

In a tweet, Ukrainian President Volodymyr Zelensky said he appreciates the leadership and assistance of the United States in Ukraine’s defending of common values — freedom, democracy and independence.

And as hundreds gathered to celebrate Americans’ freedom, Ukrainians say they will continue to fight for theirs.

“We are very fortunate that we’re in this country and I really hope that someday, the Ukrainian people can actually feel that feeling of true independence and true freedom,” Watters said.