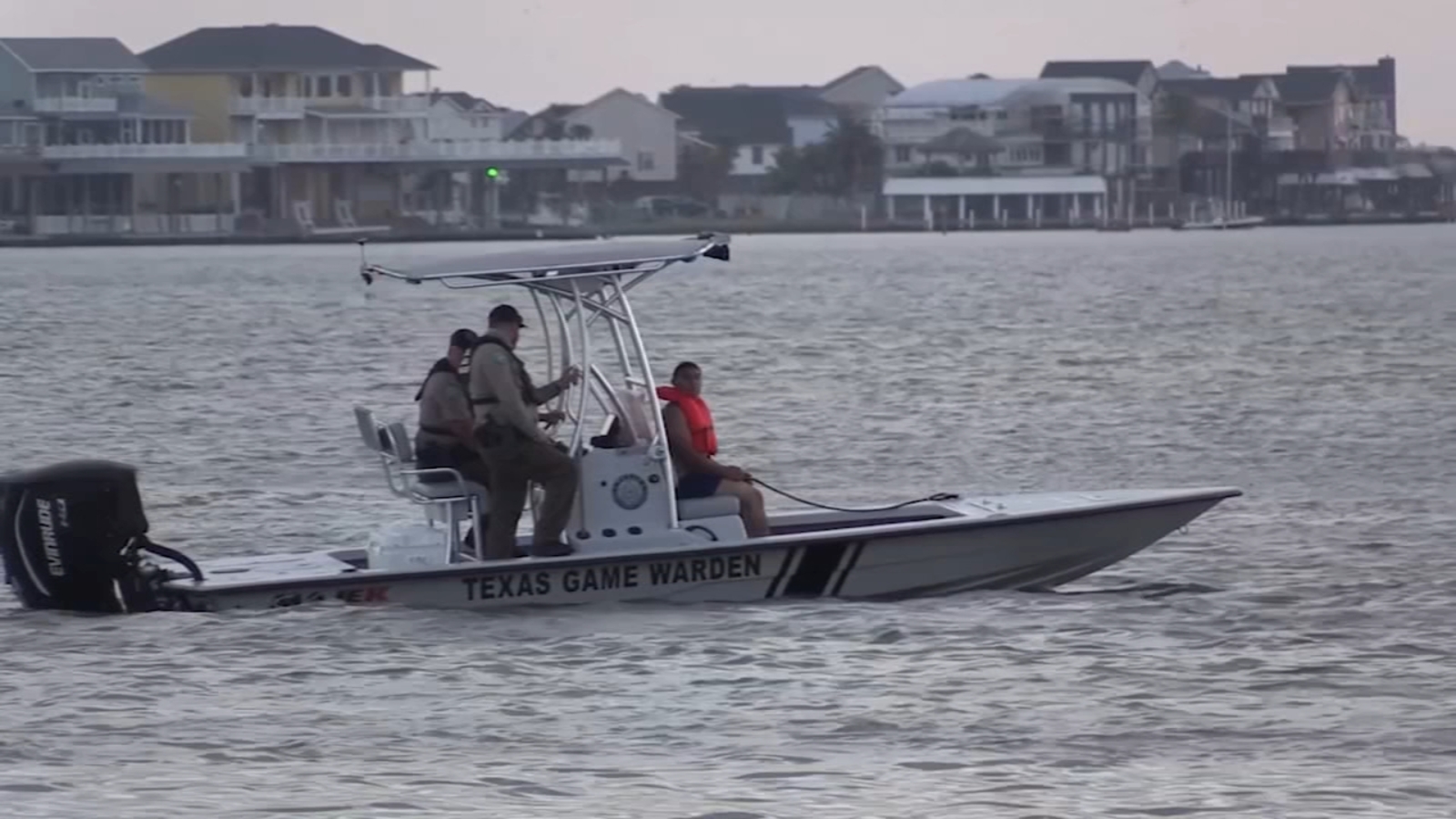 The Galveston County Sheriff’s Office said a swimmer, identified as 21-year-old Daniel Gonzalez, was swimming with family members in waters near the railroad tracks that run along I-45 at Tiki Island when he went missing on Saturday.

He was able to swim out about 200 yards when his family lost sight of him and has not been seen since, said Sheriff Henry Trochesset.

“It’s unfortunate,” said Christian Mills, who was out fishing in the area Monday. “There’s a lot of places to get lost here. Be careful for sure.”

Two Parks and Wildlife boats and drones were deployed to help the sheriff’s office and Tiki Island marine divisions in the search.

Over the weekend, the Houston Police Department responded to a different drowning at Lake Houston.

A dive team recovered a 16-year-old’s body, who investigators said, tried swimming to an island and never resurfaced.

Sunday, a toddler was taken to the hospital after someone found him floating in a pool at Baystone Apartments.

Just a few miles south from where crews looked for Gonzalez, Surfside Beach has advised everyone about strong rip currents on Monday.

The search for Gonzalez was suspended on Sunday night.

ABC13 reached out to Trochesset, who confirmed that a body was found at 10 a.m. at Virginia Point and that the person matches the description of Gonzalez.

Still, the Galveston County Medical Examiner is working with the family for an official ID.