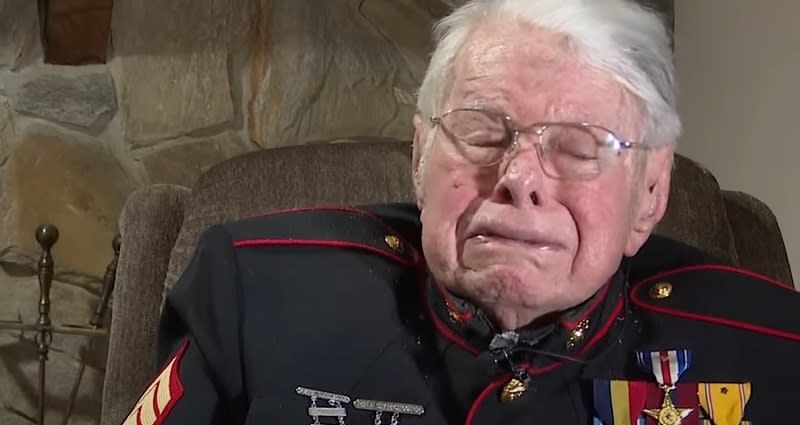 A U.S. veteran who saw action in World War II lamented the current state of the country while celebrating his 100th birthday.

Carl Spurlin Dekel, who spent his special day on June 29 with friends and family, broke down in tears as he told Fox13 in an interview shared the day after that his fellow soldiers did not die in the war for what America has now purportedly become.

“People don’t realize what they have… the things we did and the things we fought for and the boys that died for it, it’s all gone down the drain. Our country is going to hell in a handbasket,” Dekel said.

According to the Silver Star recipient, he has lived a good life, attributing his longevity, happiness and good health to his appreciation for the small things.

More from NextShark: 16-year-old from India is youngest ever to defeat Magnus Carlsen during his World Chess Champion reign

“I sincerely believe in this whole world, that everything is beautiful,” he shared. “If I wake up in the morning and see these plants out here… and all those flowers that are in there, and the green grass on the ground, that’s beautiful.”

While the native of Lakeland, Florida, takes pride in all the awards and recognition he has received, his memories of his friends in the Marines who he lost in the war bring him to tears.

More from NextShark: US Veterans Are Now Patrolling SF Chinatown to Protect Community

While Dekel did not go into details, his dissatisfaction with the country’s current state reflects the views of the majority of the population based on a survey by Pew Research Center published in January.

The study reveals that 21 percent of Americans are satisfied with “the way things are going in the country today,” while 78 percent feel dissatisfied. The study also noted that the majority of the public view the country’s current economic situation in a negative light.

In addition to accelerating inflation, the U.S. also faces rises in mass shootings, hate incidents and other violent crimes.

More from NextShark: Elderly Asian American woman, 68, chased and punched to the ground in Chelsea

“I want the young kids to realize that freedom comes with a heavy price,” Dekle said in an interview with Plant City Courier & Tribune in 2009. “It isn’t given to people out of the goodness of others. It’s something you have to fight and sometimes die for.”

More from NextShark: Man arrested after nailing Putin straw doll to sacred tree in Japan as part of death curse