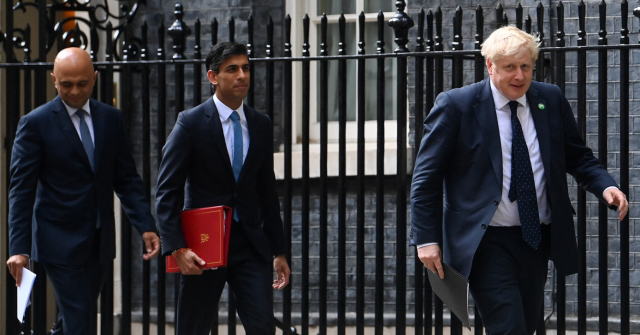 Two of Prime Minister Boris Johnson’s most senior cabinet advisors have quit following accusations of the government lying about the PM’s knowledge of sexual improprieties on the part of former Tory MP Christopher Pincher, whom Johnson promoted to deputy chief whip despite being aware of such allegations.

Potentially spelling the end of Prime Minister Boris Johnson’s government, Health Secretary Sajid Javid and Chancellor of the Exchequer Rishi Sunak have both submitted letters of resignation following the growing scandal involving former deputy chief whip Christopher Pincher — who has been accused of sexually inappropriate behaviour against two men — and Johnson’s decision to promote the MP despite having knowledge of similar accusations in 2019.

Mr Javid, who previously stood against Boris Johnson in the Conservative Party leadership contest in 2019 following the downfall of former PM Theresa May, said that he had lost confidence in Mr Johnson as the head of the government.

“It was a privilege to have been asked to come back into government to serve as Secretary of State for Health & Social Care at such a critical time for our country,” Mr Javid wrote.

“We [Conservative party] may not have always been popular, but we have been competent in acting in the national interest. Sadly, in the current circumstances, the public are concluding that we are now neither.

“The vote of confidence last month showed that a large number of our colleagues agree.

“I regret to say, however, that it is clear to me that this situation will not change under your leadership and you have therefore lost my confidence too.”

I have spoken to the Prime Minister to tender my resignation as Secretary of State for Health & Social Care.

It has been an enormous privilege to serve in this role, but I regret that I can no longer continue in good conscience. pic.twitter.com/d5RBFGPqXp

Quickly following Javid’s announcement, Rishi Sunak, who succeeded Javid as Chancellor of the Exchequer, released a resignation letter of his own.

The former hedge fund banker said in his letter that “the public rightly expect government to be conducted properly, competently and seriously”.

“I believe these standards are worth fighting for and that is why I am resigning”.

“I publicly believe the public are ready to hear that truth. Our people know that if something is too good to be true then it’s not true. They need to know that whilst there is a path to a better future, it is not an easy one.

“In preparation for our proposed joint speech on the economy next week, it has become clear to me that our approaches are fundamentally too different.”

“I am sad to be leaving government but I have reluctantly come to the conclusion that we cannot continue like this.”

The resignations come after Downing Street admitted that the Prime Minister had been briefed on sexually inappropriate behaviour by Christopher Pincher MP, despite earlier denials from the government. Number 10 claimed that Mr Johnson had forgotten about the allegations against Mr Pincher.

The public rightly expect government to be conducted properly, competently and seriously.

I recognise this may be my last ministerial job, but I believe these standards are worth fighting for and that is why I am resigning.

My letter to the Prime Minister below. pic.twitter.com/vZ1APB1ik1

On Tuesday afternoon, Mr Johnson apologised for elevating Pincher to the role of deputy chief whip, saying: “In hindsight, it was the wrong thing to do and I apologise to everyone who has been badly affected by it.”

“I just want to make absolutely clear that there’s no place in this government for anybody who is predatory or abuses their position of power,” he added.

While Mr Johnson survived a vote of confidence from within his own party last month, which under the rules of the 1922 committee of backbench Tory MPs would prevent another vote on his leadership for one year, some MPs have called for the rules to be changed to allow another attempt to oust the PM.

It is possible, however, with the resignations of both Javid and Sunak that the Prime Minister will be forced to resign from his position without such a battle within the Commons.

Commenting on the resignations of the two senior cabinet members, Nigel Farage said: At last, we have someone in the cabinet who believes in decency.

The Brexit leader, who earlier in the day called on the Conservative Party to ditch Johnson to save their political future, reiterated his point that “the whole government, under this leader, is built on lies.