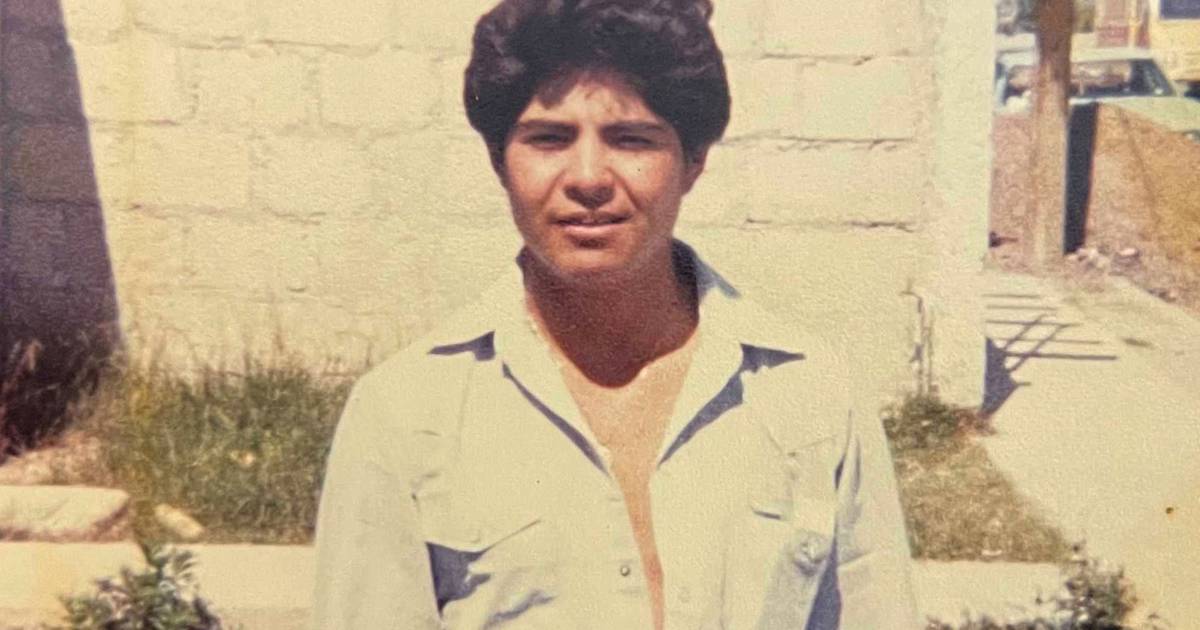 Long before my father died just a year ago, I had already lost him — to time, to distance, to alcohol. He lived on the streets of the same city that I lived in, but I couldn’t see him and I could count the times I ever hugged him on one finger. But even though he was gone, I loved him. I still do.

For years, I have attempted to write about my estranged father. Once so strong and loving. Always hardworking and brave. But I couldn’t because there was no happy ending yet, one in which he recovered from alcoholism and returned home.

After more than a decade of battling his disease in and out of rehab centers — mostly with the help of strangers — he died on a Tuesday morning in June 2021, in an old white truck that he only ever dreamt of fixing up and driving.

I hope he knows he was loved. I would remind him of that whenever he answered the phone. Though he tried to recover, he couldn’t. The shame in his eyes every time I would drop off food or clean clothes helped me understand, over time, that he wasn’t avoiding me because he didn’t love me — he loved me so much he would rather stay distant to avoid hurting me or my siblings.

His addiction and mental health struggles were stronger than his willpower to recover, return home or make a home of his own. That’s something we tend to misunderstand about those dealing with alcoholism or other substance abuse problems that end up letting it take over their lives. Their story and their trauma are very particular; often painful, even agonizing, I would say.

Some are quick to judge those who end up on the street, begging for money and completely lost. My father, even though homeless, was deeply loved. He always had a home in me.

His disease and absence in my life have taught me to extend grace to those who, like him, are lost. Upon his death, I promised to create a home for other parents I encounter in the streets by listening to them, accepting them as they are and connecting them to resources if they choose to walk that way. I hope that other children of alcoholics learn to accept their reality, and that of their parents, forgive them and forgive and give themselves some grace.

Instead of shame, there’s a lot of love and support that we need as we navigate life with a parent who is physically alive but not a part of our lives. I never spoke to anyone about my father. It was a deep pain that I tried to ignore, perhaps because I was too afraid to face it. Or because I didn’t want to explain it and all the complexities to others out of fear people wouldn’t understand. But as time passed I learned that there’s no need for anyone to understand your story.

The process of acceptance and the strength to embrace the situation have shown me who is willing to hold my hand as I hold on to my father’s memory. Because addictions, like love, know no borders, race or gender.

At our home, there once were laughs and hugs. There was hope. Growing up, I prayed and begged him to look for help. “Don’t you love us enough to stop?” I would ask him. I thought he didn’t. When my mom decided to leave him in 2009, he had been drinking for months nonstop. He stopped working and we lost our home. He was always drunk on my birthdays, and did not go to any of my graduation ceremonies.

Many times I tried to hold his hand. I wanted to let him know that I loved him and that I was going to be by his side no matter what. But I needed him to try. He didn’t. Though he was in rehab programs various times throughout his life, he relapsed every time. His addiction stemmed from childhood trauma. His mother died shortly after he was born and his father died a few years later, leaving him to grow up alone.

Growing up, I was mad at him for not trying hard enough to look for help. Then I saw him try for the first time. It was hard to find resources in the Chicago area at low cost or rehab centers where facilitators spoke Spanish. When I enrolled him in a rehab program in 2016, he stuck with it and attended Alcoholics Anonymous for months. He prayed for strength and seemed positive about the future. My siblings and I got him back on his two feet with the help of beautiful strangers.

Maria, an older lady that he met while roaming the streets and who would sometimes give him food, would treat him as if he was her son. When he got out of the rehab program, she gave him a place to stay and a permanent job at her churro shop. I bought him clothes and food and made sure to visit him and call him.

Within a few months, he was back to drinking. That’s when he left Maria’s home and he stopped calling. I lost track of his whereabouts for almost three years. I was devastated. Every birthday, Christmas Day and other holidays, behind my smile, the memory of my estranged father surfaced in my mind.

I asked myself: How can I write so many stories, and help so many people, but I can’t help my own father?

During the last years of his life, we mostly talked on the phone. He lived in shelters, churches and friends’ basements. Most times I would only know he was alive if I called and his phone service was connected, or if he answered.

He would sometimes call and say “mañana te hablo,” a promise that I knew he would break. He never called.

I feared that any day I would find him dead, then I realized that in the past decade of my life, I’ve watched him die little by little. Disappear. Give up.

But I also recognized how strong he has made me and how much he taught me to love unconditionally. To have an open heart and to work hard through the pain. He taught me that love never ends, it only transforms. It transforms into strength, empathy, into love for life and toward others.

Thanks to my alcoholic father, I am the woman that I am today. Sometimes broken, but always strong and eager to learn from life. To those with an alcoholic parent, an estranged loved one, or a homeless friend: Don’t be ashamed, lean into others for help.

One in five adults have lived with an alcoholic relative while growing up. Children of alcoholics tend to face greater risks for having emotional problems than children whose parents are not alcoholics, according to the American Academy of Child and Adolescent Psychiatry.

Here are some resources I wish I had while growing up.

Local Alcoholics Anonymous, Al-Anon and Adult Children of Alcoholics meetings offer recovery programs for the families and friends of alcoholics. These meetings often take place in churches or other community spaces and can connect families to other resources including referrals to rehab centers, monetary aid and mental health services.

Latino Treatment Center is a nonprofit institution that offers bilingual services for the treatment for substance abuse, treatment for family and individual and group counseling.

Haymarket Center provides substance abuse treatment for a variety of people who struggle with a range of addictions.

Gateway Foundation is a nonprofit providing affordable drug and alcohol treatment in the Chicago area.