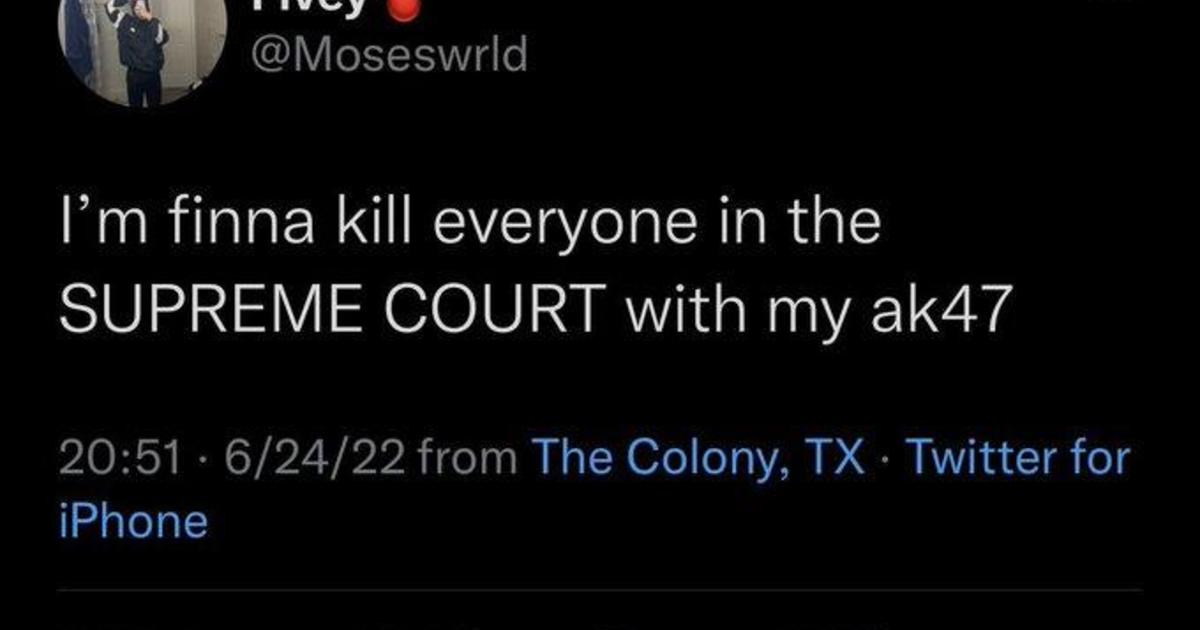 THE COLONY, Texas (CBSDFW.COM) — A 20-year-old man from The Colony has been arrested and charged with making terroristic threats against the Supreme Court.

Mikeal Deshawn Archambault tweeted he was going to kill the justices after their decision in the Dobbs case overturning Roe v. Wade last week.

The tweet, since deleted, said: “I’m finna [sic] everyone in the SUPREME COURT with my ak47.”

Copies of the tweet quickly spread online, but Archambault’s account appears to have been deleted since then.

A police spokesman said the department received a phone call from the FBI, alerting them to the tweet and saying they thought the suspect lived in The Colony.

Officers went to check his apartment, but Archambault was not there.

The department’s criminal investigative division and the FBI worked to get a warrant and arrested Archambault on June 26.

Watch Live: Police give update after author Salman Rushdie stabbed in the neck while on stage in New York
Alex Campbell talks Fire, Red Stars on ‘9 Good Minutes’
Bill Russell’s No. 6 jersey first ever to be retired across entire NBA
Virginia ex-cop gets 7 years
Thirsty Ears Festival takes over Ravenswood