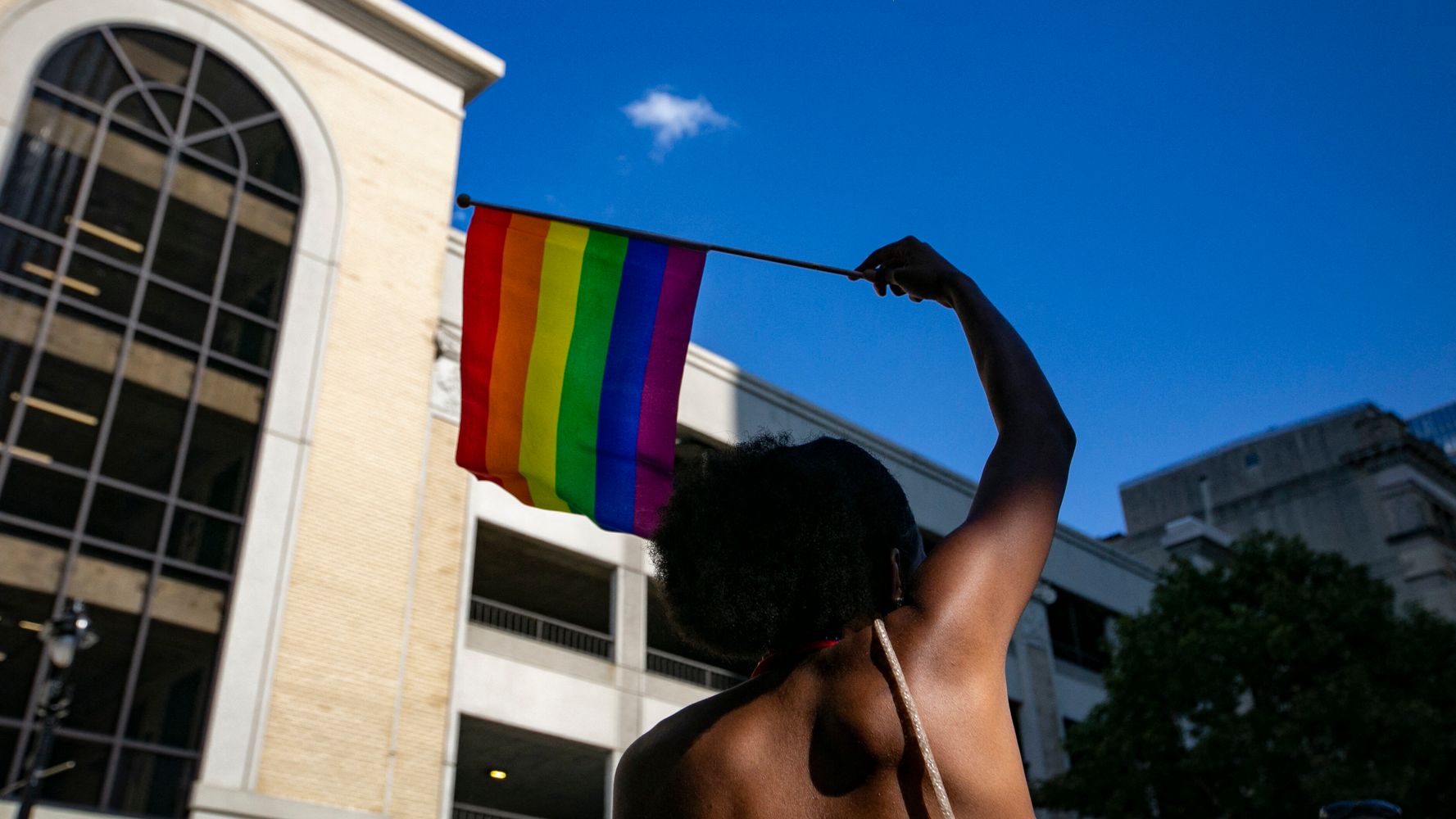 At the beginning of Pride Month, I told many of my friends to legally enjoy sodomy while they still can.

I suppose that was a funny way of putting it, but I was dead serious. I have always understood misogyny and homophobia to work in tandem. One informs the other, so if the right spent decades plotting and scheming to overturn Roe v. Wade and outlaw abortion, it should be assumed that other rights ― particularly any and all related to the LGBTQ community ― will be next.

Frustrating as it was to read the Supreme Court’s decision last Friday, at least Justice Clarence Thomas hasn’t bothered to pretend otherwise.

In a separate concurring opinion, Thomas questioned a number of the court’s past rulings including Obergefell v. Hodges, which established marriage equality after giving same-sex couples the right to marry nationwide, and Lawrence v. Texas, which overturned a 1973 Texas law criminalizing the act of sodomy. Thomas also referenced Griswold v. Connecticut, which established the right of married couples to use contraception without government interference.

“In future cases, we should reconsider all of this Court’s substantive due process precedents, including Griswold, Lawrence, and Obergefell. Because any substantive due process decision is ‘demonstrably erroneous,’” Thomas wrote. “We have a duty to ‘correct the error’ regarding these established in those precedents.” Then, he added, after “overruling these demonstrably erroneous decisions, the question would remain whether other constitutional provisions” protected the rights they established.

Yet, some would have us believe that there is no reason to fear a direct warning.

Among them include South Carolina Sen. Lindsey Graham, who argued in an appearance on “Fox News Sunday” that Justice Samuel Alito, author of the majority opinion, “set the right tone” by writing that the overturning of Roe v. Wade by the Supreme Court doesn’t mean decisions protecting contraception and same-sex marriage are in jeopardy.

“These other privacy issues like contraception do not deal with the potential for life,” Graham said. “He made a distinction between same-sex marriage and contraception, which I think will win the day over time.”

Yes, Alito wrote that “nothing in this opinion should be understood to cast doubt on precedents that do not concern abortion ‘because the exercise of rights established by other rulings’ does not destroy a ‘potential life,’” but his past opinions on marriage equality suggest a disdain that won’t be contained for much longer now that the numbers are in the right’s favor.

It was only in 2020 when Thomas, in an opinion joined by Alito, wrote, “By choosing to privilege a novel constitutional right over the religious liberty interests explicitly protected in the First Amendment, and by doing so undemocratically, the court has created a problem that only it can fix.”

The justices issued their opinion in a case concerning Kim Davis, the Kentucky county clerk who infamously was sued for refusing to issue marriage licenses to same-sex couples. The Supreme Court turned down her appeal, but it is a new day and a clearer majority. This is especially true given Thomas and Alito’s belief that, somehow, they are the victims when it comes to their opposition to the civil rights of others.

“Due to Obergefell, those with sincerely held religious beliefs concerning marriage will find it increasingly difficult to participate in society,” Thomas wrote.

As he sees it, “Obergefell enables courts and governments to brand religious adherents who believe that marriage is between one man and one woman as bigots, making their religious liberty concerns that much easier to dismiss.”

Alito mirrored these remarks in a 2020 speech delivered to the Federalist Society. These are not the opinions and words of people planning to let their grievances go. Jim Obergefell himself understands this.

Speaking with People magazine about Thomas’ opinion that his case ought to be overturned like Roe v. Wade, Obergefell said, “It just angers me and terrifies me that we have the highest court in the land who wants to harm hundreds of thousands — millions — of people across the country and put marriages in limbo and prevent people from committing legally to the person they love.”

I doubt Clarence Thomas cares much about irony or hypocrisy. This is a person who didn’t feel fit to recuse himself from cases related to an insurrection that it increasingly looks like his wife participated in. A man credibly accused of sexual harassment who feels compelled to rule on women’s rights. Thomas now operates much like a shadow chief justice and is now openly antagonizing his next targets and calling on conservatives to bring him cases.

It hasn’t taken long at all for them to heed his call.

During a Friday appearance on NewsNation’s “On Balance With Leland Vittert,” Texas Attorney General Ken Paxton said he would support the Supreme Court revisiting cases mentioned by Thomas, and went even further.

When asked if he as attorney general would feel comfortable defending a law that once again outlawed sodomy, Paxton answered: “Yeah, look my job is to defend state law and I’ll continue to do that. That is my job under the Constitution and I’m certainly willing and able to do that.”

It only takes one case, and to my embarrassment as a native, Texas loves to lead the way in terms of its vision for a more repressive and gun-toting America.

As for marriage equality, other oppressive opportunists include Utah Senate President Stuart Adams, who said during a news conference last week that he would support the Supreme Court revisiting its same-sex marriage ruling. Utah’s constitutional ban on same-sex unions still exists and could be reinstated if the Supreme Court were to overturn its earlier decision.

They heard Thomas loud and clear, and I don’t have much faith in the other conservative members of the court like Brett Kavanaugh, who in his solo concurrence, wrote, “Overruling Roe does not mean the overruling of those precedents, and does not threaten or cast doubt on those precedents.”

I don’t trust a man accused of sexual assault, his colleague the apparent ex-handmaid, or even their chief justice, the guy who has spent decades trying to kill the Voting Rights Act. I would not be surprised if by 2024 or the year after, the rights to contraception, sodomy and marriage equality are all squashed in the right’s attempts to totally alienate the right to privacy.

The Republican Party has launched a full assault on the LGBTQ community in terms of both rhetoric and legislation ― and that is resulting in a rise in anti-LGBTQ violence. The Democrats have not done much to fight this national campaign. Enough is not being said to defend the dignity, humanity and civil rights of the LGBTQ community. There is a target on our backs, and though I don’t believe all hope is lost or that conservatives will ultimately win their mission to erase and contain us, they are clear with the plans and the means to execute them. We ought to listen.

They hate us. They don’t believe we are equal. They want to remind us of this by way of judicial fiat.

They won’t win, but we should be better prepared for the fight ahead.