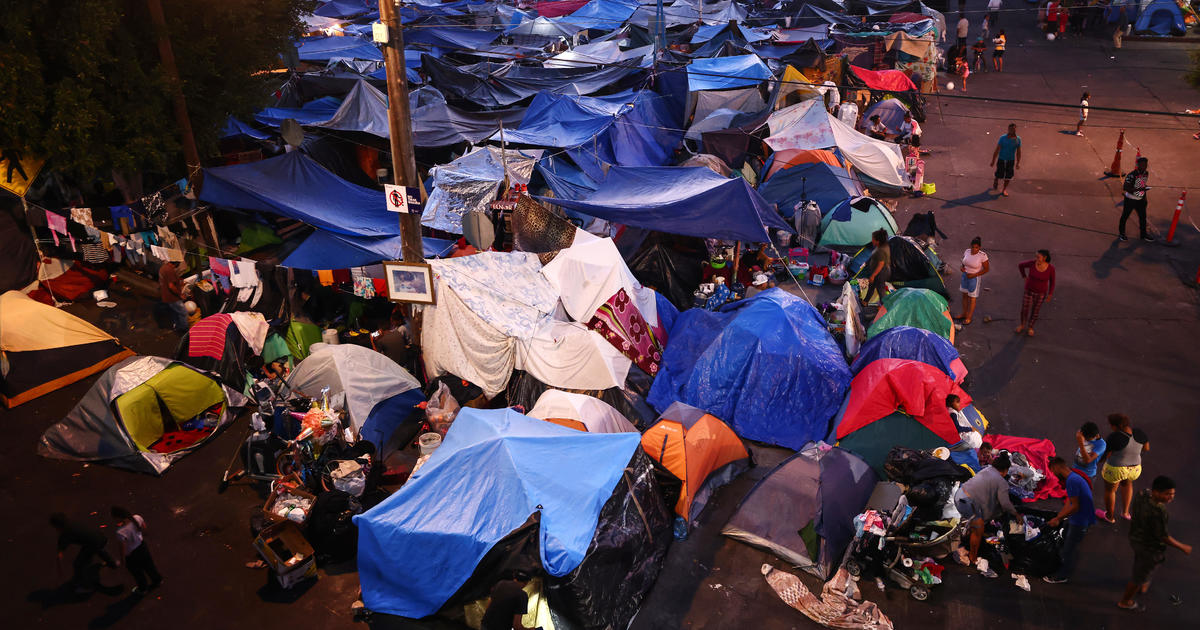 The Supreme Court cleared the way Thursday for the Biden administration to terminate the so-called “Remain in Mexico” policy, a rule first implemented under former President Donald Trump that required migrants arriving at the southern border to wait outside the U.S. for their asylum hearings.

In a 5-4 opinion written by Chief Justice John Roberts, the high court rejected arguments by Republican-led states seeking to force officials to keep the policy, ruling the decision to end it did not violate a 1996 migrant detention law and that a second memo terminating the program should have been considered by lower courts.

In his opinion, Roberts overturned a ruling by the 5th Circuit Court of Appeals that forced border officials to revive the Remain in Mexico rules, formally known as the Migrant Protection Protocols, in December. Roberts said the 1996 law authorizing the program does not require officials to return migrants to Mexico, but simply gives them the option to do so, noting the use of the word “may” in the statute.

If Congress meant for the law to require asylum-seekers to be returned to Mexico, Roberts wrote, “it would not have conveyed that intention through an unspoken inference in conflict with the unambiguous, express term ‘may.'”

In August 2021, a federal judge overseeing a lawsuit by Republican officials in Texas and Missouri ordered the Biden administration to revive the Remain in Mexico rules, finding that a memo issued by Homeland Security Alejandro Mayorkas in June to end the policy was legally deficient.

U.S. Judge Matthew Kacsmaryk, a Trump appointee, required the administration to implement the Remain in Mexico protocols “in good faith” until it terminated them properly and until the government set up enough holding facilities to detain all migrants subject to the 1996 detention law.

In response, Mayorkas issued a more comprehensive memo in October to try to end the MPP policy a second time. But Kacsmaryk’s ruling was later upheld by the 5th Circuit, which refused to consider Mayorkas’ second termination memo.

The legal setbacks forced the Biden administration to resurrect Remain in Mexico in December, though it overhauled the program, requiring officials to ask migrants whether they feared persecution in Mexico before sending them there, offering enrollees coronavirus vaccines and exempting certain groups from the policy, including asylum-seekers with severe medical conditions, the elderly and members of the LGBT community.

Since December, the Biden administration has implemented Remain in Mexico on a limited scale, enrolling 7,259 migrants in the program as of the end of May, government data show. During that same time period, U.S. officials along the southern border processed migrants over 1 million times, according to DHS figures.

The Trump administration used the MPP policy to return 70,000 migrants to Mexico, many of whom lived in squalid encampments near the U.S. border. Human rights workers recorded hundreds of reported attacks against migrants forced to wait in Mexico, including in areas the U.S. government warns Americans not to visit because of widespread crime and kidnappings.

The Trump administration said MPP dissuaded migrants searching for better economic opportunities from using the asylum system to stay and work in the U.S. But the Biden administration argued the policy was ineffective and imposed “unjustifiable human costs” on asylum-seekers by placing them at risk of victimization in Mexico.

Republican lawmakers have attributed the unprecedented levels of migrant arrests recorded in the past year to the Biden administration’s decision to end the Remain in Mexico rules and other Trump-era border restrictions.

But Biden administration officials have argued that the record border arrivals are part of a regional displacement crisis triggered by pandemic-related economic instability, violence, corruption and natural disasters in Latin America.

In May, U.S. Border Patrol agents along the Mexican border recorded 222,000 migrant apprehensions, an all-time monthly high. Customs and Border Protection, its parent agency, has processed migrants over 1.5 million times in fiscal year 2022, which will end at the end of September.

While it has used MPP policy sparingly since reviving it, the Biden administration has relied on another Trump measure known as Title 42 to rapidly expel hundreds of thousands of migrants from the U.S.-Mexico border without allowing them to request asylum.

Since March 2020, the U.S. has cited Title 42, a World War II-era public health authority, to expel migrants over 2 million times to Mexico or their home countries, Department of Homeland Security statistics show.

The Biden administration attempted to end Title 42 in May, citing improving pandemic conditions, but Republican-led states convinced a federal judge in Louisiana to require officials to continue the expulsions. The judge, who was also appointed by Trump, said the policy had been terminated improperly.

Camilo Montoya-Galvez is the immigration reporter at CBS News. Based in Washington, he covers immigration policy and politics.

Bill for student cards to cover meals fails in Legislature
Sean Bean: Having an intimacy coordinator on set “would inhibit me”
Lawrence man pleads guilty to manslaughter, rape charges in 2018 death of 11-year-old girl
Beto O’Rourke lashes out with expletive after heckler laughs over Uvalde mass shooting
police – The Denver Post