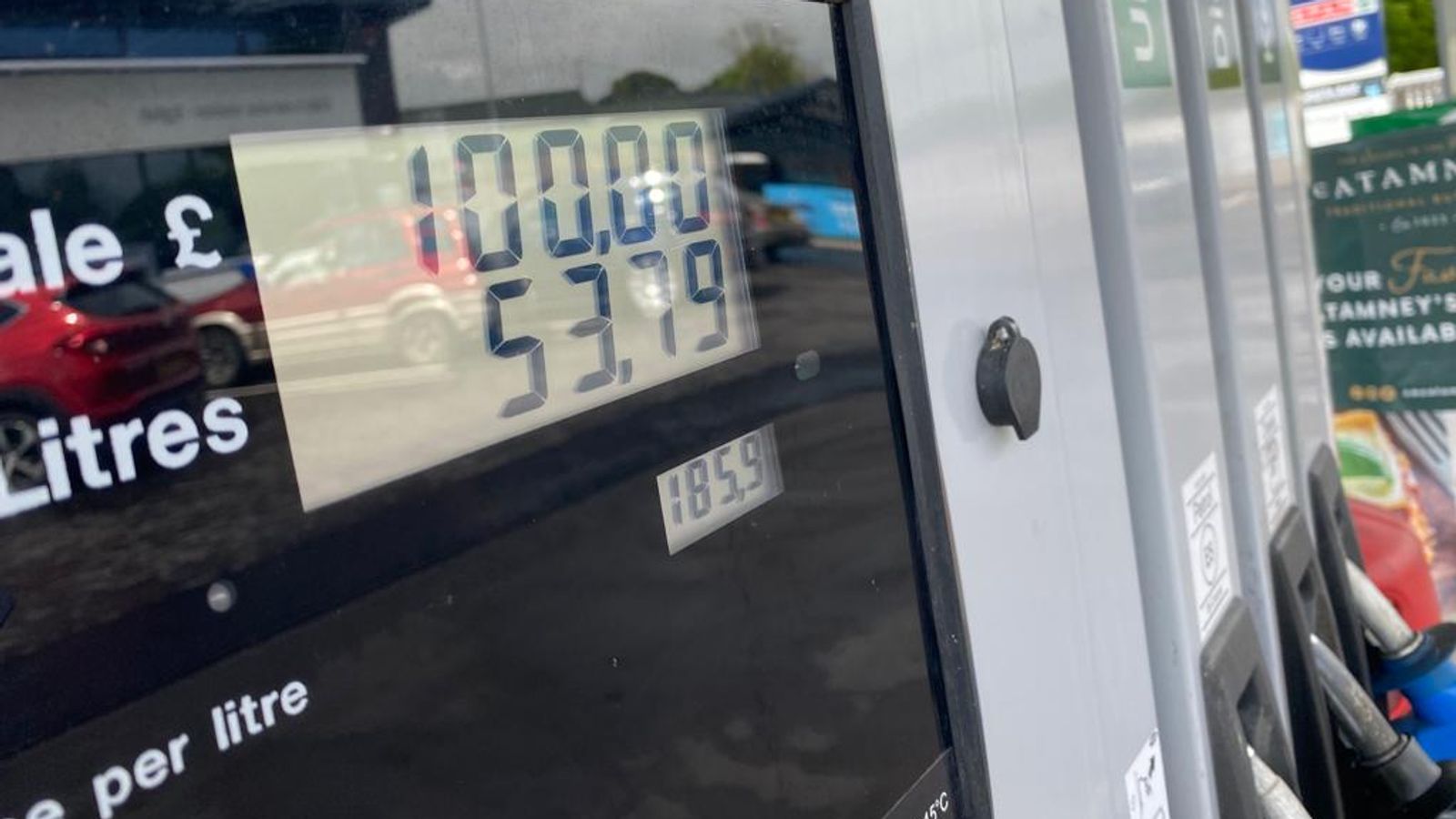 A motoring group has accused petrol retailers of abusing their “essential” status as government figures show little let-up in demand despite prices hovering at record levels.

The AA said that data from the Department for Business, Energy and Industrial Strategy (BEIS) showing that petrol sales remained at 94% of normal levels demonstrated how vital fuel was to the travelling public who, it added, were clearly being treated unfairly.

The sentiment was echoed by the RAC which demanded a 5p a litre cut to unleaded costs at the pumps to more fairly reflect the wholesale costs they were paying for their stocks.

Cost of living latest: Inflation to hit UK harder than any other major economy, BoE warns

The BEIS data showed that total fuel sales were at 90% of normal levels, when diesel was included, despite the price levels and wider cost of living crisis.

Head of roads policy at the AA, Jack Couzens, responded: “This is an astounding statistic that underlines just how essential petrol is to the UK consumer, and how critical the cost of road fuel is to families up and down the country.

“There are businesses across UK retail and commerce that would give their right arm to have 94% sales in a cost of living crisis. The fuel trade should consider itself very lucky and treat its customers more fairly.”

The RAC’s fuel price spokesman, Simon Williams, added: “So-called ‘rocket and feather’ pricing – where retailers are quick to put up their prices in a rising market but slow to reduce them in a falling one – appears to be well and truly alive, much to the detriment of every driver who depends on their car.

“Major retailers really need to cut their prices now, and going forwards they need to reduce them as soon as wholesale prices drop to give drivers confidence they’re not being taken for a ride every time they fill up.”

The retailers – facing a Competition and Markets Authority investigation into pricing – have consistently denied that the public is being ripped off and insisted profit margins are tiny.

The sector has pointed to multiple additional costs facing operators – costs that every business is having to bear – which include higher wages and energy prices.

The Petrol Retailers Association, which represents independent forecourts, said it was the motoring groups that were out of step.

Gordon Balmer, its executive director, said: “The motoring organisations rely on data from transactions made via fuel cards, which are at least 24 hours out of date.

“Through conversations with our members it is clear that they are reducing their prices, not only to remain competitive but to retain volume.

“Indeed, if you check petrolprices.com you will see lots of examples of prices for petrol at 186.9 pence per litre (ppl) /187.9ppl.

“Our advice to motorists is to shop around.”

The PRA said earlier this week that its membership was also having to bear a 60% rise in drive-off incidents so far this year.

Fuel theft, it said, meant retailers would lose £25m if the current rate continued for the next 12 months.