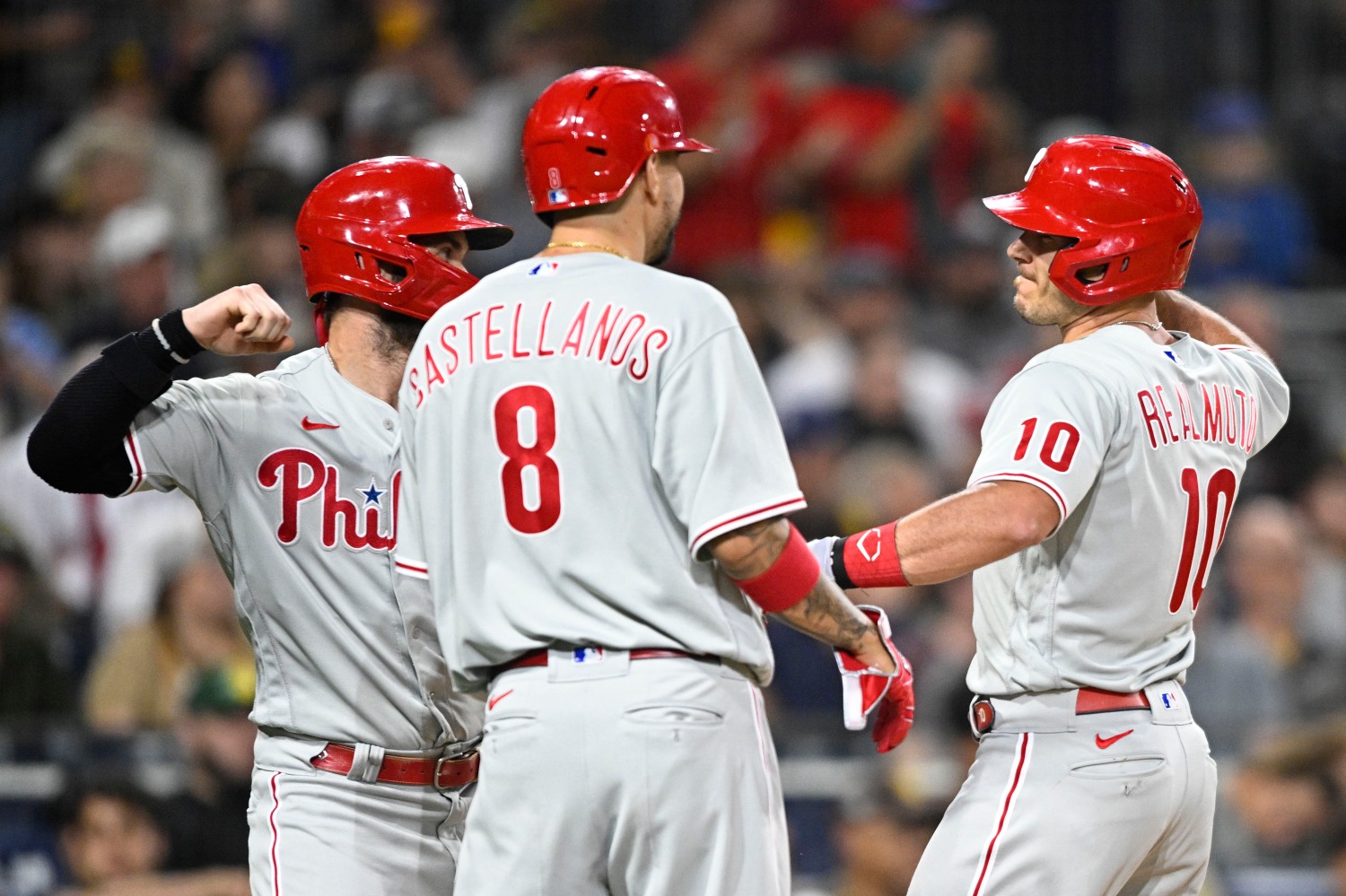 Schwarber hit a two-run homer and Realmuto added a three-run shot later in the sixth inning for the Phillies, who handed Musgrove his first loss and snapped a three-game losing streak with a 6-2 victory against the San Diego Padres on Thursday night.

Musgrove (8-1) saw his ERA rise from 1.59, which had been second-lowest in the majors, to 2.12. The big right-hander from suburban El Cajon was activated from the COVID-19 injured list earlier in the day. He had been placed on the list last Friday, a day after throwing seven strong innings in a victory at the Chicago Cubs.

“We hit some balls hard,” Schwarber said. “The guy’s a good pitcher. He’s got the stuff and he’s got four or five pitches; two really-plus breaking balls. We were able to capitalize on some mistakes. We threw some good at-bats together and that’s how you’re going to beat guys like that.

“I’ve seen him for quite a while going back to his Pittsburgh days,” Schwarber added. “It’s always been good stuff. I’m not shocked by the year that he’s having, but it was obviously really nice to go out there and beat him.”

Musgrove cruised through four hitless innings before an RBI single by Odubel Herrera tied it at 1.

The Phillies then jumped all over Musgrove in the sixth, including two long balls that barely got out of Petco Park.

Bryson Stott hit a leadoff double ahead of Schwarber’s homer to center field, which hit something behind the fence and bounced back onto the field. It was his 20th. Bryce Harper and Nick Castellanos hit consecutive one-out singles before Realmuto hit an opposite-field shot off the top of the right-field wall. It was his fourth overall and first since May 26.

“We just laid some good at-bats on him,” interim Phillies manager Rob Thomson said. “We grinded a little bit and once we got some momentum we just kept it. We got some energy and just kept rolling with it.”

Musgrove allowed six runs and seven hits in six innings, with only one strikeout and a walk. It was the first time this year he’s allowed more than two earned runs.

The big inning made a winner of Ranger Suárez (6-4), who pitched into the eighth for the first time this season. He allowed two runs and seven hits in 7 1/3 innings, struck out three and walked two.

Eric Hosmer homered leading off the second, his sixth. The Padres added a run in the eighth on Jorge Alfaro’s groundout.

Padres slugger Manny Machado missed his fourth straight game with a sprained left ankle but did some agility drills and played catch on the field, and then hit off a tee in the indoor batting cage. San Diego manager Bob Melvin was an eager observer from the dugout. “I don’t know how he does it. You actually look at the discoloration, what it looks like, the swelling’s down but it doesn’t look like it feels too good,” Melvin said. “I don’t think anything with him at this point surprises me.”

The Padres think Machado, who’s having an MVP-caliber season, will be able to avoid the injured list. “We’re willing to sit here and wait a few more days to see how he goes about it, even if it’s a pinch-hit appearance,” Melvin said. “That would not surprise me if that’s the case within these 10 days.”

NO CRONEY ON BOBBLEHEAD NIGHT

Padres second baseman Jake Cronenworth got a rare game off, on his bobblehead night, no less. “It’s bobblehead day, which gives him a little more time to sign, probably, before the game, interact maybe a little bit more with the fans,” Melvin joked. The manager said the day off had been planned for some time. “My bad,” he added. DH Luke Voit also got the night off with a hamstring issue. “It’s not ideal to have a couple guys out, but that’s just where we are,” Melvin said.