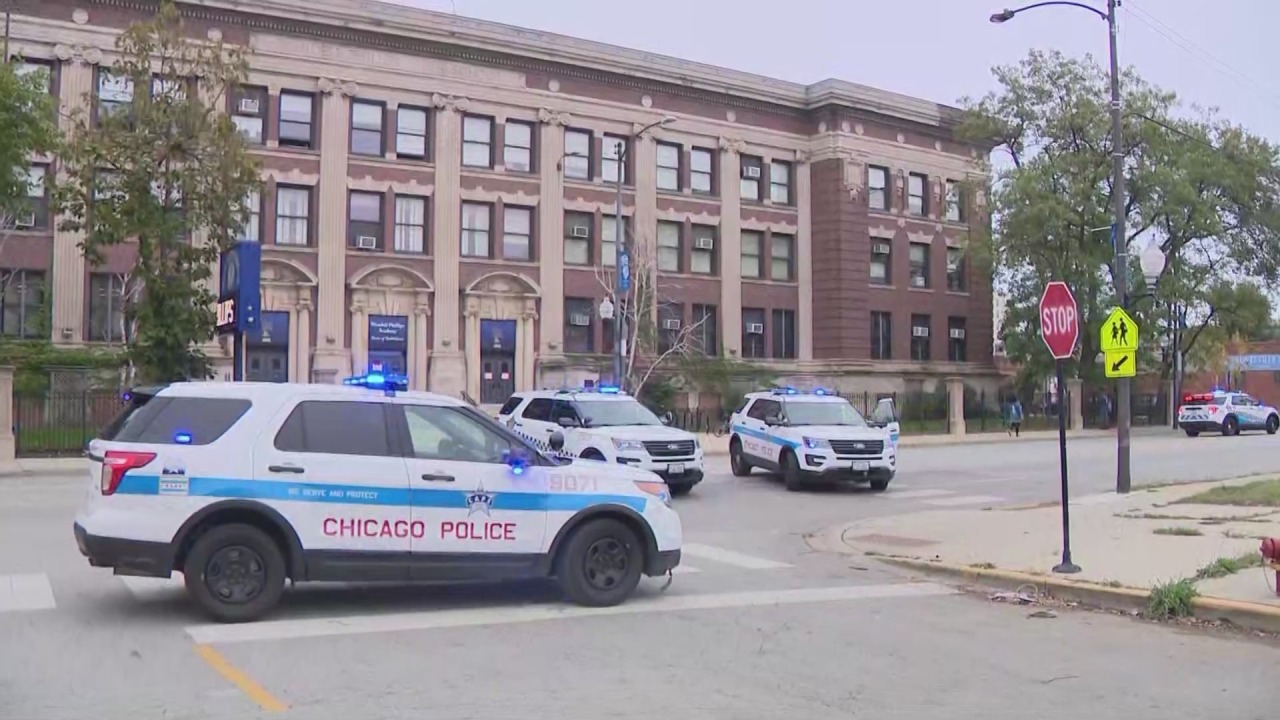 CHICAGO — The family of a 14-year-old girl who was shot at a Chicago high school will speak on Wednesday as she continues to recover from the shooting.

About 3:30 p.m. Tuesday, Chicago first responders arrived in the 200 block of E. 39th Street for a shooting at Wendell Phillips Academy High School. The 14-year-old and a security guard were both wounded.

The 14-year-old was rushed to Comer Children’s Hospital in critical condition. The girl’s grandmother said she was shot three times and underwent surgery Tuesday evening.

A preliminary investigation revealed the gunman waited outside school doors around dismissal time, police said in a briefing. The shooter allegedly opened fire once the security guard opened school doors, according to police.

For the second time in a month, a CPS student was shot while leaving school.

While the investigation continues, a harsh reality of shootings becoming the norm has settled in with students at the school.

“Now it’s going to call for an even heavier police presence, I’m hoping, at the school to monitor these kids,” Joseph said. “Kids should never have to go to school under that type of environment and situation.”

Diana Cooper is a school staffer at Wendell Phillips Academy. She also has a daughter who is a student at the Bronzeville-area school. She told WGN she believes Tuesday’s shooting links back to an incident on Friday.

“I heard it Friday that they jumped on a young man from one of the co-workers,” Cooper said. “And he threatened to come back.”

Police said the offender ran away from the scene and may have gotten inside a vehicle. A motive is still unknown.