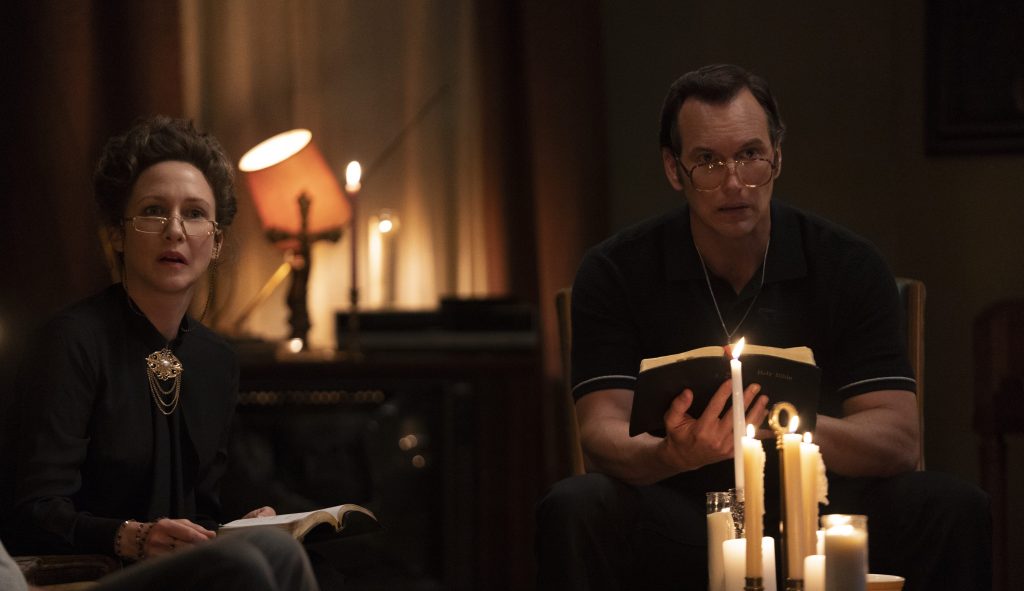 New Line’s The Conjuring: The Devil Made Me Do It has grossed more than $196M WW, catapulting the entire Conjuring franchise through seven movies past $2 billion in global ticket sales.

The series from filmmaker James Wan and producer Peter Safran kicked off in 2013 with the first title yielding $320.2M WW and another $321.6 M from its 2016 sequel. The third movie, which due to the pandemic, debuted in theaters and in homes on HBO Max, opened to $24.1M stateside over the June 4-6 weekend and finaled at $64.8M domestic, and $131.2M abroad. The threequel from director Michael Chaves and starring Patrick Wilson and Vera Farmiga as paranormal investigators Ed and Lorraine Warren still has yet to open in Thailand, India and Japan.

In addition, there’s been the Annabelle spinoff trilogy from The Conjuring about the demonic doll has generated the following at the global B.O.: Annabelle ($257.7M), Annabelle: Creation ($306.8M) and Annabelle Comes Home ($231.4M). And there’s also The Nun ($366.1M).

Globally, all seven films in the “Conjuring” Universe rank among the top 25 horror movies of all time, with four of the titles in the top eight.

Exclaimed Toby Emmerich, Chairman, Warner Bros. Pictures Group, “Our thanks to James, Peter, all the casts and crews and Walter, Richard, Carolyn, Dave and the team at New Line—you’ve delivered one of the scariest and most artfully crafted horror franchises in history. These phenomenal results showcase the support of audiences and genre fans from all over the world and we congratulate you on your incredible success.”