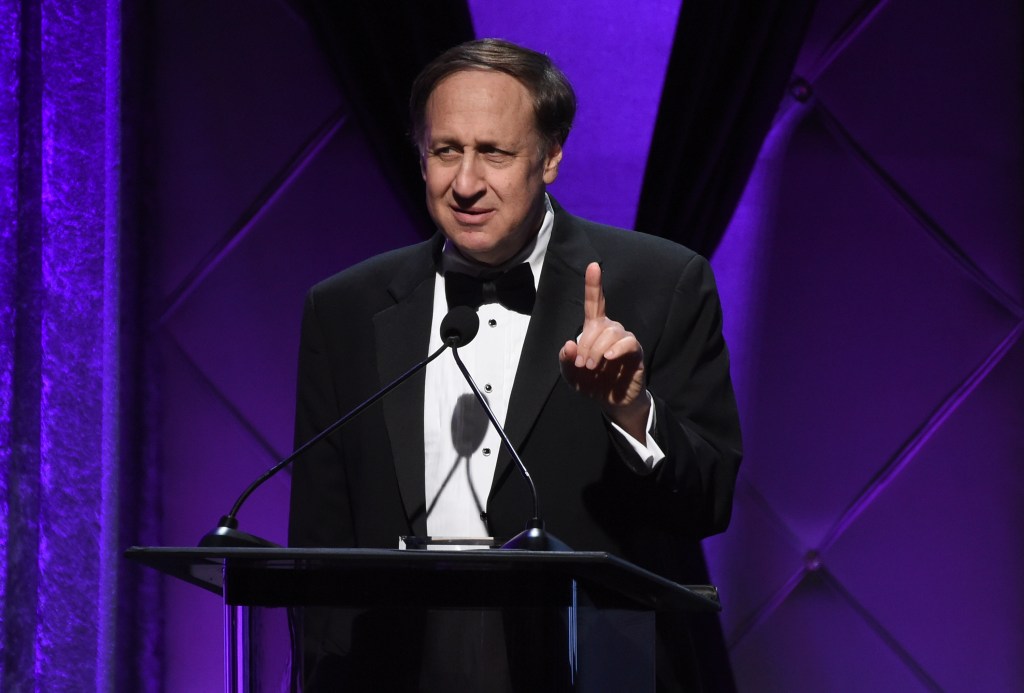 AMC Entertainment CEO and newly anointed chairman Adam Aron is having a moment with shareholders — that army of retail investors he said in June numbered approximately 4.1 million and own more than 80% of the stock. Some of them found it hard to access the company’s annual meeting Thursday, which was held in person at AMC’s Leawood, Kansas HQ, sparking social media discontent and claims of secrecy.

“Why didn’t you broadcast? There’s shareholders that don’t even live in America?” griped a Tweet.

@CEOAdam sought to clear it up. “So much FUD going around on the internet, like that our shareholder meeting was closed doors or secret. Simply wrong. It was open to any shareholder, and all present were invited to speak on ballot issues and ask questions. All election results have been published publicly,” he tweeted Friday. Many rallied around him — “How cool is it we have a CEO who uses the word FUD.”

So much FUD going around on the internet, like that our shareholder meeting was closed doors or secret. Simply wrong. It was open to any shareholder, and all present were invited to speak on ballot issues and ask questions. All election results have been published publicly.

Redditors who weren’t there had begged for details from those who were:

-“Are you giving a recap?? Are they going to sell AMC t-shirts at AMC theaters?? More Art, please give more info!!”

“Ask Adam if they will offer banana flavor packets for popcorn.”

“Are we going to get another free popcorn? The free coffee was ok but it’s 100 degrees here not in the mood for coffee.”

Tallies of shareholder votes on executive pay and other standard proposals were filed with the SEC today. And Aron said investors who couldn’t access the annual meeting can ask questions on a webcast when the company reports quarterly financial results. He promised that day and time that will be announced later Friday.

The back-and-forth, very unusual for a public company CEO, has become the new normal for Aron. He’s embraced the outspoken group that first coalesced around the largest U.S. theater chain early this year on Reddit chatroom WallStreetBets, surging into select stocks led by GameStop in a watershed moment for financial markets. GameStop and AMC have high name recognition and were hit hard by shifts respectively in retail and moviegoing exacerbated by the pandemic. An #SaveAMC campaign helped catapult the two dollar stock of a company that struggled all through 2020 to stave off bankruptcy to a high of over $70.

AMC sold shares on the ride up, raising more cash than it could have imagined just months earlier including $587.4 million from the sale of 11.55 million shares in an at-the-market transaction at average price of $50.85, and $230 million from selling 8.5 million shares to investment firm Mudrick Capital.

“Redditors were a lifeline for AMC. It was very fortunate,” said one analyst.

Big stakeholders Silver Lake and Wanda also cashed out leaving the Reddit crowd front and center. AMC in fact had postponed today’s annual meeting from its initial date in early May “to provide additional time for its millions of current individual shareholders to have their voices heard and more time to cast ballots on important shareholder matters.”

Wall Street analysts, whose share price targets depend on their evaluation of fundamental business prospects, threw up their hands. Shares are well off their high but still healthy, changing hands Friday at about $37.

A stated goal of Redditors in driving the stock higher, and urging each other to stick with it, is squeezing short-sellers — hedge funds that to them represent big, bad institutional Wall Street. Short sellers borrow shares betting the price will fall and they can make a profit selling them at market price and buying them back cheaper, before returning them. But if the shares rise they have to scramble to cover their positions. Retail investors have also been clamoring about so-called synthetic shares, or artificially created positions, even urging AMC to issue a dividend to flush them out.

Aron tried to calm the waters. “As to the existence of so-called fake or synthetic shares, or the naked short selling of AMC shares, we are unaware of any information validating these theories. Also, we are unable to make any comment on the considerable trading of puts/calls derivatives.”

So far he’s engaged with his new fan club brilliantly, creating a dedicated investor tab – Investor Connect — on AMC’s website offering them free popcorn, coffee and membership in loyalty program AMC Stubs. As of July 17, he said, nearly a quarter million shareholders had signed up.

“After all, these people are the owners of AMC, and I work for them,” Aron said when announcing the program.

It hasn’t been all smooth sailing. Aron and the AMC board badly wanted to sell more stock to raise more cash but backed down in the face of very vocal chatroom opposition. The company reluctantly yanked a proposal it had on the agenda for the annual meeting seeking authorization to sell an additional 25 million shares. Some on Wall Street think it missed a good opportunity to raise fresh funds in a still uncertain environment for movie theaters.

AMC had also said it wanted funds to buy more theaters. Earlier this month, it announced a deal with Los Angeles real estate titan Rick Caruso for leases to the 14-screen Grove Theatre in Los Angeles and the 18-screen Americana at Brand Theatre in Glendale.

Celebrate Valentine’s Day With These Sweet Treats
Former Child Star Lance Kerwin Dead at 62
Ant-Man and The Wasp: Quantumania – Tickets on Sale (2023)
Creed III’s Jonathan Majors Talks Missing ‘French Fries’ And Other Challenges Of Getting In Shape
Tennessy Thoreson Asks, ‘Why Be Boring When You Can Be Extra?’