After Securing Her Olympics Spot, Sha’Carri Richardson Ran Straight to Her Grandma’s Arms 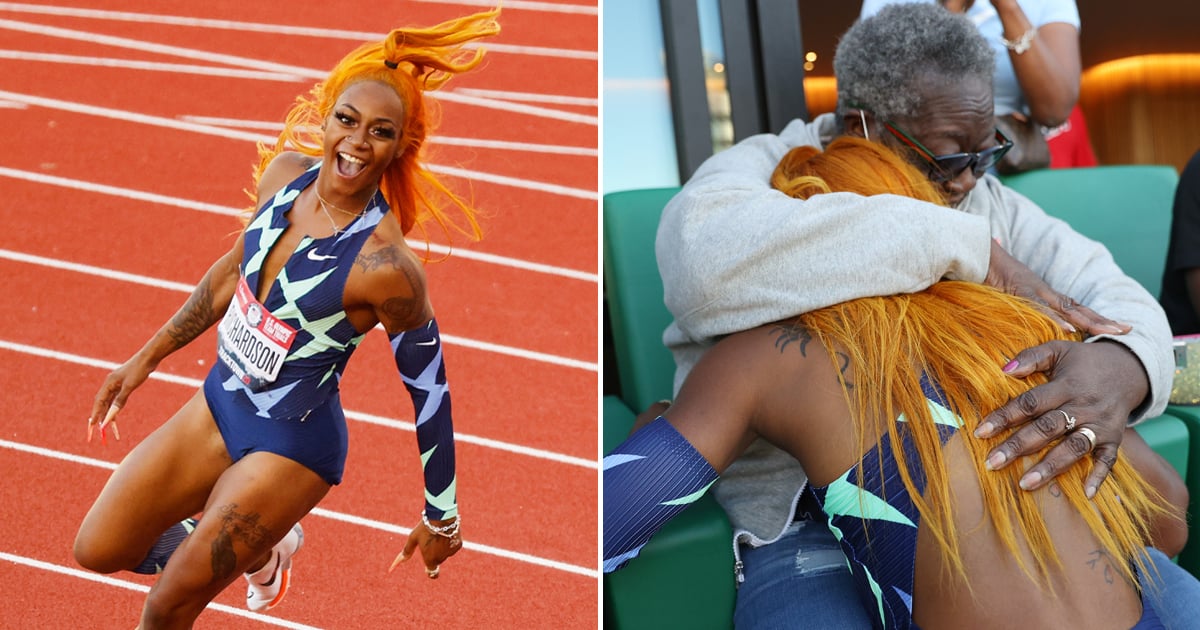 Sha’Carri Richardson is headed to Tokyo! After flying through the Olympic trials this past weekend, she claimed her title as America’s fastest woman and secured a spot on the US’s Track and Field contingent. The 21-year-old athlete has been the favorite for the women’s 100-meter dash for some time now, but her performance over the last few days confirms she’s a one-of-a-kind star.

Richardson is an icon in her own right, but she often channels another standout track athlete in competitions. With her long nails and free-flowing hair, Richardson is often compared to Florence Griffith Joyner, AKA Flo-Jo. Joyner, who set the world record for both the 100m and 200m races, was well known for bringing beauty looks to the course. “Flo-Jo came to the track and knew she was going to dominate,” Richardson told Associated Press. “The way she did that was graceful. I always liked that. If the amazing Flo-Jo had long nails, there was no excuse why I couldn’t have long nails.”

But Richardson’s inspiration for her nails actually comes from another source: her grandma. Richardson previously called her grandmother “superwoman” and when the track athlete officially qualified for Tokyo with a 10.86 time on Saturday, she rushed straight to the stands to celebrate with the woman who had such an impact on her life. “My family has kept me grounded,” Richardson told NBC after the race. She also shared a heartbreaking loss. “This year has been crazy for me. Going from just last week, losing my biological mother, and I’m still here.”

She continued, “I’m still here. Last week, finding out my biological mother passed away and still choosing to pursue my dreams, still coming out here, still here to make the family that I do still have on this earth proud. And the fact [is] nobody knows what I go through. Everybody has struggles and I understand that, but y’all see me on this track and y’all see the poker face I put on, but nobody but them and my coach know what I go through on a day-to-day basis.

“I’m highly grateful for them. Without them, there would be no me. Without my grandmother, there would be no Sha’Carri Richardson. My family is my everything, my everything until the day I’m done.” And Richardson is nowhere close to done yet. After sprinting past the finish line for the trials, fans will see her on the track again at the Olympics at the end of July. In the meantime, enjoy a few highlights from her June 18th and 19th races, and remember her motto: “I am THAT girl.”

The post After Securing Her Olympics Spot, Sha’Carri Richardson Ran Straight to Her Grandma’s Arms appeared first on Patabook Fashion.