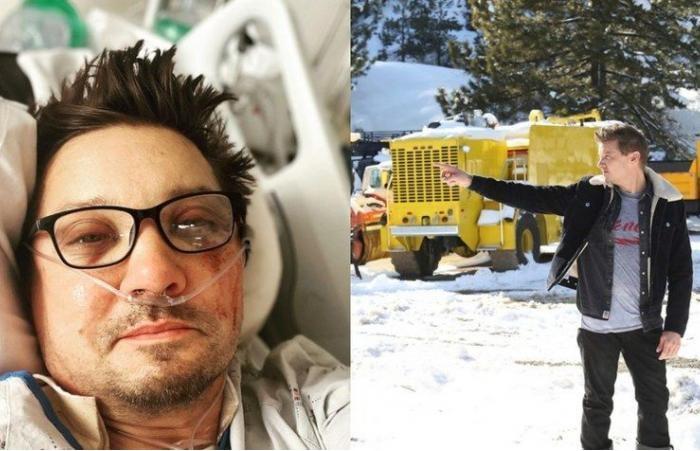 Actor Jeremy Renner tweeted he is home from the hospital more than two weeks after he was crushed in a snowplow accident.

The Marvel star had been hospitalized since New Year’s Day, when he was injured by the snowplow while clearing a driveway near his Nevada home, leaving him with “blunt chest trauma and orthopedic injuries,” his publicist previously told CNN.

Monday night, the “Mayor of Kingstown” star replied to a Twitter post from the show, writing, “Outside my brain fog in recovery, I was very excited to watch episode 201 with my family at home.”

A 911 call log obtained by CNN says Renner was “completely crushed under a large snowcat [vehicle]” and that he has “extreme [difficulty] breathing.” It goes on to read that, “the right side of his chest is collapsed – upper torso is crushed.”

Renner’s snowcat, an engine-powered machine used to clear snow, started to roll away while Renner was not in the driver’s seat, Washoe County Sheriff Darin Balaam previously said.

Like
Comment
Share
Processing
Voice note recorded successfully
Record
Recording 00:00
Commenting has been turned off for this post.
Sponsored
Categories
Read More
Fashion
Prince Harry Opens Up About Media ‘Exploitation’ in His Childhood and Today
In the new Netflix documentary series Harry & Meghan, Prince Harry gets down to the nitty...
By Patabook News 2022-12-09 04:45:02 0 14
Women
Dr. Fishman’s Method – 12 Poses vs Osteporosis
12 Poses to counter Osteporosis that were used in Dr. Loren Fishman’s study, Twelve-Minute...
By Patabook News 2022-10-28 04:45:01 0 40
Technology
Google May Make Android’s Root Store Updatable Via Play Services On Android 14: Report
Google is reportedly working on making Android’s root store updatable via Google Play...
By Patabook News 2022-12-24 11:25:02 0 32
Cooking
Very Soft and Spongy Snack Recipe. All will appreciate when you will make this recipe. nasta recipe.
#breakfastrecipe #snackrecipe Welcome to Badi Base. In this video you will see how to make Very...
By Patabook News 2022-10-26 04:50:01 0 35
Entertainment
The Berserker is a potent damage-dealing class within Lost Ark
Lost Ark is a fantasy RPG Lost Ark Gold game that was developed by Smilegate. There are different...
By Lowes Emily 2022-11-02 11:48:19 0 49