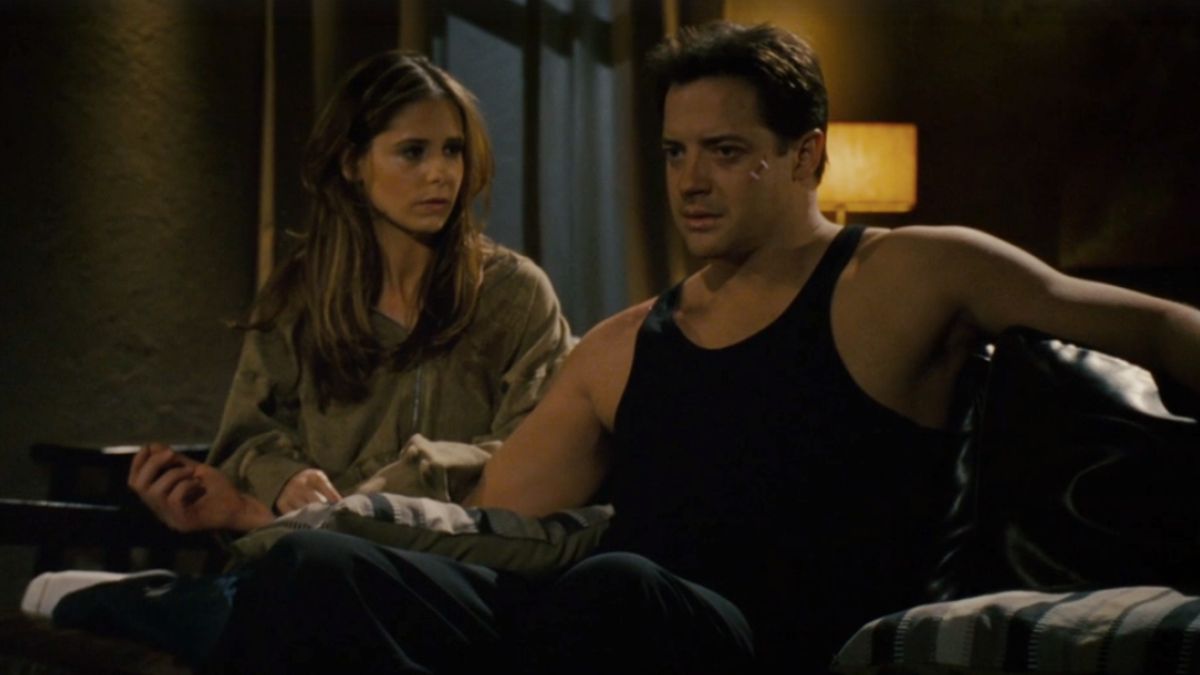 Some people might not know this, but Brendan Fraser and Sarah Michelle Gellar actually co-starred in a movie together. The pair of supernatural warriors were both in the cast of the 2007 indie drama The Air I Breathe, which has apparently become a bit of a cult hit over the years. As a result, Gellar wound up sharing some moving thoughts over Fraser’s new movie release The Whale.

A screening of director Darren Aronofsky’s awards season hopeful saw the two reuniting, with Sarah Michelle Gellar posting some photos of the moment on Instagram. Along with these heartwarming images was a beautiful reaction to the film from Gellar, which you can read below:

Sarah Michelle Gellar’s reaction to The Whale is pretty much in line with what the world has been saying about the movie. Or, at the very least, it aligns with the sentiments espoused by people like our own Sean O’Connell, who feels that Brendan Fraser already has his Best Actor Oscar in the bag.

However, this is another case of pictures speaking louder than any words ever could. As she noted in her caption, you can see Gellar was definitely crying during the movie. On top of everything else, the warmth in both her face and Brendan Fraser’s shows that this is truly a reunion of friends.

Although it’s kind of hard to dislike either of the actors shown in this photo. Just as her former scene partner has earned his reputation as a swell fella, Sarah Michelle Gellar’s pattern of posting sweet social media posts for folks like husband Freddie Prinze Jr. and friend/co-star Selma Blair has earned her a rep for being a force for good.

It’s been 15 years since The Air I Breathe teamed up Brendan Fraser and Sarah Michelle Gellar, and when you think about it, it’s been too long. With Fraser hyping up a potential Mummy sequel and Gellar already gearing up for more supernatural combat with the Paramount+ series Wolf Pack, the time feels right to bring these two actors back together. Whether it’s to fight the forces of evil or to create any other sort of project that unifies their talents, the world deserves this reunion.

Back in the realm of current affairs, Brendan Fraser’s The Whale is headed to theaters through your typical awards season rollout. New York and Los Angeles will see the film debuting on December 9th, with the wide release taking place on December 21st.

Meanwhile, Sarah Michelle Gellar’s Teen Wolf offshoot Wolf Pack will be set to debut for those with a Paramount+ subscription at some point in the near future. Last, but not least, if you’re curious about The Air I Breathe, that film is currently streaming for free on various platforms, such as Tubi.