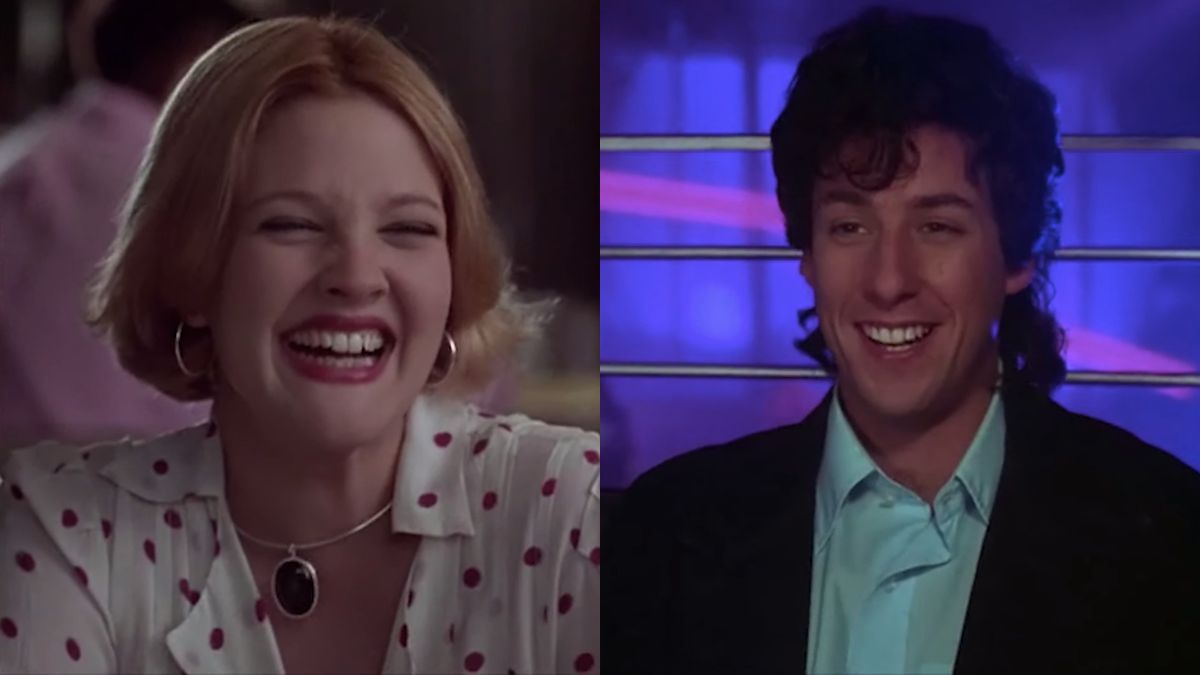 We’ve seen Drew Barrymore take on a number of different roles that have shaped her into the great actress she is today. She’s really come a long way since her early role as the precious 7-year-old Gertie in E.T. the Extra-Terrestrial which has ranged over the years from cute and sexy to kick-ass roles. While talking about her best movies, this actress/talk show host spoke about pitching The Wedding Singer to Adam Sandler and why being a part of Charlie’s Angels felt like a breath of fresh air.

Drew Barrymore really knows how to shine in anything she does, whether her cute giggles make us laugh with her or she throws a mean kick. One of her most memorable roles was The Wedding Singer where Adam Sandler’s character Robbie Hart saves a reception hall waitress from becoming the future Julia Gulia. While being interviewed by Gayle King on The Drew Barrymore Show, the former child star dished about what it was like to pitch this classic comedy to her long-time friend.

And a heartstring-tugging rom-com was born. The chemistry between Adam Sandler and Drew Barrymore is truly what made The Wedding Singer one of the best romantic comedies of all time. Sure, we got some ‘80s nostalgia, an elderly lady rapping a spell, and a Billy Idol cameo. But, the characters of Robbie and Julia really were relationship goals of inspiring the best out of each other and showing audiences what “church tongue” really is. As for if the budding pair would be willing to do another movie together, they said they would rather wait until a really great opportunity comes their way. Considering these two have jokingly spoken about making a movie together every ten years, it would be that long next year since their last movie Blended came out. So, let’s cross our fingers that we’ll get a surprise announcement from these two then.

Not only was The Wedding Singer brought up, but Charlie’s Angels was another film of Barrymore’s that she was proud to be a part of. She explained to King why playing the role of Dylan Sanders was important to her.

She makes a good point. While she and the rest of the Angels kicked some serious ass against tough men, it didn’t mean they didn’t have fun while doing so. The two films presented three women who were the best of friends committing life-saving tasks with each other while having a good laugh about it later. After more than 20 years since Charlie’s Angels, she, Cameron Diaz, and Lucy Liu still hang out as they feel like their friendship with each other is very real and not a “Hollywood fairytale.” You would have to be very lucky to have a friendship as lasting as theirs has been.

Any actress would consider themselves fortunate to take part in the iconic movies that Drew Barrymore has had working with great co-stars she’s had lasting friendships. She may be on an indefinite acting hiatus right now, but you can watch her television host The Drew Barrymore Show every morning on CBS at 9:30 am. Keep up with CinemaBlend’s upcoming movies so you’ll be the first to know when the Hollywood starlet will make her way back to the big screen.

The post Drew Barrymore Talks Pitching The Wedding Singer To Adam Sandler And Why Charlie’s Angels Felt Like A Breath Of Fresh Air appeared first on Patabook Entertainment.