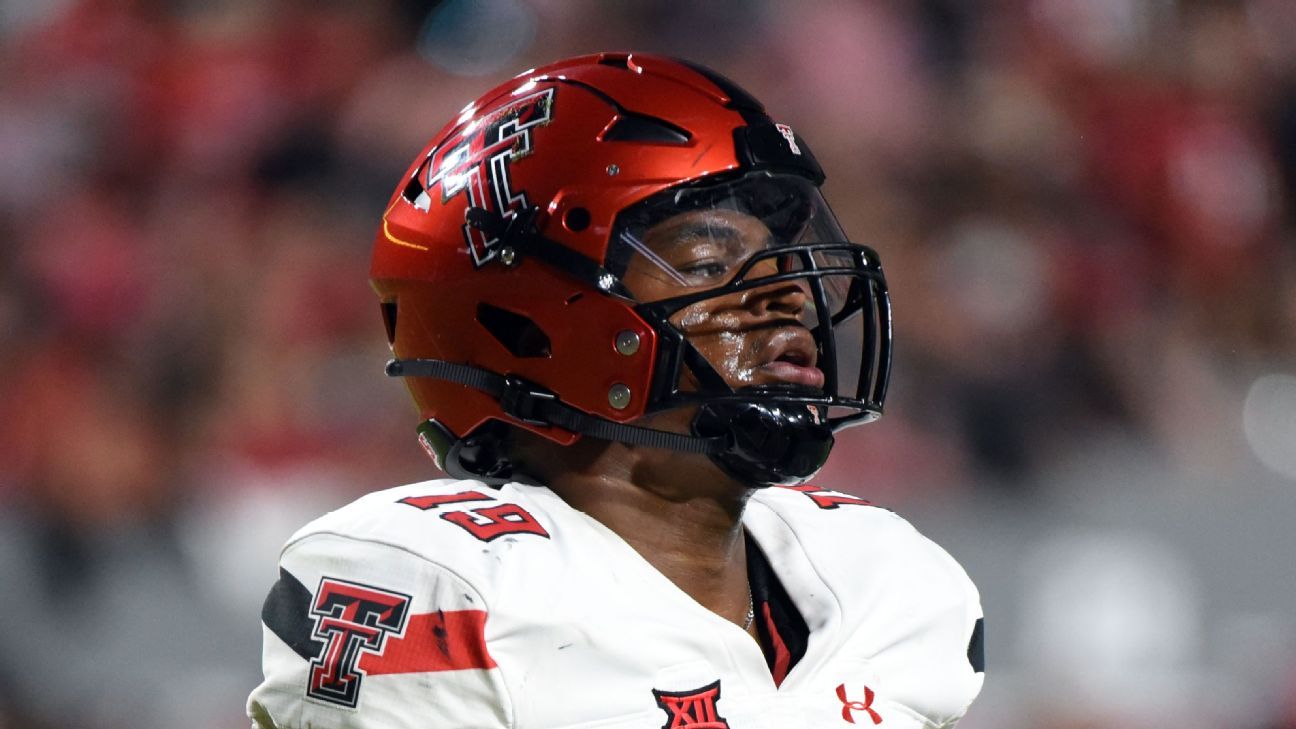 Texas Tech outside linebacker Tyree Wilson announced on Sunday that he will forgo his senior season and declare for the NFL draft.

Wilson, a 6-6, 275-pound edge rusher who is No. 10 overall in Todd McShay’s draft rankings and No. 15 in Mel Kiper’s, suffered a season-ending foot injury against Kansas on Nov. 12. He is the No. 2 defensive prospect in this year’s draft, according to both analysts.

“I fully intended to finish this season with my brothers on the field, but unfortunately, I broke a bone in my foot and despite my best efforts to work through it, multiple doctors have advised me to get it fixed immediately,” Wilson said in a statement on Twitter. “Although I have to stay off my foot for the next couple of months, I will be 100% healthy and prepared for the NFL Draft workouts where I plan to continue to prove that I’m the best defensive player in this upcoming draft.”

Wilson signed with Texas A&M out of high school but transferred to Texas Tech in 2020. He had seven sacks last season for the Red Raiders, then amassed career highs with 61 tackles and 14 tackles for loss this year, while adding seven sacks.

“Tyree Wilson is a deserving All-America candidate and one of the best players in the country who will only excel at the next level,” Texas Tech coach Joey McGuire said. “Our entire program is in full support of Tyree as he begins his recovery. Tyree fully embodies ‘The Brand,’ and will flourish in the NFL where we fully expect he will be a first-round selection. Tyree is a great teammate and captain who will represent Texas Tech proudly as he takes this next step in his career.”

Like
Comment
Share
Processing
Voice note recorded successfully
Record
Recording 00:00
Commenting has been turned off for this post.
Sponsored
Categories
Read More
World News
Specialty Paper Market Growth Trends, Overview, Size, Demand, and Leading Players
What is Specialty Paper?  Specialty paper is a term that refers to a type of paper that has...
By Stephen Lobo 2022-12-16 14:03:54 0 43
Homes
Home Decorating ideas handmade easy/ DIY Projects Easy and Cheap #shorts
Welcome to ArtDIY channel!! Thank you for being with us! I hope you will enjoy…!!! Watch...
By Patabook News 2022-12-17 05:15:01 0 15
Women
Drake’s OVO Drops a Capsule Collection + Other Fashion News
Photography courtesy of OVOPlus Reformation’s new Canadian flagship has magic wardrobes....
By Patabook News 2022-12-18 04:40:01 0 20
Women
The Turkey Trot Meme Won’t Die. Why?
In for 2022: pilates, flared leggings, tinned fish, reproductive rights. Out: skinny jeans,...
By Patabook News 2022-11-21 04:35:02 0 23
Sports
“Pinching Myself”: Cameron Green After Being Picked By Mumbai Indians For Rs 17.5 Crore At IPL Auction 2023
File photo of Cameron Green.© AFP After being bought by Mumbai Indians for the upcoming...
By Patabook News 2022-12-23 23:20:01 0 14