When Will the 2022 Midterm Election Results Be Announced? 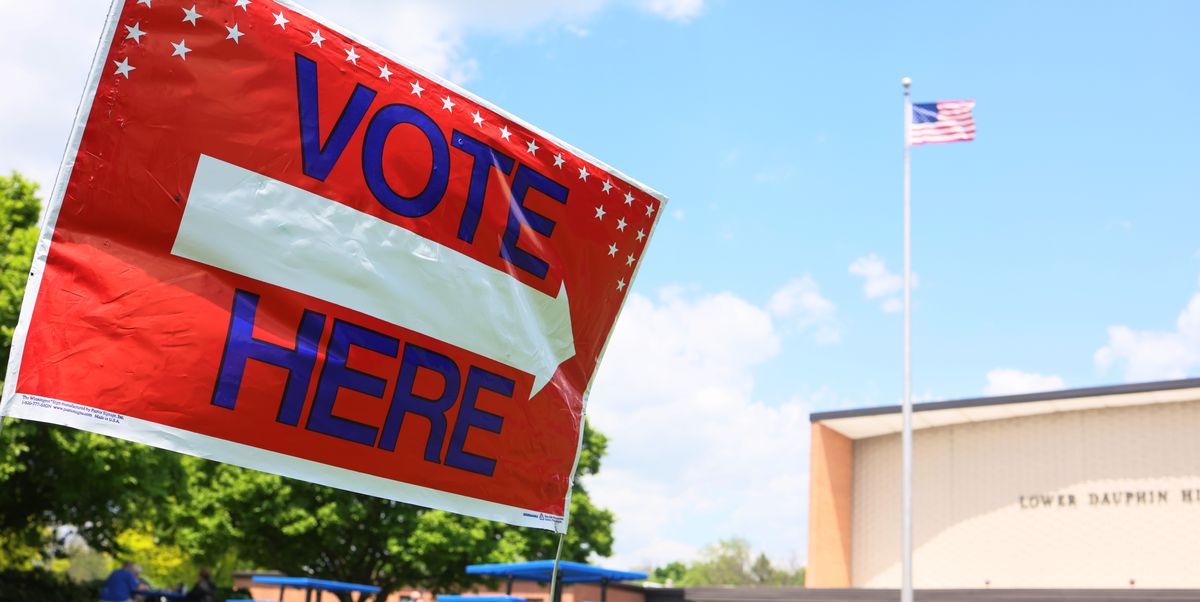 The midterms are coming quickly, and this year, there’s a lot at stake: It’s the first nationwide election day since President Joe Biden was voted into office, and it will ultimately decide which party is in charge of the U.S. House and Senate, as well as who will lead a number of impactful local offices. Our new officials will then be tasked with working on dire issues like the economy, climate change, and the future of abortion access—and who’s sitting in office could make the difference between forward momentum or a rollback of rights and progress. But when exactly will we know who won each midterm election? Below, find a guide for how to follow the races—plus how you can still participate.

When are the midterm elections?

Election Day is officially Tuesday, Nov. 8, though some states offer early voting to make the elections more accessible. You can check if your state has early voting options here, but be sure to check the address for early voting if it’s offered—the polls might be at a different location than on regular Election Day.

When will the midterms results be announced?

In years past, the midterm election results were often announced the night of Election Day after polls closed or the morning after, so you will likely see results the night of Nov. 8 or early in the morning on Nov. 9. You can keep tabs on who’s winning each race at outlets like NBC News, The New York Times, and FiveThirtyEight.

However, in some states, a candidate must receive a majority of the votes to win, and if no one does, the top two vote-getters go to a runoff election, typically in December, meaning we’ll have to wait until then for the final results.

How can I find out who’s on my midterm ballot?

If you’re still wondering who exactly will appear on your ballot come Election Day, you can find that (and more) at When We All Vote’s voter hub. If you don’t recognize the names on your ballot, often specific organizations will offer a basic guide to help voters figure out who best aligns with their values, like this list from the Democratic Socialists of America or this one from the Working Families Party, for example. And the nonprofit, nonpartisan League of Women Voters has built the site VOTE 411 to help people figure out where candidates stand on various issues, in case they haven’t had a chance to closely follow the races.

How can I register for the midterm elections?

Registration dates vary by state, so be sure to check the deadlines for your area here. (Note that some states will allow voters to register the same day you vote, while others have an earlier deadline.) And if you’re still wondering if you’re registered (you may be and not realize it!) or want to do so ASAP, select the button below to get started:

Aimée Lutkin is the weekend editor at ELLE.com. Her writing has appeared in Jezebel, Glamour, Marie Claire and more. Her first book, The Lonely Hunter, will be released by Dial Press in February 2022.

The post When Will the 2022 Midterm Election Results Be Announced? appeared first on Patabook Fashion.

Like
Comment
Share
Processing
Voice note recorded successfully
Record
Recording 00:00
Commenting has been turned off for this post.
Sponsored
Categories
Read More
World News
Russian Protestors Urge Putin To Strike Washington With ‘Nukes"
Russia said on Friday that it had tested RS-28 Sarmat silo-based intercontinental ballistic...
By Patabook News 2022-11-26 04:44:46 0 68
Sports
Pacquiao to enter ring in 2023 with Japan’s Rizin
5:59 AM ET SAITAMA, Japan — Manny Pacquiao will return to the ring in 2023. The boxing...
By Patabook News 2023-01-01 04:20:01 0 8
Travel
In Just A Few Short Years, Island Brands Has Achieved Widespread Success In Beer.
Over the last few years, Island Brands has been making waves across the Southeastern United...
By Patabook News 2022-10-22 05:10:01 0 56
Entertainment
Sideshow & Janus Films, Maestros Behind ‘Drive My Car’ Rollout, Take ‘EO’ To The Theater
“The donkey is cute, but this is not a Disney movie,” said Jonathan Sehring, the...
By Patabook News 2022-11-21 04:55:01 0 27
Movies
The Guardians of the Galaxy Holiday Special Trailer #1 (2022)
Check out The Guardians of the Galaxy Holiday Special Trailer starring Chris Pratt, Dave...
By Patabook News 2022-10-26 05:00:02 0 35