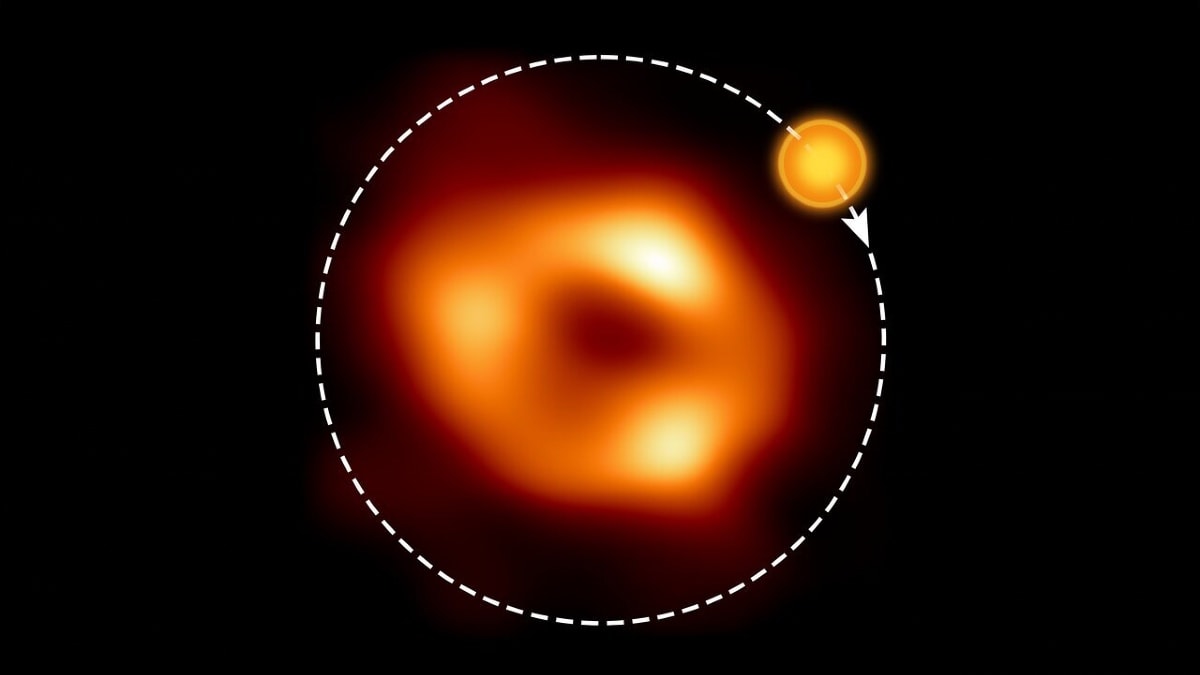 Astronomers said Thursday they have spotted a hot bubble of gas spinning clockwise around the black hole at the centre of our galaxy at “mind blowing” speeds.

The detection of the bubble, which only survived for a few hours, is hoped to provide insight into how these invisible, insatiable, galactic monsters work.

The supermassive black hole Sagittarius A* lurks in the middle of the Milky Way some 27,000 light years from Earth, and its immense pull gives our home galaxy its characteristic swirl.

The first-ever image of Sagittarius A* was revealed in May by the Event Horizon Telescope Collaboration, which links radio dishes around the world aiming to detect light as it disappears into the maw of black holes.

One of those dishes, the ALMA radio telescope in Chile’s Andes mountains, picked up something “really puzzling” in the Sagittarius A* data, said Maciek Wielgus, an astrophysicist at Germany’s Max Planck Institute for Radio Astronomy.

This burst of energy, thought to be similar to solar flares on the Sun, sent a hot bubble of gas swirling around the black hole, according to a new study published in the journal Astronomy and Astrophysics.

The gas bubble, also known as a hot spot, had an orbit similar to Mercury‘s trip around the Sun, the study’s lead author Wielgus said.

But while it takes Mercury 88 days to make that trip, the bubble did it in just 70 minutes. That means it travelled at around 30 percent of the speed of light.

The scientists were able to track the bubble through their data for around one and half hours – it was unlikely to have survived more than a couple of orbits before being destroyed.

Wielgus said the observation supported a theory known as MAD. “MAD like crazy, but also MAD like magnetically arrested discs,” he said.

The phenomenon is thought to happen when there is such a strong magnetic field at the mouth of a black hole that it stops material from being sucked inside.

But the matter keeps piling up, building up to a “flux eruption”, Wielgus said, which snaps the magnetic fields and causes a burst of energy.

By learning how these magnetic fields work, scientists hope to build a model of the forces that control black holes, which remain shrouded in mystery.

Magnetic fields could also help indicate how fast black holes spin – which could be particularly interesting for Sagittarius A*.

While Sagittarius A* is four million times the mass of our Sun, it only shines with the power of about 100 suns, “which is extremely unimpressive for a supermassive black hole, Wielgus said.

“It’s the weakest supermassive black hole that we’ve seen in the universe – we’ve only seen it because it is very close to us.”

But it is probably a good thing that our galaxy has a “starving black hole” at its centre, Wielgus said.

“Living next to a quasar,” which can shine with the power of billions of suns, “would be a terrible thing,” he added.

Buying an affordable 5G smartphone today usually means you will end up paying a “5G tax”. What does that mean for those looking to get access to 5G networks as soon as they launch? Find out on this week’s episode. Orbital is available on Spotify, Gaana, JioSaavn, Google Podcasts, Apple Podcasts, Amazon Music and wherever you get your podcasts.