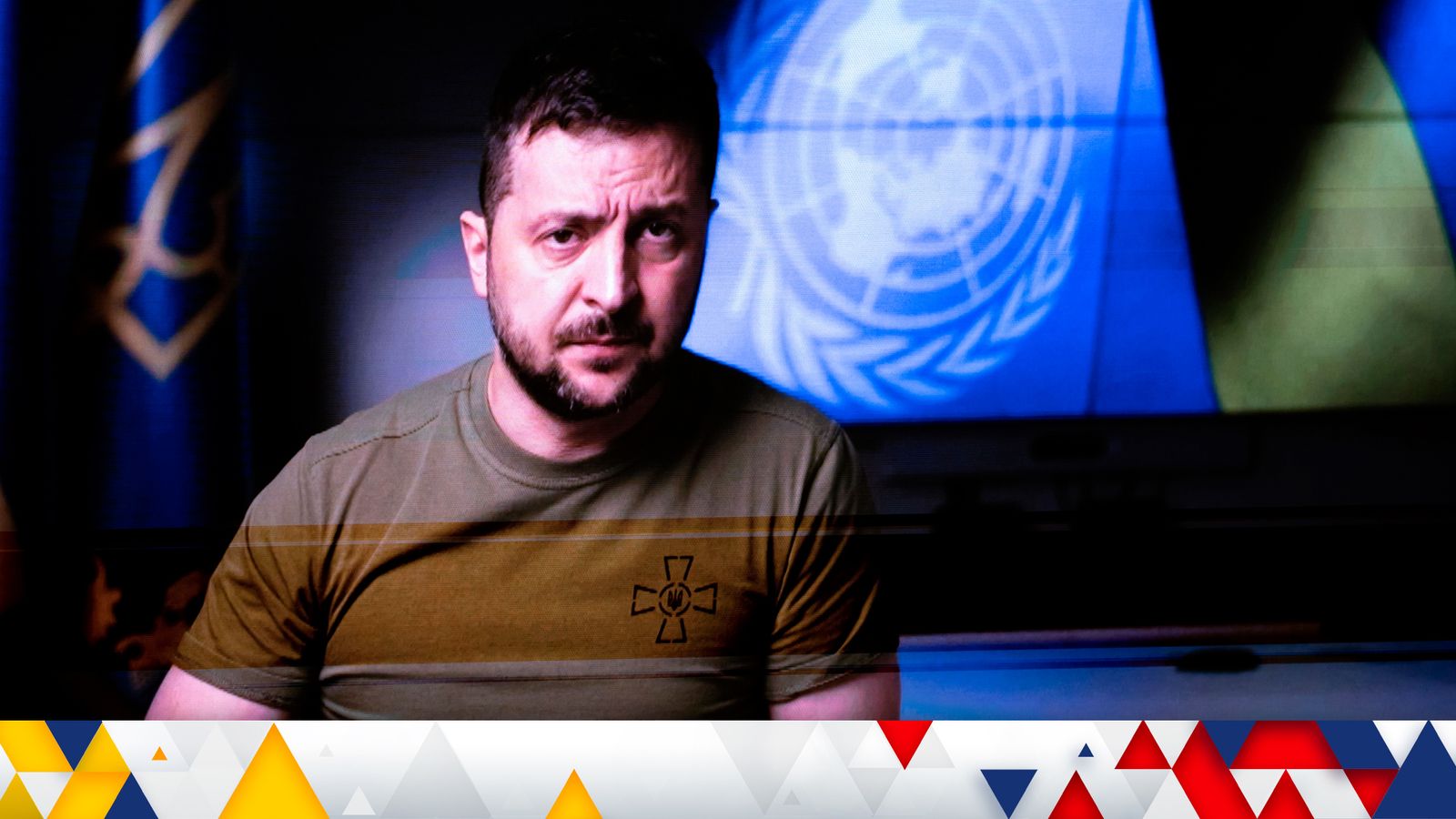 Addressing the United Nations General Assembly by video, Mr Zelenskyy laid out a five-point plan to establish peace in the seven-month-long conflict.

Speaking about the punishment he wants for Russia, he said: “Punishment for the crime of aggression.

“Punishment for violation of borders and territorial integrity.

“Punishment that must be in place until the internationally-recognised border is restored.”

He added that Ukraine would not adopt neutrality, saying: “Those who speak of neutrality, when human values and peace are under attack, mean something else.”

Mr Zelenskyy said no other peace proposal would be accepted, adding: “The further the Russian terror reaches, the less likely it is that anyone in the world will agree to sit at one table with them.”

His words came after Vladimir Putin announced plans to mobilise as many as 300,000 Russian reservists for the war, the first such call-up since World War Two.

Mr Zelenskyy said this showed Mr Putin was not serious about negotiating an end to the conflict, while in Russia the news sparked widespread anti-war protests and a scramble for flights out of the country.

Mr Putin also made a thinly-veiled threat to use nuclear weapons, adding that his words were “not a bluff”.

The Russian leader accused the West of “nuclear blackmail”, claiming “high-ranking representatives of the leading NATO states” had talked about using weapons of mass destruction against Russia.

US President Joe Biden said the nuclear threat was “reckless” and “irresponsible”, adding: “A nuclear war cannot be won and must never be fought.

“Wherever you are, wherever you live, whatever you believe, that should… make your blood run cold.”

Russia’s mission to the UN has not responded to the comments, which are the latest in a long line of criticism prompted by the country’s invasion of Ukraine in February.

But, as a permanent member of the powerful UN Security Council, Russia was able to veto a demand to stop its attack on Ukraine in the early days of the war.

The post Zelenskyy calls on the UN for ‘just punishment’ over Russia’s invasion of Ukraine appeared first on Patabook News .