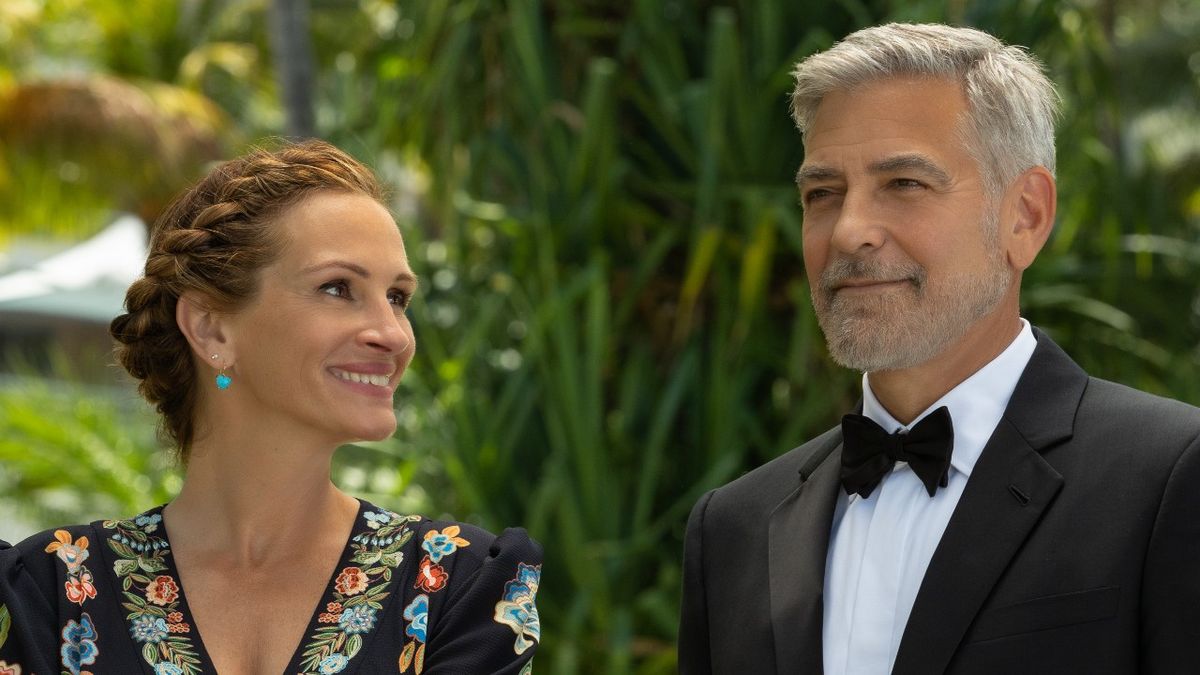 Julia Roberts and George Clooney have managed to keep their friendship intact since first teaming up in Ocean’s Eleven. Of course, the two Hollywood stars have developed enough of a rapport with each other to trade witty banter on occasion. That’s why pairing up for the romantic comedy Ticket to Paradise made sense. With the movie premiering in a few weeks, Roberts gave an A+ response regarding why she decided to film the rom-com with Clooney.

The movie marked Roberts’ return to the genre after she stopped doing rom-coms for years. In fact, doing Ticket to Paradise led to her defending her and other stars’ 1990s romantic comedies. Seeing the Ocean’s Eleven co-stars as a divorced couple may be what audiences need as critics are saying in Ticket to Paradise reviews, as playing a former couple suits the friends’ dynamic. Roberts was asked what prompted her to join the comedy film, and the rom-com staple cheekily responded by implying it was the chance to make fun of Clooney, saying to The AU Review:

It seemed like the Pretty Woman star reveled in the chance to talk smack to the two-time Oscar winner while collecting a check. Of course, she couldn’t pass up the opportunity to do so. It appears Clooney’s David is still in love with Roberts’ Georgia, according to the 54-year-old actress. So the friends’ witty banter will be on display for moviegoers to see.

One might think Clooney and Roberts knew each other before co-starring in numerous films, but that wasn’t the case, as these two didn’t formally meet until they began preparing for Ocean’s Eleven. In the same interview with The AU Review, Clooney spilled about how Steven Soderbergh fostered their decades-long friendship. In his words:

Of course, The Tender Bar director must get a quip at Roberts’ expense. At least the Hollywood stars hit it off from the jump. It makes sense now why their friendly humor seems so natural. That’s why doing a rom-com together made sense after previously starring in the 2016 thriller Money Monster.

Unlike their chaotic harmony in the Ocean’s franchise, Ticket to Paradise will see George Clooney and Julia Roberts playing the divorced exes David and Georgia Cotton who come together to stop their daughter from marrying a man she just met. Humor and hijinks ensued as they try enacting their plan in the groom’s native country as shown in the Ticket to Paradise trailer. Moviegoers will get to see the Roberts-Clooney reunion when the rom-com premieres in theaters on October 21. After watching the onscreen duo, don’t forget to check out other upcoming movies arriving in 2022.

The post Julia Roberts Has An A+ Response When Asked Why She Decided To Film Rom-Com Ticket To Paradise With George Clooney appeared first on Patabook Entertainment.