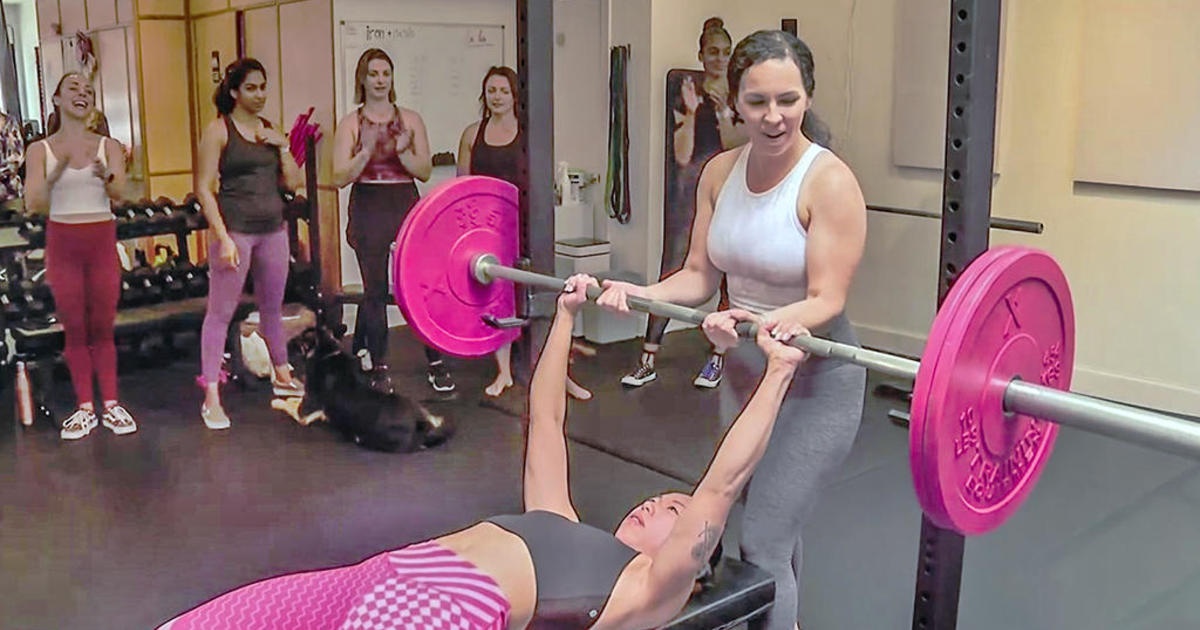 SAN FRANCISCO (KPIX) — On Saturday, women at a San Francisco gym used their muscle to show strength for women in states that have restricted access to abortion.

Danielle Repetti, the owner of the female-focused fitness studio Iron & Mettle in San Francisco, hosted a bench press competition that served as a fundraiser for the Women’s Reproductive Rights Assistance Project, a non-profit organization that helps women access safe and legal abortion services.

“Our gym is a strength-training studio made for women. We support women. We believe they’re strong and resilient. Abortion is health care. It is, specifically, women’s health care. I just couldn’t think of a better cause to support in this moment,” she said. “With Roe v. Wade, it just felt like we had to do something.”

The more weight a participant lifted, the more money was donated.

“If somebody benched 100 pounds for their highest rep, then that person plus all of their sponsors would donate $100 each,” Repetti said. “It was dollars for pounds.”

In total, the women bench-pressed more than 5,000 pounds, which meant they donated more than $5,000 to the cause.

“I’m over the moon, filled with joy about the event today and that everybody showed up in support,” Repetti said.

“There’s a lot of women who came before me who fought for this. To see that all just gone, it’s upsetting,” she said. “Abortion is health care. We have to continue to support abortion access for everyone.”

Even though abortion rights aren’t currently threatened in California, some participants told KPIX they felt compelled to show support for women across the country.

“It’s on all of our minds now,” said Emma Schultz. “I’m from Georgia and Tennessee so it’s definitely something close to my heart. We want to try and donate and help women everywhere.”

“We wanted to come out and support and be empathetic and not stop fighting until everybody has this access,” said Jennifer Hauseman.

Max Darrow is an Emmy award winning reporter/MMJ for KPIX 5. He joined the KPIX 5 news team in July 2021.

Like
Comment
Share
Processing
Voice note recorded successfully
Record
Recording 00:00
Commenting has been turned off for this post.
Sponsored
Categories
Read More
US News
Emerging from a 2-year coma, a West Virginia woman says her brother attacked her : NPR
Wanda Palmer spent two years in a coma, but she recently emerged...
By Patabook News 2022-07-18 21:00:01 0 36
Travel
Idli Sambar – Eating Steamed Rice Cakes on a Narrow Lane in Varanasi
Idli Sambar is a wonderful Indian breakfast or snack from South India. Check out more of my...
By Patabook News 2022-07-22 11:35:02 0 41
Movies
Warm Welcome For Climate Change Doc ‘The Territory’ – Specialty Box Office
The Picturehouse release of National Geographic Documentary Films  The Territory grossed a...
By Patabook News 2022-08-22 00:35:01 0 26
US News
Family of Washington County man who was killed while mowing his lawn speaks out
The family of a Washington County man who who was shot while mowing his lawn told Channel 11...
By Patabook News 2022-05-27 06:00:02 0 44
US News
Skubal Shuts Down The Twins – CBS Detroit
Tarik Skubal allowed just two hits in seven shutout innings in Detroit Tigers’ 5-0 win over the...
By Patabook News 2022-06-03 12:00:02 0 33