Beijing vows consequences if US politician travels to Taiwan 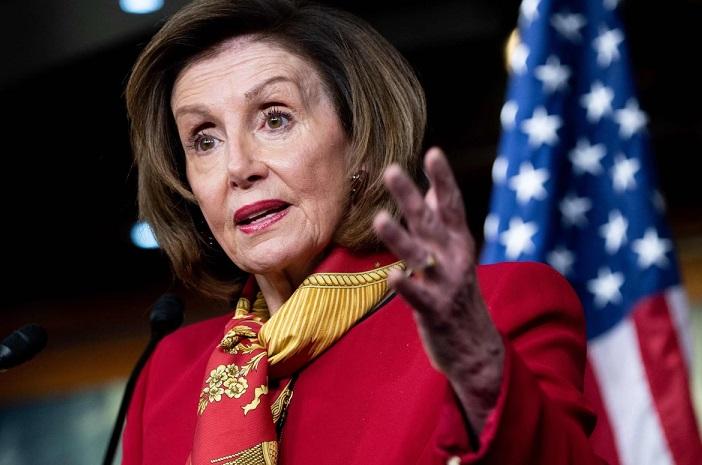 US House of Representatives Speaker Nancy Pelosi's rumoured plan for a trip to Taiwan has infuriated China and left the White House with a serious geopolitical headache. How big a problem is this?

China has warned of "serious consequences" if Mrs Pelosi were to proceed with her visit.

Second in line to the presidency, Mrs Pelosi would be the highest ranking US politician to travel to the island since 1997.

This rankles China, which sees self-ruled Taiwan as a breakaway province that must become a part of the country. Beijing has not ruled out the possible use of force to achieve this.

Even the Biden administration has reportedly tried to dissuade the California Democrat from going.

Last week, President Joe Biden told reporters "the military thinks it's not a good idea", but his White House has called Chinese rhetoric against any such trip "clearly unhelpful and not necessary".

The state department says Mrs Pelosi has not announced any travel and the US approach to Taiwan remains unchanged.

While the US maintains what is calls a "robust, unofficial relationship" with Taiwan, it has formal diplomatic ties with China, and not Taiwan.

Ms Pelosi's trip, if it were to happen, also comes amid increased tensions between Washington and Beijing - and ahead of a much anticipated phone call between US President Joe Biden and Chinese leader Xi Jinping.
Why would Pelosi want to visit Taiwan?

There is strong bipartisan support for Taiwan among the American public and in the US Congress.

And over a congressional career spanning 35 years, Speaker Pelosi has been a vocal critic of China.

She has denounced its human rights record, met with pro-democracy dissidents, and also visited Tiananmen Square to commemorate victims of the 1989 massacre.

Mrs Pelosi's original plan was to visit Taiwan in April, but it was postponed after she tested positive for Covid-19.

She has declined to discuss details of the trip, but said last week that it was "important for us to show support for Taiwan".

Why does China oppose the visit?

Beijing views Taiwan as its territory, and has repeatedly raised the spectre of annexing it by force if necessary.

Chinese officials have expressed anger over what they view as growing diplomatic engagement between Taipei and Washington. This includes a surprise visit to the island by six US lawmakers in April.

On Monday, Chinese foreign ministry spokesman Zhao Lijian warned his country would take "firm and resolute measures" if Mrs Pelosi went ahead with her visit.

"And the US will be responsible for all of the serious consequences," he said.

A spokesman of the Chinese ministry of defence seemed to suggest there could even be a military response.

"If the US side insists on going ahead, the Chinese military will never sit idle and will take strong measures to thwart any external interference and separatist attempts for 'Taiwan independence'," Colonel Tan Kefei told China Daily. 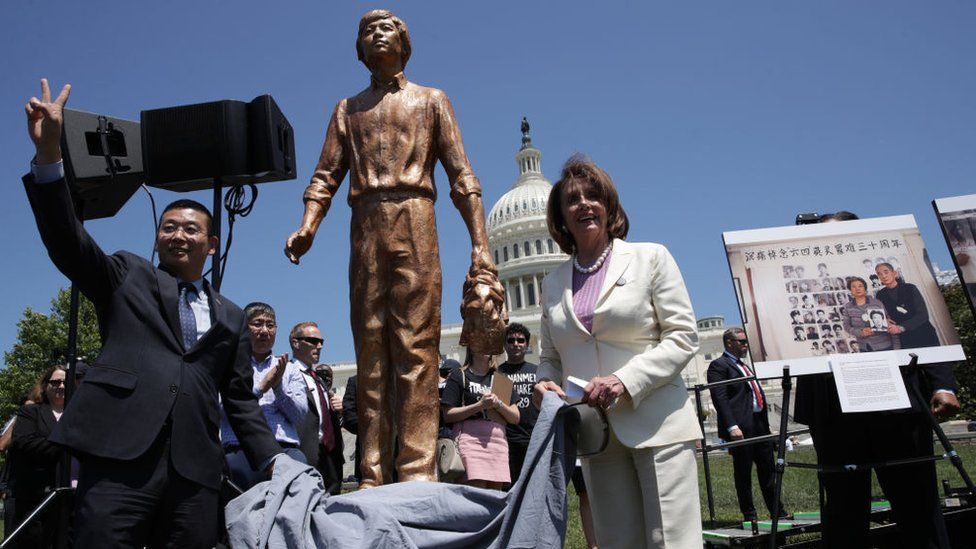 If you are a small island state with few allies, not recognised by the United Nations, and threatened with invasion by a much larger and more powerful neighbour, then getting a visit by the third most powerful politician in the United States should be something you welcome. Right?

That's why the Taiwanese government is not about to tell the US House Speaker Nancy Pelosi to stay away.

Taiwan's President Tsai Ing-wen has long called for higher level engagement with the US. But there is also concern about why Ms Pelosi is coming now, and whether her trip could do more harm than good.

Three times in the last year President Joe Biden has said the US would intervene to support Taiwan in the event of a Chinese invasion, only to have his staff roll back his remarks - insisting there is no change in US policy.

When news of Ms Pelosi's trip to Taiwan was leaked, President Biden's response was not to give his support - but instead to say, "the department of defence thinks it's not a good idea".

Ms Pelosi is now 82 and expected to retire in the autumn. Is she coming here with a clear intent to offer real support, or is it a political stunt? It's all very unclear.

At its party congress later this year, the Chinese Communist Party is set to re-elect Mr Xi to an unprecedented third term as president.

President Biden - who last spoke with President Xi in March - has said they will speak over the phone again in the next few days, on a range of topics including Taiwan and other "issues of tension".

The call comes as US officials warn of a Chinese military build-up in the Asia-Pacific region and "aggressive and irresponsible behaviour" in the South China Sea.

The threats of retaliation over Mrs Pelosi's visit have raised concerns over China's possible response.

When then-US Health Secretary Alex Azar flew to Taiwan in 2020, Chinese air force jets crossed over the mid-line of the Taiwan Strait - the narrow waterway between the island and its giant neighbour - within range of Taipei's missiles.

Last week, the former editor of China's state-run Global Times newspaper suggested a "shocking military response" may be in store for Mrs Pelosi.

Until now, Washington's policy of "strategic ambiguity" has meant the US has been deliberately unclear about whether or how it would defend Taiwan in the event of a large scale attack on the island.