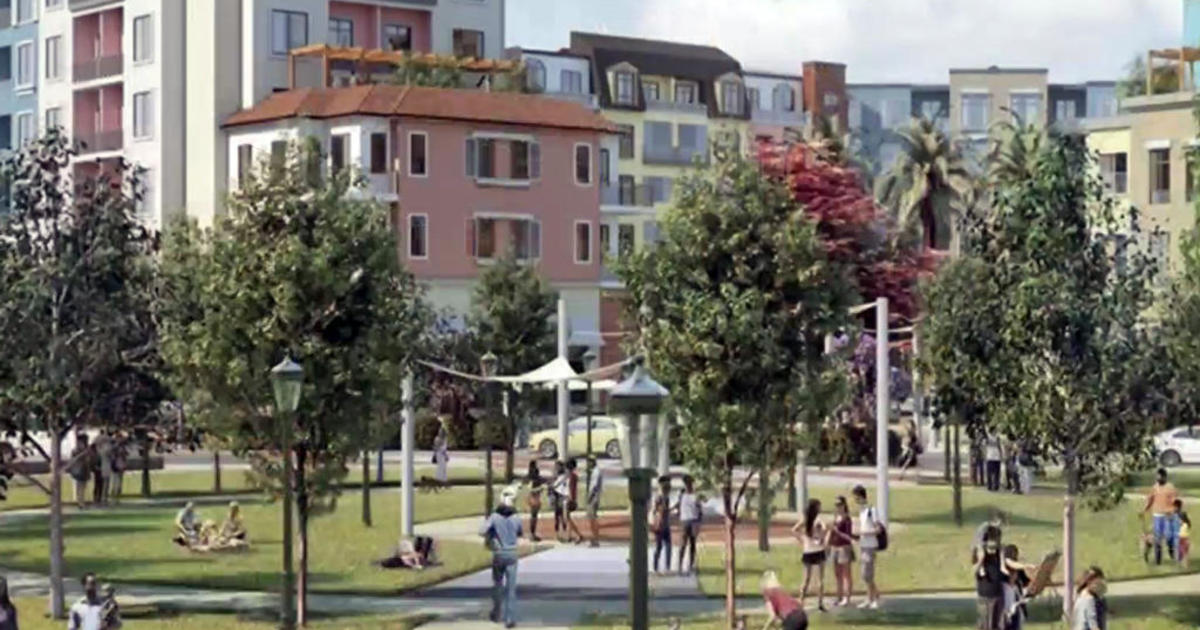 “I’m excited to see the changes, see the growth. However, I really, really want to remain here,” said Mary Burks, who leases space to run Lifeworx, a local gym.

Plans call for hundreds of new homes and apartments, retail and office, a hotel and playfields. It will be a Santana Row-style mixed-use village but with about 30 low-income housing units and a senior living center.

“It’s a major milestone for a project of this size,” said Bob Staedler, of Silicon Valley Synergy, a land use consulting business not tied to the project.

Staedler said the project is a significant improvement for the Cambrian neighborhood of San Jose.

“It’s going to be dramatically different. It’s a modern land use plan, urban planning. The architecture is going to be outstanding, and that park is going to be an asset for the whole neighborhood,” Staedler said.

Current retail tenants are mostly leasing space month-to-month. They haven’t been told whether they will be able to carry over into new spaces and if they do, rents will undoubtedly go up.

“The small business owners like myself and place like the art studio probably won’t be able to afford to stay,” Sid Michael Dennison, who runs a small business called Future Wash at the plaza.

Gone too will be the look and feel of the old shopping plaza–a style once common in San Jose.

“I do like this small town feel right here. It will change our community, yes it will,” said Rosemary Pathy-McKinney of San Jose.

The land for the project is expected to be annexed by the city of San Jose this summer. The plans now move to the San Jose City Council for final approval later this year.

San Jose native Len Ramirez has been a news reporter for KPIX 5 News covering the Santa Clara County/South Bay Region since 1989. Prior to his arrival at KPIX 5, Len was a reporter for KOMO Channel 4 in Seattle, Washington and at KMST Channel 46 in Monterey. Ramirez was also a general assignment reporter for the San Jose newsroom at KSBW Channel 8 in Salinas.