North Korea claims it has identified source of its COVID outbreak 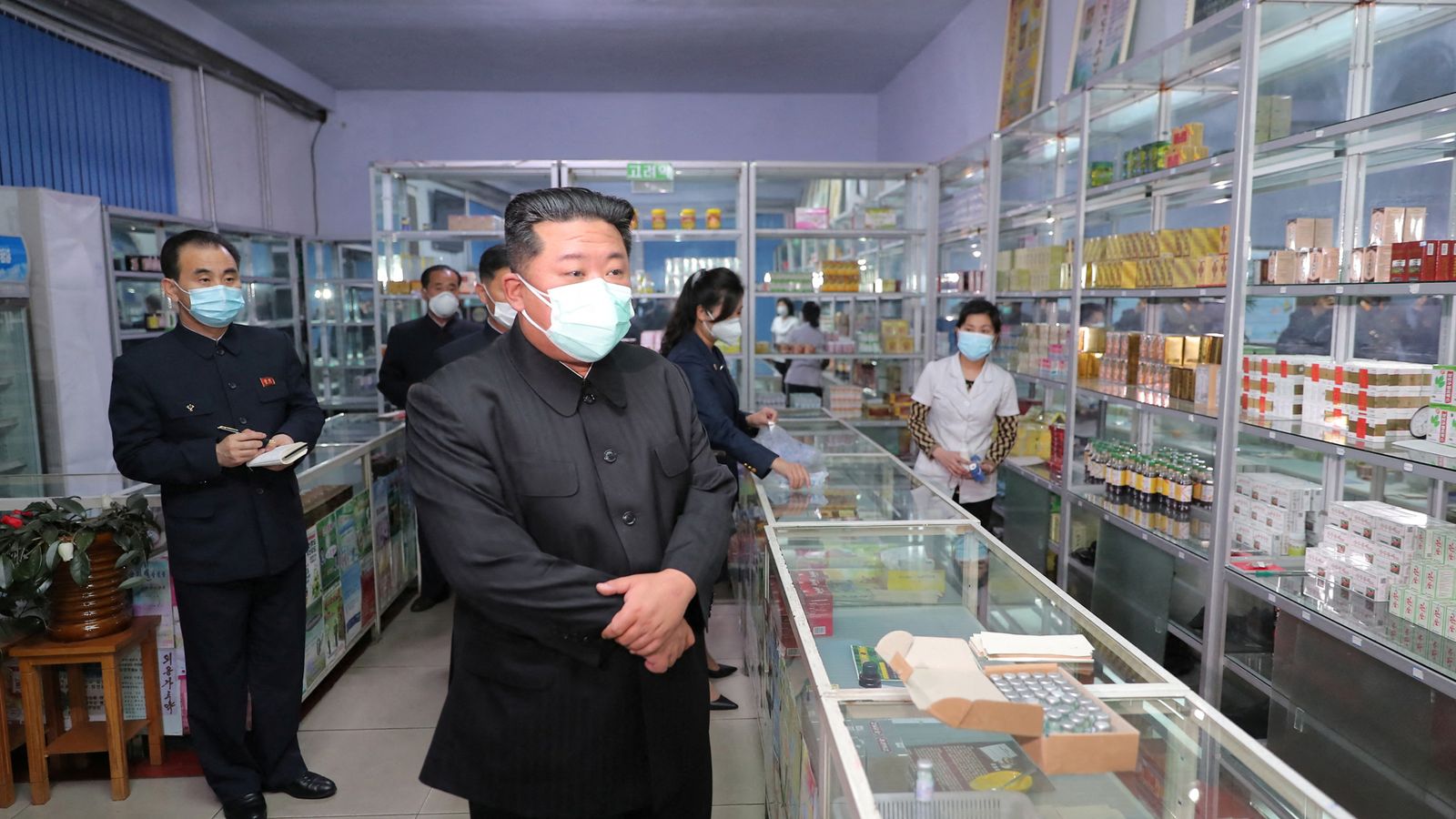 North Korea says it has identified the source of its COVID-19 outbreak – citizens touching “alien things” near the border with South Korea.

State media outlet KCNA reported: “It was known that an 18-year-old soldier surnamed Kim and a five-year-old kindergartner surnamed Wi contacted with alien things in a hill around barracks and residential quarters in Ipho-ri early in April.”

The pair had shown symptoms and later tested positive for the coronavirus.

Ipho-ri is on the east coast near the border with South Korea.

“The investigation results showed that several persons coming from the area of Ipho-ri in Kumgang County of Kangwon Province to the capital city in mid-April were in fever, and a sharp increase of fever cases was witnessed among their contacts,” KCNA added.

North Koreans were warned to “vigilantly deal with alien things coming by wind and other climate phenomena and balloons in the areas along the demarcation line and borders”.

But this was stopped by the South Korean government in 2020, citing safety reasons, although critics said the move was aimed at improving relations with North Korean authorities.

Meanwhile, North Korea says its COVID outbreak is subsiding but it is difficult to assess this claim.

A reported shortage of COVID tests means that the North Korean health authorities only report the number of people with fever symptoms, rather than confirming they have COVID.

On Friday, the country said there were 4,570 more people experiencing fever, with 4.74 million fever patients recorded since late April.

The country first confirmed its outbreak in May, sparking international concerns about the vulnerability of a population that was unvaccinated and battling massive food shortages.

A number of countries have offered aid, including vaccines and medical supplies, but an offer from the US sparked an angry response from North Korea’s foreign ministry on Thursday.

The ministry said that the US was only offering aid in an effort to silence critics of its hostile policy towards North Korea.

According to North Korea, that hostility is shown through military exercises and long-standing sanctions aimed at forcing Kim Jong-Un to cut his nuclear programme.

The North Korean foreign ministry said that the US had failed to handle its own COVID-19 crisis and should drop its “foolish” aid offer and concentrate on its own problems.

The post North Korea claims it has identified source of its COVID outbreak appeared first on Patabook News .

Like
Comment
Share
Processing
Voice note recorded successfully
Record
Recording 00:00
Commenting has been turned off for this post.
Sponsored
Categories
Read More
Movies
Watcher Extended Trailer (2022) | Movieclips Trailers
Check out IFC’s official trailer for Watcher starring Maika Monroe! Let us know what you think...
By Patabook News 2022-04-28 02:10:02 0 42
Technology
Biden kicks off $3 billion plan to boost battery production for electric vehicles
U.S. President Joe Biden delivers remarks about climate change and protecting national...
By Patabook News 2022-05-02 19:55:02 0 44
US News
An Illinois state trooper was left disabled in a crash, and his wife is furious as the driver is catching a break
CHICAGO (CBS) — Scott’s Law requires drivers to slow down and move over when you...
By Patabook News 2022-05-28 12:00:02 0 49
US News
Crews make quick work of Coyote Fire
Crews make quick work of Coyote Fire – CBS Los Angeles Watch CBS News...
By Patabook News 2022-06-21 07:00:01 0 21
US News
At least 18 dead, 30 injured in overnight strikes in Odesa region
Rescue workers work at the scene of a missile strike at a location in the Odesa region,...
By Patabook News 2022-07-01 09:00:01 0 28