Coco Gauff Opens Up About Feeling Pressure to Win at 15: “I Just Put So Much on Myself” 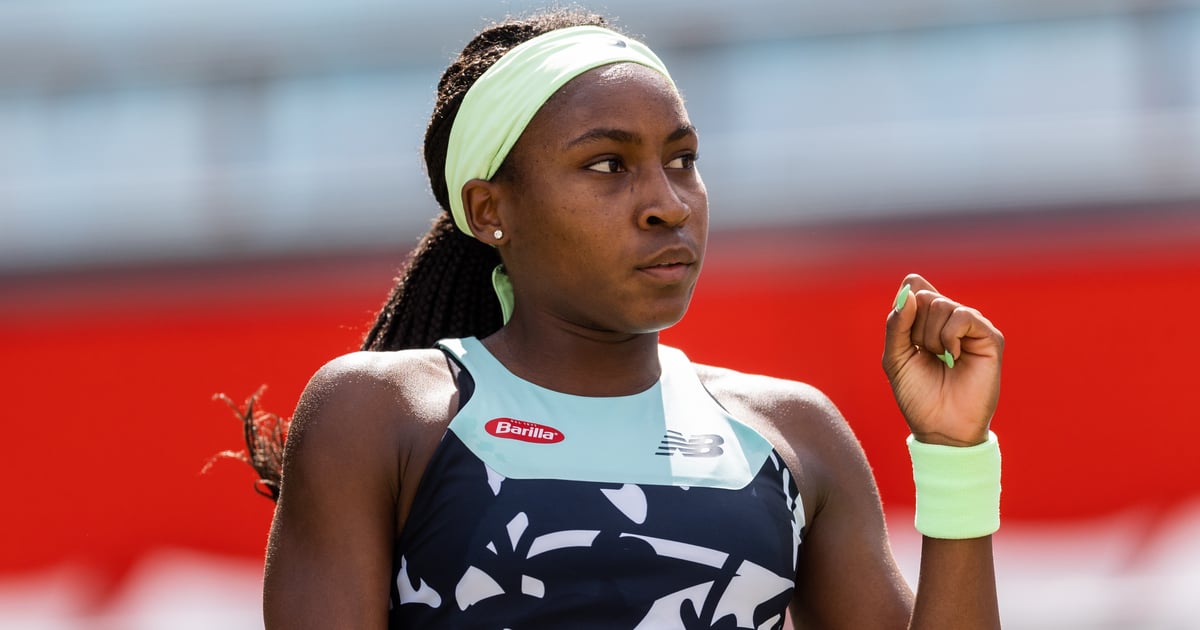 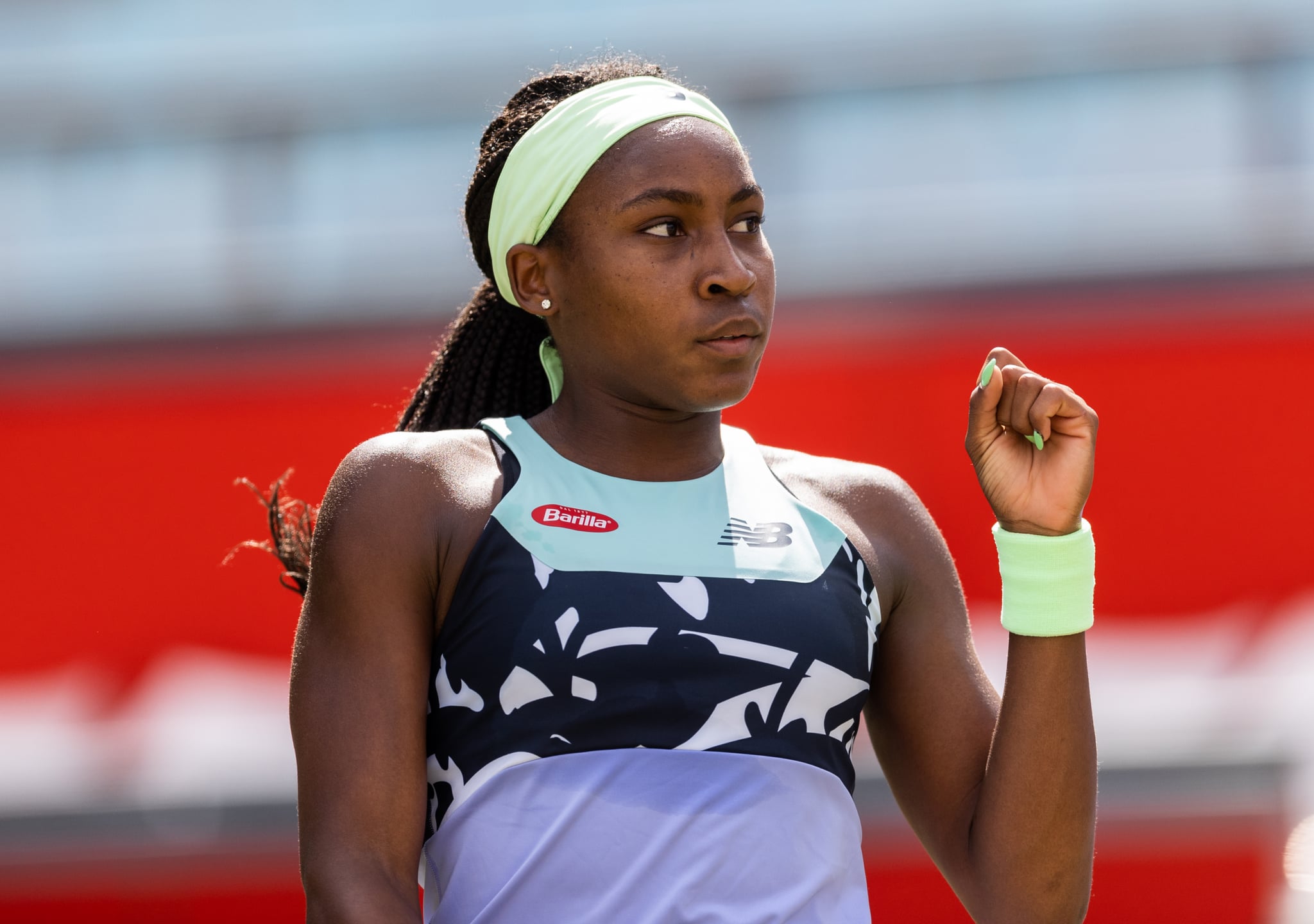 When Coco Gauff beat the oldest Williams sister at Wimbledon nearly three years ago, she became more than just a tennis star — she became a household name. Though she later lost to Simona Halep in the fourth round of the tournament, at only 15 years old, headlines were proclaiming her a “tour pro” and “tennis phenom.”

When she later entered matches against athletes like Naomi Osaka in the 2019 US open and Sofia Kenin in the 2020 Australian Open, however, she felt like she “had to win.” And that immense pressure took a toll on her mental health, she says.

In an interview with Telegraph, Gauff opened up about this pressure to be the best: “It wasn’t that I believed I could win the tournament, it’s that I expected to. Now I look back at it, I’d say there was no chance that girl would beat [Naomi Osaka], but in my head, at the time, it felt like I had to win. At 15, I just put so much on myself.”

In fact, she described herself as having “main character syndrome” — a viral TikTok term used for people who prioritize their needs and wants as if they’re the protagonists of their own movie, while sometimes being extremely out of touch with the real world. “I think I got too caught up in tennis, tennis, tennis,” Gauff told Telegraph.

Now 18 years old, she reflected on finding fame, success, and wins at a mere 15. “I think I’ve learnt a lot over the last three years. That moment – beating Venus at Wimbledon – made me believe that my dreams were closer to reality than it felt. It was definitely a lot to deal with. The biggest thing I’ve learnt is you don’t have to care about what other people expect from you. Just enjoy the moment. I wasn’t enjoying the moment then.”

As for how she’s come to a place of “enjoying the moment,” Osaka credits her newfound mentality to a simple practice: walking. Specifically, when she was in Paris during the French Open, she said, “I would go on walks in the morning, people watch. You take a step back from life and your own head. Seeing the ducks in the lake, that little moment … I don’t know how to put it into words without sounding crazy, but it made me feel there’s more to life than tennis and that took a big weight off my shoulders. And I definitely played like that in Paris.”

Now, she sees the value in fan and family support — regardless of the outcome of a match or tournament. “People come up to me and say they support me regardless of whether I win or lose, and it almost brings me to tears,” she says. “Because when I was younger, even 15 or 16, I would think that people would only like me if I won.”

With Wimbledon beginning next Monday, all eyes are on Gauff. And though she says she feels more nervous than for other tournaments, playing at Wimbledon makes her “feel like the Queen.”

The post Coco Gauff Opens Up About Feeling Pressure to Win at 15: “I Just Put So Much on Myself” appeared first on Patabook Fashion.

Like
Comment
Share
Processing
Voice note recorded successfully
Record
Recording 00:00
Commenting has been turned off for this post.
Sponsored
Categories
Read More
Sports
Future Power Rankings: College football’s best offenses for the next three years
7:00 AM ET Georgia broke the mold in two ways last season. The Bulldogs showed they could win a...
By Patabook News 2022-04-06 12:35:02 0 30
Women
GET 11 LINE ABS in 5 WORKOUTS 🔥 | 5 minute Workout at Home
Get ready to sculpt and tone into that 11 Line Abs. This 5 minute intense abs workout can be...
By Patabook News 2021-09-10 03:50:01 0 86
Technology
Mi Mix 4 Specifications Tipped by Alleged Geekbench Listing, May Come With Snapdragon 888 SoC, 12GB RAM
Mi Mix 4 has allegedly made its way to Geekbench and the listing hints at some of its...
By Patabook News 2021-08-07 14:30:02 0 417
US News
Pedestrian killed on 5 Fwy in Arleta: LAFD
A person is dead after they were apparently struck by a car on the 5 Freeway in Arleta Friday...
By Patabook News 2022-06-11 07:00:02 0 19
Technology
Tech companies racked up over $17 billion in losses on equity investments in the first quarter
An electric Amazon delivery van from Rivian cruises down the street with the Hollywood...
By Patabook News 2022-05-06 19:55:01 0 27