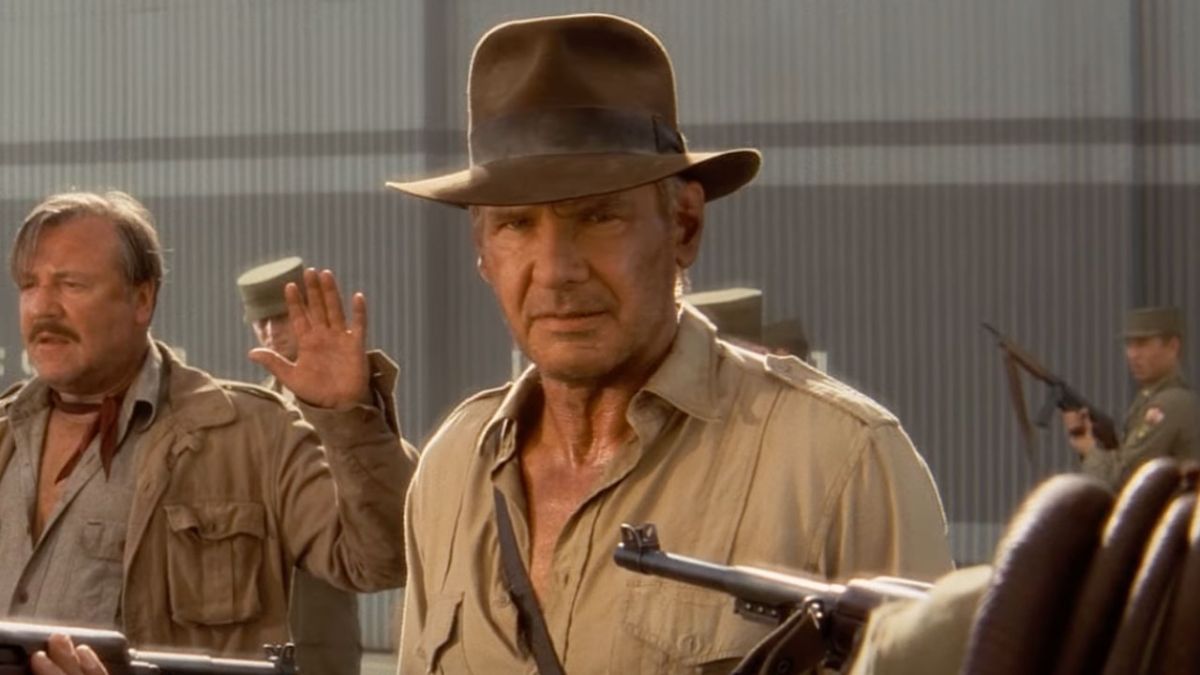 It’s been a minute since we last saw Indiana Jones on the big screen, with 2008’s Kingdom of the Crystal Skull proving to be a polarizing entry in the film series. But that didn’t deter Lucasfilm from taking another bite out of this franchise apple, and following years of delays and setbacks, Indiana Jones 5 is on track to be released as part of 2023’s film slate slate. While there’s still a lot we don’t know about Harrison Ford’s next outing as the adventuring archaeologist, producer Frank Marshall provided an enticing update on the sequel.

Frank Marshall has been part of the Indiana Jones franchise since the beginning, having produced Raiders of the Lost Ark and Kingdom of the Crystal Skull, and executive produced Temple of Doom and The Last Crusade. As far as far as Indiana Jones 5 goes, Marshall is assuring fans that the long wait for this movie will be worth the wait, telling A.Frame:

Hopefully Frank Marshall’s words hype up the Indiana Jones fans a little more, as they’ve been hearing talk about Indiana Jones 5 since shortly after Kingdom of the Crystal Skull came out. This movie has been in development for so long that Lucasfilm is now owned by Disney. Oh sure, we’ve had plenty of Star Wars movies and TV shows delivered from the Mouse House following that acquisition, but it’s been quite the journey getting to another Indiana Jones movie (there was a time when it was supposed to come out as early as July 2019). But as Marshall sees it, Indiana Jones 5 will deliver the goods, and there’s only a little over a year to go before we see the final product.

One big way Indiana Jones 5 will stand out from its predecessors is a directorial change. After helming the first four movies, Steven Spielberg passed the directing reins to Logan and Ford V Ferrari’s James Mangold, though Spielberg is still attached as an executive producer. Mangold also worked on the script with Jez and John-Henry Butterworth, and this is the first Indiana Jones movie to not have a story hashed out by George Lucas. Plot details remain shrouded in secrecy, but we did get our first look at Indiana Jones 5 at Star Wars Celebration in late May.

As far as on-camera talent goes, Harrison Ford is the only familiar face who’s confirmed to return for Indiana Jones 5, though back in January 2021, John Rhys-Davies, who played Sallah in Raiders of the Lost Ark and The Last Crusade, expressed interest in appearing. The lineup of newcomers to the Indiana Jones world includes Phoebe Waller-Bridge, Mads Mikkelsen, Thomas Kretschmann, Boyd Holbrook, Shaunette Renée Wilson, Toby Jones, Olivier Richters and Antonio Banderas, the latter of whom recently shared his reaction to seeing Ford on the Indiana Jones 5 set for the first time. None of their characters have been officially identified yet.

Indiana Jones 5 wrapped filming back in late February, and the plan remains to deliver it to theaters on June 30, 2023. If you’re curious about what movies are left to come out this year, check out the 2022 release schedule.

Like
Comment
Share
Processing
Voice note recorded successfully
Record
Recording 00:00
Commenting has been turned off for this post.
Sponsored
Categories
Read More
Entertainment
Kristin Cavallari Sounds Off on “Love Triangle” Rumors Involving Southern Charm’s Craig and Austen
Kristin Cavallari is not interested in repeating history. Back in the day, the Laguna...
By Patabook News 2021-07-22 03:05:01 0 115
Entertainment
A$AP Rocky Teams Up With Mercedes-Benz For ’90s-Inspired Capsule Collection
We independently selected these deals and products because we love them, and we think you might...
By Patabook News 2022-03-17 23:00:02 0 53
US News
Arizona Closes Book on Most Outstanding 2020 Voter Fraud Cases, No Criminal Charges Filed
Arizona closed the book on the majority of outstanding cases of voter fraud from 2020, with no...
By Patabook News 2022-01-15 01:45:01 0 55
US News
Pete Davidson’s ‘SNL’ Music Video With Method Man Is Sweet, Funny Love Note To Staten Island
Davidson croons in the video about putting on his “bootleg Jordans” before he “touched down in...
By Patabook News 2021-11-21 12:40:01 0 80
US News
Chicago’s vaccine mandate survives two challenges Friday as US judge and City Council refuse to pause shot requirement
Many aldermen have concerns about public safety if first responders don’t comply. The post...
By Patabook News 2021-10-30 04:40:01 0 76