Brad Pitt discusses sobriety, retirement: 'I consider myself on my last leg' 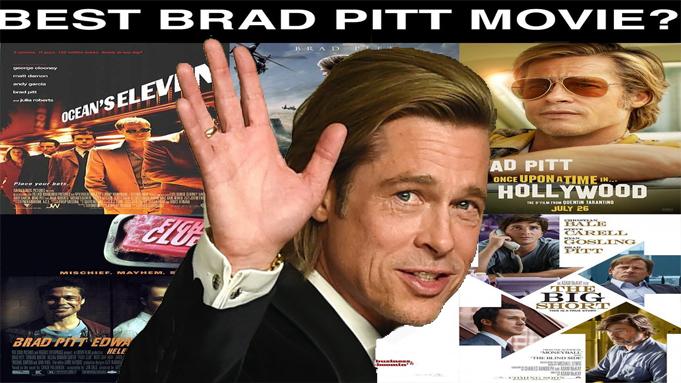 Brad Pitt may not be gracing the the silver screen as often in the future, and he's opening up about being in the last stages of his film career.

“I consider myself on my last leg,” Pitt said, “this last semester or trimester. What is this section gonna be? And how do I wanna design that?”

Pitt is still slated for acting gigs in 2022, including director David Leitch’s action blockbuster “Bullet Trai” about five assassins aboard a fast moving train, and the historical drama film “Babylon.”

The 58-year-old actor, known for his performances in “Fight Club” and “Once Upon a Time In Hollywood,” has gradually receded from onscreen roles and instead has taken a more prominent position behind the camera as a film producer. Pitt is the current CEO of Plan B Entertainment that helmed works such as 2016 "Moonlight," Golden Globe-winning film "Minari" and the just-released remake of "Father of the Bride."

The production company will be behind various movies in 2022, including Netflix’s "Blonde" starring Ana de Armas as Marilyn Monroe and "Women Talking," an adaptation of Miriam Toews’s novel, which the Academy Award winner said is "as profound a film as anything made this decade."

Although Pitt has not been formally diagnosed, he told GQ he may have prosopagnosia, otherwise known as face blindness, which prohibits him from recognizing new faces or remembering people he meets in social settings (though Pitt says "nobody believes" he suffers from the condition).

Pitt also said he quit smoking altogether during the pandemic because reducing the number of cigarettes per day wasn’t enough.

“I don’t have that ability to do just one or two a day,” Pitt said. “It’s not in my makeup. I’m all in. And I’m going to drive into the ground. I’ve lost my privileges.”

Pitt delved deeper into discussing his sobriety, saying when Angelina Jolie filed for divorce in 2016, he that year getting sober and attending Alcoholics Anonymous meetings.

“I had a really cool men’s group here that was really private and selective, so it was safe,” Pitt told GQ. “Because I’d seen things of other people who had been recorded while they were spilling their guts, and that’s just atrocious to me.”

The ex-couple have been embroiled in a custody battle since the initial divorce filings where Jolie asked for physical custody of all six of their children — Maddox, 20, Pax, 18, Zahara, 17, Shiloh, 16, and twins Vivienne and Knox, 13. Pitt was tentatively awarded joint custody last spring, though Jolie’s team criticized the private judge for not allowing the couple’s children to testify in the custody proceedings.

In October, California's Supreme Court rejected Pitt's appeal and decided it won't review an earlier decision by a state appeals court which handed Jolie a major victory by disqualifying the private judge the couple hired to handle their divorce. Jolie’s team filed a petition in August 2020 to disqualify the judge from the case because of a disclosure issue regarding the judge’s business connection with an attorney on Pitt’s team.

According to Holly Davis, a trial lawyer and founding partner of Austin divorce firm Kirker Davis LLP, the custody case will likely start over with a new judge.