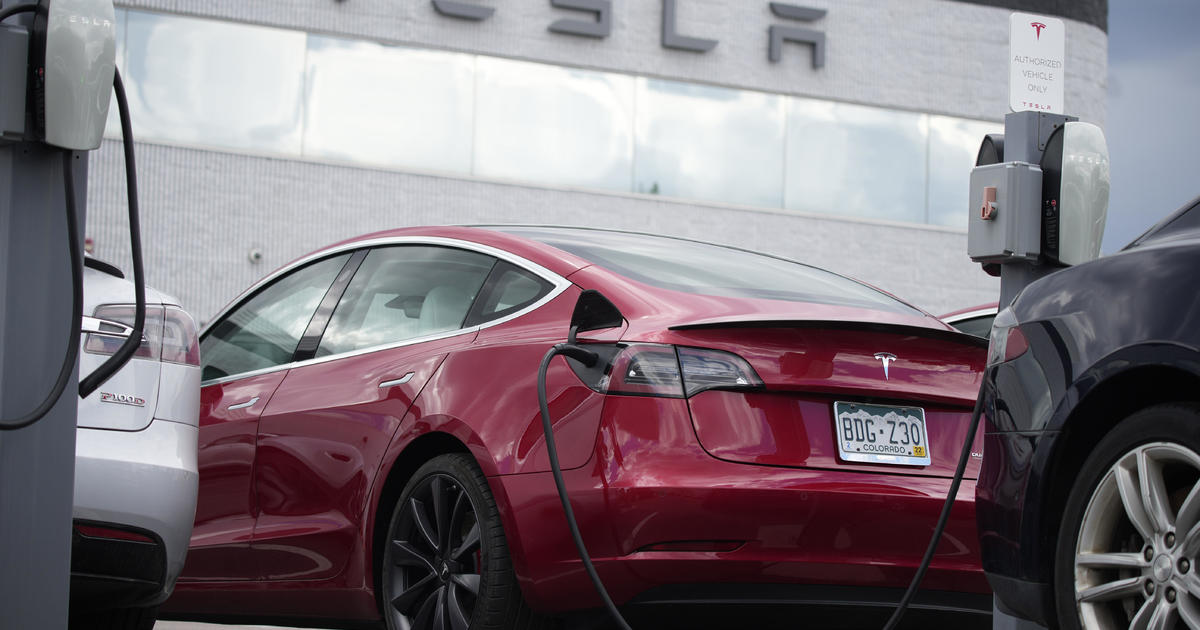 The National Highway Traffic Safety Administration cautioned against using the numbers to compare automakers, saying it didn’t weight them by the number of vehicles from each manufacturer that use the systems, or how many miles those vehicles traveled.

Automakers reported crashes from July of last year through May 15 under an order from the agency, which is examining such crashes broadly for the first time.

“As we gather more data, NHTSA will be able to better identify any emerging risks or trends and learn more about how these technologies are performing in the real world,” said Steven Cliff, the agency’s administrator.

Tesla’s crashes happened while vehicles were using Autopilot, “Full Self-Driving,” Traffic Aware Cruise Control, or other driver-assist systems that have some control over speed and steering. The company has about 830,000 vehicles with the systems on the road.

The next closest of a dozen automakers that reported crashes was Honda, with 90. Honda says it has about six million vehicles on U.S. roads with such systems. Subaru was next with 10, and all other automakers reported five or fewer.

“If you have a lot of cars on the road, it’s no surprise you have more crashes,” says Phil Koopman, a professor at Carnegie Mellon and an expert in autonomous vehicle safety. Koopman told KPIX 5 just looking at the number of crashes doesn’t tell the whole story.

“The real question is, how much are they crashing compared to how many miles are being driven on auto-pilot, and this data doesn’t tell us that answer. So you have to be careful before jumping to conclusions,” says Koopman.

Experts say the point of the report wasn’t to rank safety but instead to identify trends in crashes that could point to features or functions that need more safety regulation.

“This is looking very closely at individual cases, and I think in those cases they’ve found multiple times now that these very specific design decisions that Tesla’s made contributed to people dying,” says Ed Niedermeyer, who had followed Tesla for years and even wrote a book on the company: “Ludacris: The Unvarnished Story of Tesla Motors.”

Niedermeyer said when he was looking at the data, he found that in more than 10% of the Tesla crashes the autopilot system allowed the car to leave its lane, which indicates either a problem with the lane detection system or the driver monitoring system.

In a June 2021 order, NHTSA told more than 100 automakers and automated vehicle tech companies to report serious crashes within one day of learning about them and to disclose less-serious crashes by the 15th day of the following month. The agency is assessing how the systems perform and whether new regulations may be needed.

Six people were killed in the crashes involving driver-assist systems, and five were seriously hurt, NHTSA said. Of the deaths, five occurred in Teslas and one was reported by Ford. Three of the serious injuries were in Teslas, while Honda and Ford each reported one.

Tesla’s crash number may appear elevated somewhat because it uses telematics to monitor its vehicles and get real-time crash reports. Other automakers don’t have such capability, so their reports may come slower or crashes may not be reported at all, NHTSA said. A message was left seeking comment from Tesla.

Tesla’s crashes accounted for nearly 70% of the 392 reported by the dozen automakers. Although the Austin, Texas, automaker calls its systems Autopilot and “Full Self-Driving,” it says the vehicles cannot drive themselves and the drivers must be ready to intervene at all times.

Auto safety advocates said driver-assist and self-driving systems have potential to save lives, but not until NHTSA sets minimum performance standards and requires safety improvements to protect all road users.

Sen. Edward Markey, D-Mass., said that although NHTSA’s data has limitations, it’s not isolated evidence that Tesla has ignored regulations, putting the public in danger. There has been “a never ending parade of reports” of Teslas on automated systems rolling through stop signs or braking for no reason, he said. NHTSA also is investigating Teslas that crash into parked emergency vehicles.

But many Tesla owners love the automation. Craig Coombs of Alameda, California, said he uses the systems in stop-and-go traffic and on frequent highway trips. “They really reduce driver fatigue overall,” he said.

He gives himself a “moderate” grade for paying attention while using the system but says he never takes his mind off the road entirely. He knows the technology isn’t perfect, and said he has had to take over driving at times.

Manufacturers were not required to report how many vehicles they have on the road that have the systems, nor did they have to report how far those vehicles traveled, or when the systems are in use, NHTSA said. At present, those numbers aren’t quantifiable, an agency official said.

However, NHTSA has used the data to seek a recall, open investigations and provide information for existing inquiries, officials said.

“This will help our investigators quickly identify potential defect trends that can emerge,” Cliff said. “These data will also help us identify crashes that we want to investigate and provide more information about how people in other vehicles interact with the vehicles.”

Also, reports to NHTSA are based on unverified customer statements about whether automated systems were running at the time of a crash. Those crashes may not qualify for reporting to NHTSA after more data is gathered, Honda said.

In 108 of the crashes involving fully autonomous vehicles, no injuries were reported, and there was only one serious injury. In most of the crashes, vehicles were struck from the rear.

Like
Comment
Share
Processing
Voice note recorded successfully
Record
Recording 00:00
Commenting has been turned off for this post.
Sponsored
Categories
Read More
Women
yoga for women #yoga #sort
The post yoga for women #yoga #sort appeared first on Patabook Active Women.
By Patabook News 2022-05-03 22:10:02 0 32
World News
China’s wide income gap holds back consumer spending
China is the only major economy to have grown last year but a wide income gap is leading to an...
By Patabook News 2021-01-19 09:00:02 0 100
Women
Hidden Lingerie Is Making Intimates More Comfortable for Women with Crohn’s and Colitis
Photography by Conor McCannFASHION spoke to founder Natalie Jones about the Canadian brand and...
By Patabook News 2021-09-14 17:50:01 0 177
US News
LA City Council To Again Vote On Sweeping COVID Vaccine Mandate To Enter Restaurants, Shopping Centers – CBS Los Angeles
LOS ANGELES (CBSLA) – The Los Angeles City Council Wednesday will again vote on a sweeping...
By Patabook News 2021-10-06 17:40:01 0 72
Movies
Shazam 2 Has Wrapped Filming, Here’s How The Fury Of The Gods Director Celebrated
After a little over three months of shooting, Shazam! Fury of the Gods now moves to the...
By Patabook News 2021-09-01 09:00:02 0 136