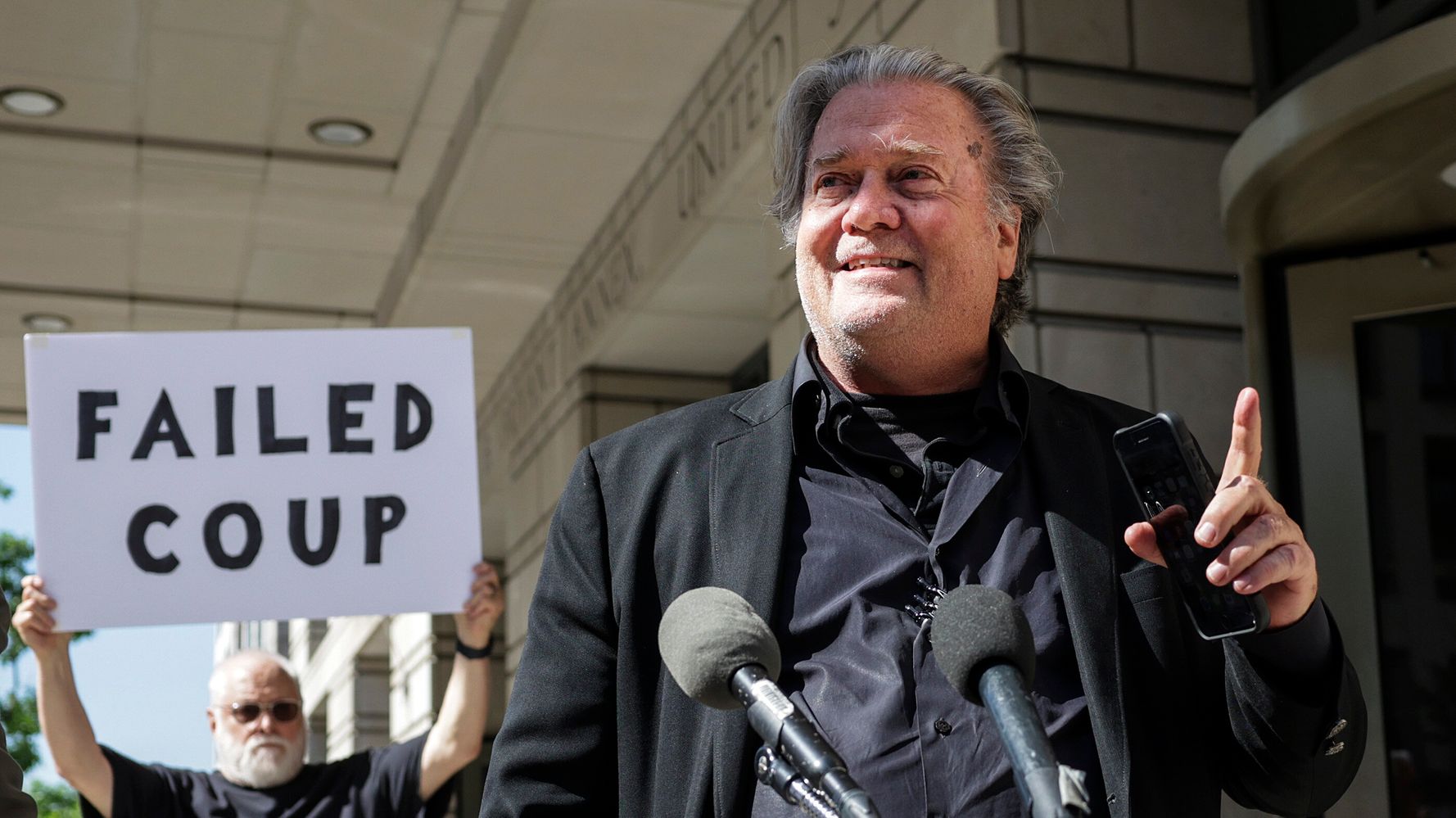 Steve Bannon got a double whammy on Wednesday.

First, a federal judge declined to dismiss the contempt of Congress charges filed against Donald Trump’s former White House adviser after he refused to comply with a subpoena from the House committee investigating the Jan. 6 attack on the U.S. Capitol.

U.S. District Court and Trump appointee Judge Carl Nichols ruled there was insufficient evidence the former president had asserted executive privilege to block Bannon from testifying to the committee.

Nichols also rejected Bannon’s claim that internal Justice Department opinions granted him “immunity” from a congressional subpoena for documents related to his contacts with Trump while Trump was in office, saying Bannon’s team had not presented evidence that the DOJ’s opinions applied in his case.

This means that Bannon’s trial could begin July 18, although one member of his team told NBC News they might seek to have it delayed.

The second blow hit Bannon during a post-hearing press conference where he dubiously attacked the Jan. 6 committee because “their ratings stink and they can’t compete with the trial of Bannon.”

But the bombastic Bannon’s attempt to control the narrative was thwarted, in part, by a protester whose strategically placed protest sign attempted to remind people of Bannon’s alleged role in the Jan. 6 insurrection.

Activist Bill Christeson managed to get his two-word sign in the same frame as Bannon in numerous photos taken at his press conference.

Christeson has made a name for himself from his pithy protests.

The 67-year-old told HuffPost in April that getting in the right place at the right time can be “tricky.”

This video of Bannon shows Christeson in action.

Former Trump adviser Steve Bannon: “This [Jan. 6] committee cancelling today. You know why? Their ratings stink, and they can’t compete with the trial of Bannon. […] MAGA is on the march. The Jan. 6 Committee is totally irrelevant.” https://t.co/F5YeapOI3v pic.twitter.com/YHqmVk0Kvl

Like
Comment
Share
Processing
Voice note recorded successfully
Record
Recording 00:00
Commenting has been turned off for this post.
Sponsored
Categories
Read More
World News
China strips license of lawyer for Hong Kong activist
A Chinese lawyer who represented a Hong Kong pro-democracy activist was stripped of his law...
By Patabook News 2021-01-15 16:15:02 0 125
Homes
ABANDONED HOUSE to DREAM HOME // MY DIY RENOVATION – Full Tour!
Get the Renovation How-To eBook: https://bit.ly/3BfYzEE In 2019 I bought this 200+ year-old...
By Patabook News 2021-07-19 09:20:01 0 148
US News
Ex-Cub Jon Lester splits his Lakeview property to get it sold
With his former home in Graceland West unsold after more than a year on the market, former Cubs...
By Patabook News 2022-05-23 22:00:02 0 17
US News
Family Contradicts Police Claim That Man Didn’t Alert Them to Baby in Car
After a young father was taken into police custody while his 8-month-old daughter remained in...
By Patabook News 2022-05-05 03:00:01 0 24
US News
Internet Slams Grandma Who Shared ‘Hundreds’ of Photos of Kids Without Son’s Consent
A woman has taken to Mumsnet to share how her mother-in-law had shared photos of her and her...
By Patabook News 2021-12-09 12:40:01 0 115