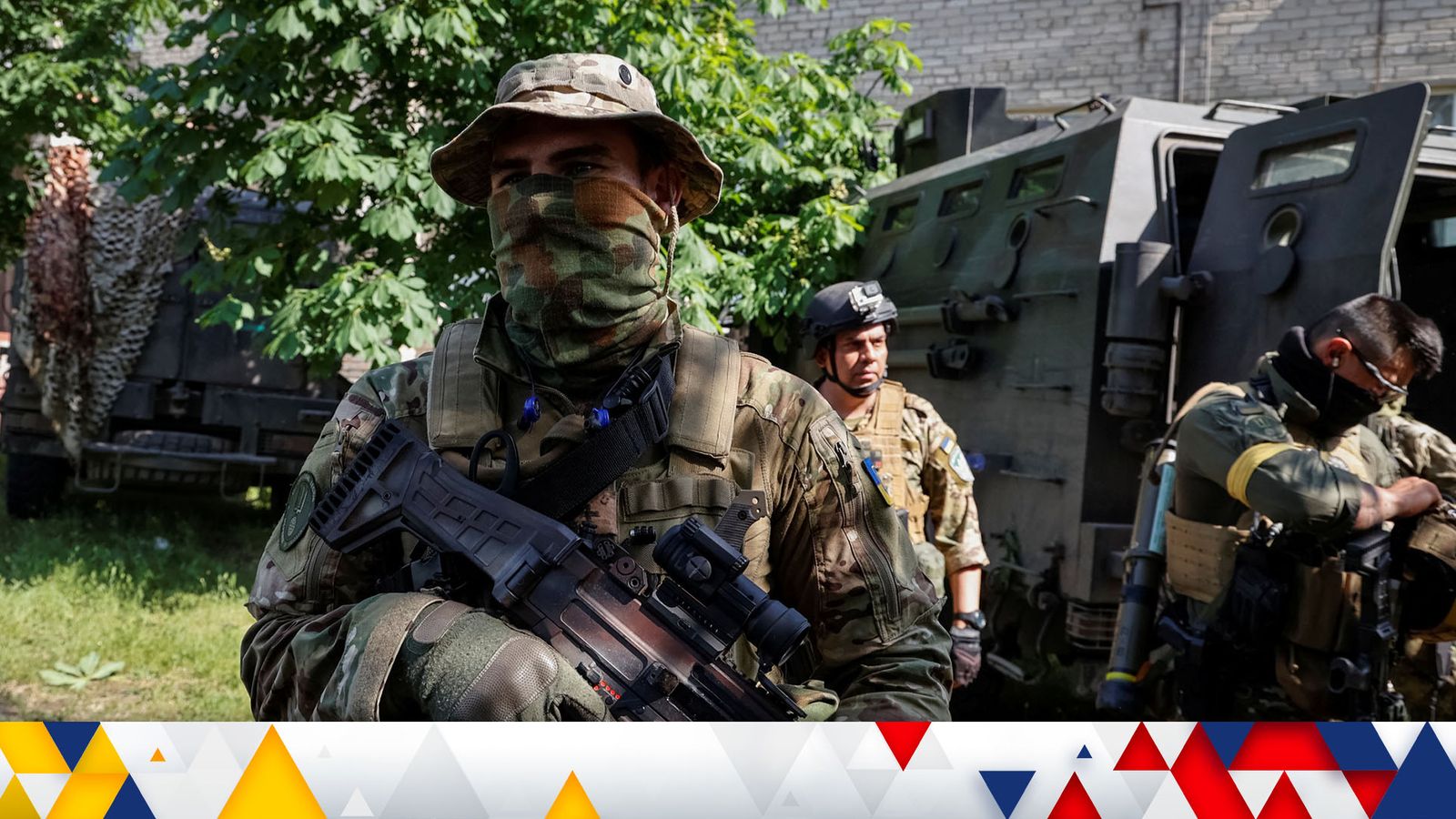 Ukraine’s president says the fate of the Donbas hinges on “very brutal” fighting in Sievierodonetsk, a city that’s emerged as a key battleground in recent weeks.

Russia is laying siege to the eastern city as it pursues its aim of capturing the sprawling Donbas region.

“This is a very brutal battle, very tough, perhaps one of the most difficult throughout this war,” said President Zelenskyy in his nightly message.”

“Sievierodonetsk remains the epicentre of the encounter in Donbas… Largely, that is where the fate of our Donbas is being decided now,” he added.

He said Ukraine was “inflicting significant losses on the enemy”, however many troops also pulled back to the city’s outskirts yesterday amid fierce shelling.

The centre of the city – which had a pre-war population of about 100,000 – is being turned into a wasteland, said the governor of Luhansk – one of the two regions that make up the Donbas.

“Our fighters are hanging on in the Sievierodonetsk industrial zone,” said Serhiy Gaidai.

“But fighting is going on not just in the industrial zone, but right in the city of Sievierodonetsk.”

An adviser to President Zelenskyy’s office, Oleksiy Arestovych, said airstrikes and artillery were pounding the city from afar. “They are hitting hard without any particular success,” he added.

Ukrainian troops are massively outnumbered in the Donbas, Kyiv’s US ambassador told CNN.

However, it’s hoped longer-range rocket systems being sent from America and the UK could help fight the Russian artillery that’s doing so much damage.

‘Endless caravan of death’ in the ruins

As the battle rages around Sievierodonetsk, an official in Mariupol said an “endless caravan of death” was being uncovered as they search ruined buildings.

Fifty to 100 bodies are being uncovered in each bombed apartment block – and about two-fifths of the city’s buildings have been searched so far, said mayoral aide Petro Andryushchenko.

The remains are being taken to landfills and morgues.

The southeastern city is now in Russian hands after the worst onslaught of the war killed more than 20,000 people, according to Ukrainian estimates.

Meanwhile, political wrangling over the war’s threat to food supplies are continuing.

Russia has expressed support for a UN plan to allow Ukraine’s grain exports to flow again. An estimated 22 million tons are stuck in the country.

Ukraine is a key producer of wheat, corn and sunflower oil and there are fears the Russian blockade of ports could cause a serious food shortage in some developing countries. 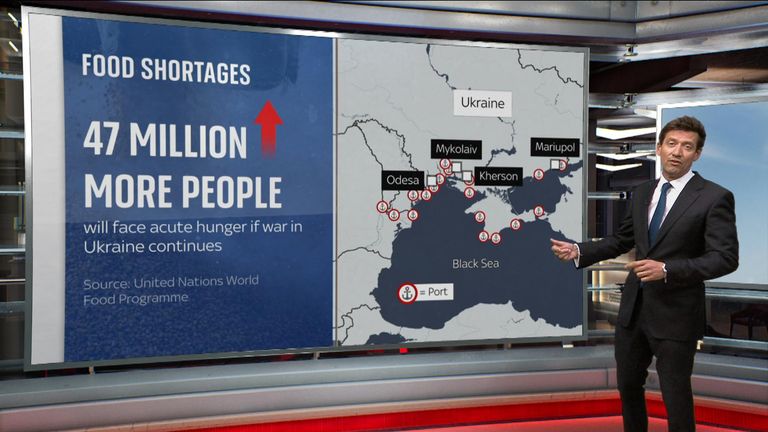 Turkey has been trying to broker a deal to reopen the ports and Russian foreign minister Sergei Lavrov met his Turkish counterpart on Wednesday for talks.

Mr Lavrov said the ports could operate again if mines are removed from surrounding waters.

However, Ukraine fears it would allow Russia to attack the coast and doesn’t trust Kremlin assurances to the contrary.

Russia is itself a major grain exporter and has blamed the food supply problems on Western sanctions against its ships.

European Council President Charles Michel has denied the claims and accused Russia of “weaponizing food supplies and surrounding their actions with a web of lies, Soviet-style”.

1
Like
Comment
Share
Most Recent
Top Comments
Processing
Voice note recorded successfully
Record
Recording 00:00
Commenting has been turned off for this post.
Sponsored
Categories
Read More
US News
‘Real Victims Don’t Act Like This’
Bill Cosby spokesman Andrew Wyatt lashed out Tuesday at protesters after Cosby lost a civil...
By Patabook News 2022-06-22 05:00:01 0 40
US News
Ex-MIT business professor convicted of trying to steal millions from late son’s estate
Local Had the documents been accepted, Donovan...
By Patabook News 2022-05-04 13:00:02 0 108
Sports
‘They move the needle differently’: Why Notre Dame is the biggest realignment domino left
7:00 AM ET SOUTH BEND, Ind. — When USC and UCLA announced their decision last week to join...
By Patabook News 2022-07-09 03:50:01 0 42
US News
Governors forming task force to address mass shootings
FILE – Arkansas Gov. Asa Hutchinson is directed while the Senate prepares for a key test...
By Patabook News 2022-06-11 02:00:02 0 34
US News
Person Shot at Michigan City Beach on Memorial Day – NBC Chicago
Police in Michigan City, Indiana, are investigating after one person was seriously injured in a...
By Patabook News 2022-05-31 02:00:02 0 45