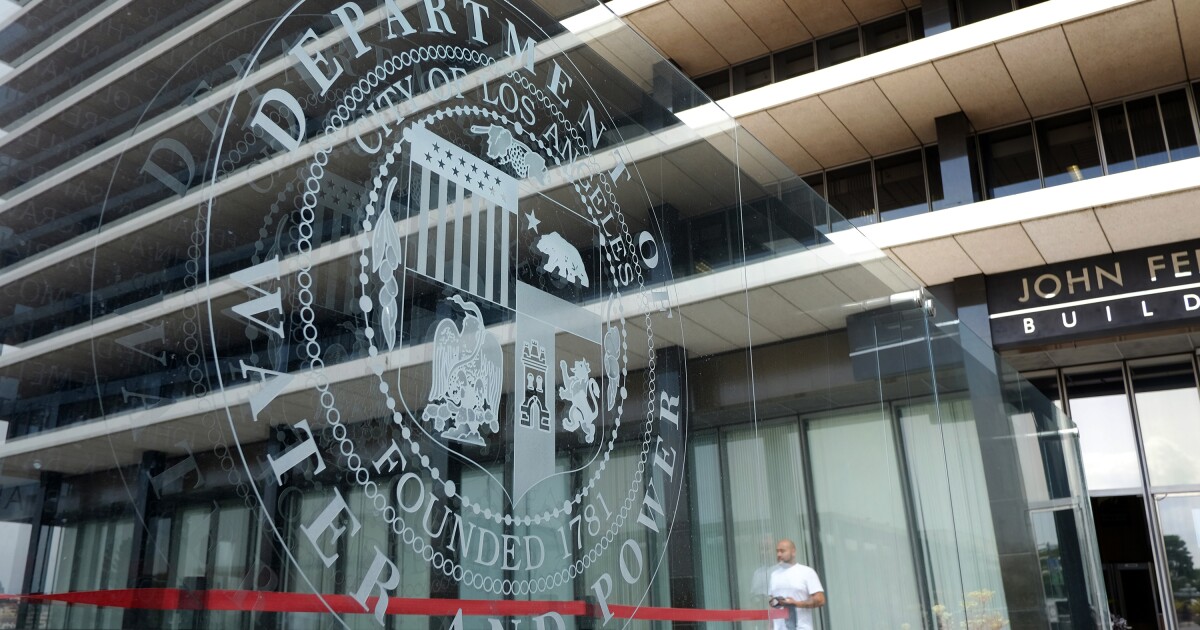 A federal judge on Tuesday sentenced the former top official in charge of cybersecurity at the Los Angeles Department of Water and Power to four years in prison for lying to federal authorities.

David Alexander is the second city official to be sentenced in the sprawling federal corruption probe of the DWP and the city attorney’s office.

David Wright, the former DWP general manager, was sentenced in April to six years in prison for bribery.

U.S. District Judge Stanley Blumenfeld Jr. told the court that Alexander lied and covered up his actions at the utility “with great ease.”

“He was part and parcel of the culture of corruption at the DWP,” Blumenfeld said.

Alexander declined to comment to The Times after his sentencing.

Prosecutors said that Alexander helped a company associated with Paul Paradis, a New York attorney who also has been implicated in the sprawling scheme, win work at the utility.

Later, Alexander sought out a job for himself at the company as he prepared to leave the DWP, prosecutors said. He lied to the FBI about the role he played in helping push through the contract.

Alexander served as the DWP’s chief information security officer from May 2017 to February 2019 and then as the cyber risk officer until August 2019.

Prosecutors said he used his position at the Southern California Public Power Authority, a consortium of utilities, to help rig the bidding process in favor of a contract for Paradis’ company.

The DWP board later sought to rebid the contract through the utility. Alexander again undertook efforts to influence the other members of the evaluation committee to rate Paradis’ company favorably. He sent Paradis a text about his plans to get the contract through, writing: “I know my job [laughing-crying emoji],” prosecutors said.

Alexander later met with Paradis and “proactively solicited employment” with the cybersecurity company.

By that point, Paradis was covertly working with the FBI and recording his conversations with Alexander, according to transcripts in the court filing.