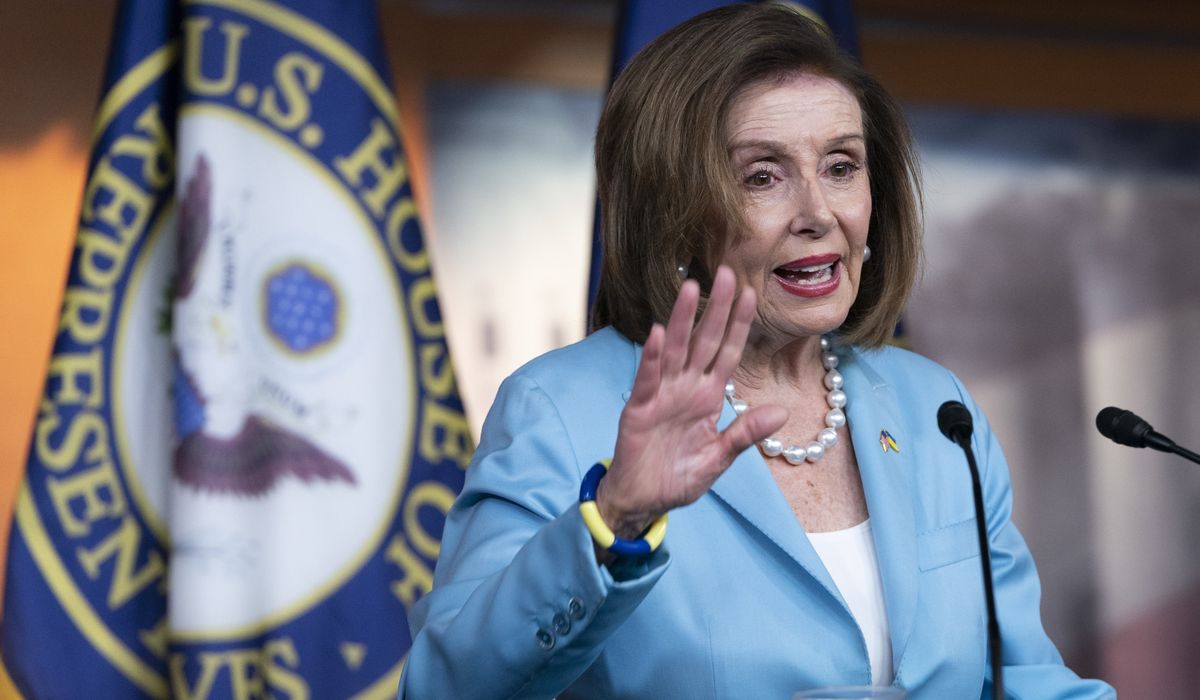 House Speaker Nancy Pelosi says she will bring forward legislation to prohibit military-style weapons as part of a broader effort to strike a bipartisan deal on reining in gun violence.

Mrs. Pelosi, speaking at a rally against gun violence in San Francisco, said “we will be having a hearing and marking up the assault weapon ban” as the House Judiciary Committee considers additional legislation that would let family members flag relatives who pose a danger and create an Amber Alert-style program for mass shootings, according to CNN.

“We just are trying to hit it in every possible way,” the speaker said.

Democrats have pushed to ban weapons like the AR-15, which was used in the Texas school shooting that killed 19 children and two adults last month.

Yet a ban likely would not pass in the evenly divided Senate, where Democrats and Republicans say they’re making progress on a package of other solutions.

Those talks focus on issues such as gun storage and red-flag laws that take weapons from people who are deemed a risk.

Sen. Chris Murphy, Connecticut Democrat, has said he wants to prove to Republicans that certain gun proposals are popular, and they won’t be punished, politically, for making sensible changes.