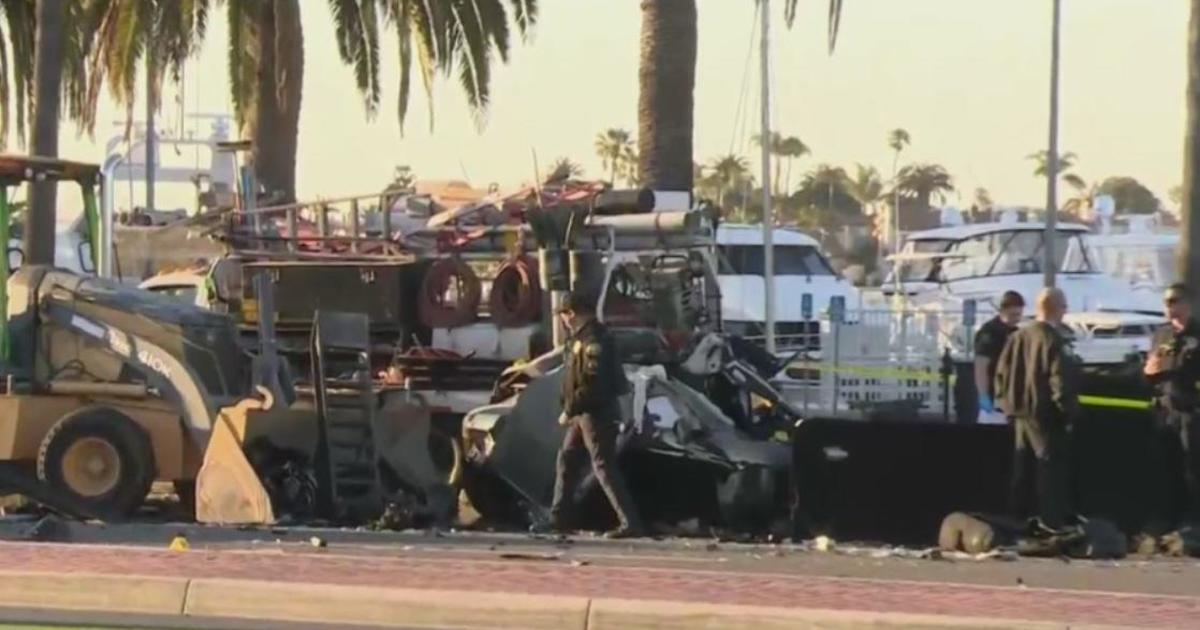 The U.S. government’s road safety agency has dispatched a team to investigate the possibility that a Tesla involved in a Newport Beach crash which killed three people last week was operating on a partially automated driving system.

The National Highway Traffic Safety Administration on Wednesday confirmed that it had sent a special crash investigation team to probe the crash, which occurred at about 12:45 a.m. on May 12 on the Pacific Coast Highway, near Newport Boulevard.

Newport Beach police arrived on scene to find that a 2022 Tesla Model S sedan had crashed into a curb and then hit construction equipment on the south side of the road.

The investigation is part of a larger inquiry by the NHTSA into crashes involving advanced driver assistance systems such as Tesla’s Autopilot. Since 2016, the agency has sent teams to 34 crashes in which the systems were either in use or suspected of operating. Of the 34, 28 involved Teslas, according to a NHTSA document released Wednesday.

Fifteen people died in the crashes that NHTSA is investigating, and at least 15 more were hurt. Of the deaths, 14 occurred in crashes involving Teslas, the documents say.

In addition to the specific crashes, NHTSA has investigations under way into Teslas on Autopilot crashing into emergency vehicles parked along roadways, as well as a probe into Autopilot braking for no apparent reason.

Last June NHTSA or dered automakers to report any crashes on public roads involving fully autonomous vehicles or those with partially automated driver assist systems. The partially automated systems can keep a vehicle centered in its lane and a safe distance from vehicles in front of it. NHTSA says the data can show if there are common patterns in crashes involving the systems.

A message was left Wednesday seeking comment from Tesla, which is headquartered in Austin, Texas. NHTSA wouldn’t comment beyond release of the document.

Tesla warns drivers using Autopilot, as well as its “Full Self-Driving” system, that the cars can’t drive themselves and that drivers must be ready to intervene at all times.

NHTSA also is investigating two crashes involving Volvos, one Navya shuttle crash, two involving Cadillacs, one in a Lexus and one in a Hyundai. One of the Volvo crashes was an Uber autonomous test vehicle that ran over and killed an Arizona pedestrian in March of 2018.

Like
Comment
Share
Processing
Voice note recorded successfully
Record
Recording 00:00
Commenting has been turned off for this post.
Sponsored
Categories
Read More
US News
NYPD detectives shoot at car after driver tries to ram them: report
NEWYou can now listen to Fox News articles! Police opened fire on a vehicle during a...
By Patabook News 2022-02-16 04:50:02 0 46
US News
Dana Zzyym Issued 1st U.S. Passport With Gender X Designation – CBS Boston
FORT COLLINS, Colo. (CBS4)– The United States has issued its first passport with an “X” gender...
By Patabook News 2021-10-28 17:40:01 0 80
US News
As Aurora mayor, GOP governor candidate Richard Irvin said charges last year against girlfriend would be ‘taken care of’ at scene of her arrest in the suburb, police report shows – Chicago Tribune
Aurora Mayor Richard Irvin, who is now running for Illinois governor, arrived last year at the...
By Patabook News 2022-05-19 03:00:02 0 22
Technology
Why the middle office is key to scaling high-growth technology companies
Did you miss a session at the Data Summit? Watch On-Demand Here. This article was...
By Patabook News 2022-03-13 20:20:02 0 65
Technology
Hackers‌ ‌Actively‌ ‌Exploiting‌ ‌0-Day‌ ‌in WordPress Plugin Installed on Over ‌17,000‌ ‌Sites
Fancy Product Designer, a WordPress plugin installed on over 17,000 sites, has been discovered...
By Patabook News 2021-06-02 10:15:01 0 227