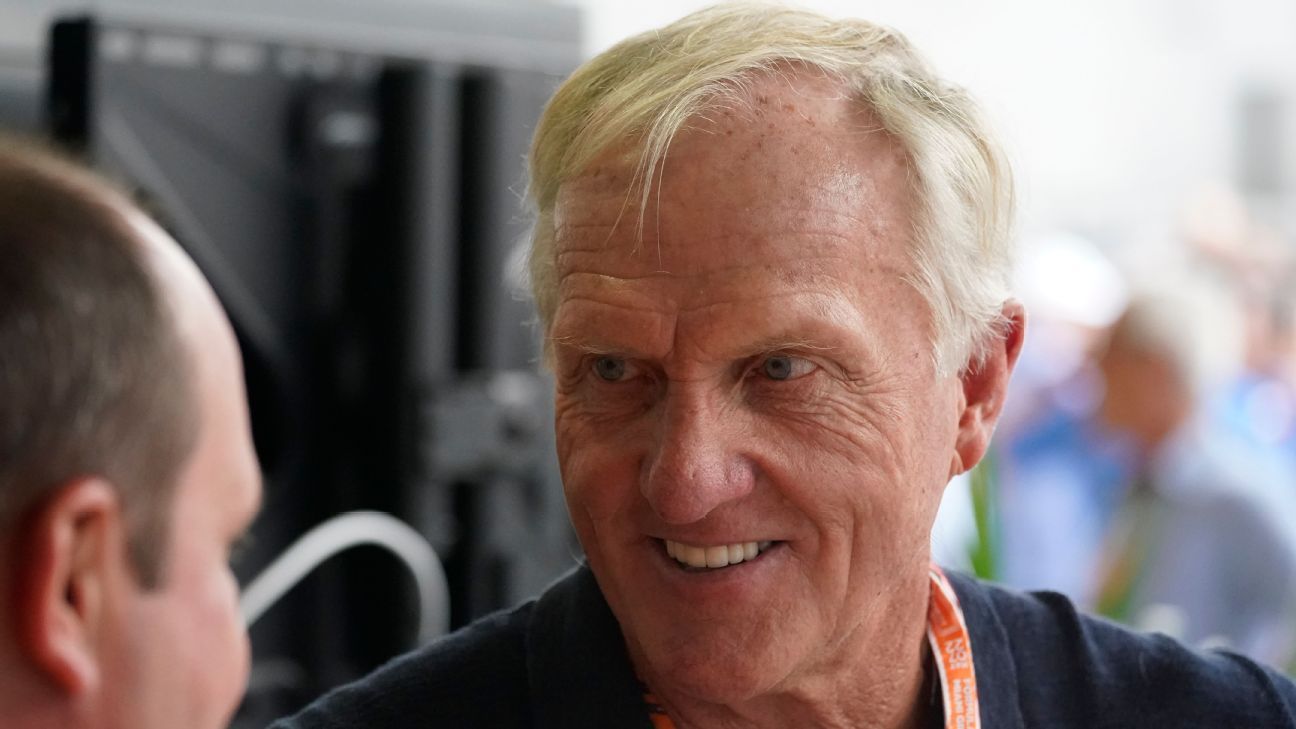 BRISBANE, Australia — When Adam Scott won the Masters in 2013, the person he thanked most profusely was a larger-than-life character synonymous with golf in Australia.

“There was one guy who inspired a nation of golfers and that’s Greg Norman,” Scott said shortly after beating Angel Cabrera in a playoff at Augusta. “Everything about the way he handled himself was incredible … he was a role model.”

Golfers in Australia now are having difficulty maintaining that thought. The reason: Norman’s involvement in the Saudi Arabian-backed LIV golf tour and comments he’s made about the killing of Washington Post columnist Jamal Khashoggi at a Saudi consulate in Turkey.

“Look, we’ve all made mistakes and you just want to learn by those mistakes and how you can correct them going forward,” Norman said of the killing that sparked international condemnation. Norman made the comment at a news conference ahead of the first LIV event scheduled for June 9-11 outside of London.

That remark stunned seven-time LPGA major winner Karrie Webb, who said on social media: “The little girl in me just died well and truly!! Has anyone’s childhood hero disappointed them as much as I am now??” The tweet was accompanied by three emojis, two of them showing tears in their eyes.

And while players gather this week at Tulsa, Oklahoma for the PGA Championship, the Australian who won the 1990 title at Shoal Creek in Birmingham, Alabama — Wayne Grady — said of Norman: “The admiration I had for him for what he has achieved and what he did for Australian golf is gone.”

The two had been long-time friends and were on the International teams together at the Presidents Cup in 1998 and 2000 when Norman played and Grady was a non-playing assistant captain.

Grady’s biggest issue was Norman’s decision to head up LIV Golf Investments, a job that Jack Nicklaus said he turned down.

“I was offered something in excess of $100 million by the Saudis, to do the job probably similar to the one that Greg (Norman) is doing,” Nicklaus said in an article on the Fire Pit Collective website. “I turned it down. Once verbally, once in writing. I said, ‘Guys, I have to stay with the PGA Tour. I helped start the PGA Tour.'”

Norman apparently had no such qualms, and Grady said he knew why.

“He has been trying to take down the tour for 30 years,” Grady said in a social media post. “For him to try and trivialize what the greats before him did to grow and create what the PGA Tour is today is an absolute disgrace. You should hang your head in shame, Shark.”

There was no response to calls or an email sent to Scott’s management company by The Associated Press requesting comment from the Australian player about Norman’s connection with LIV and his recent remarks about Khashoggi.

Khashoggi, who had written critically about Saudi Crown Prince Mohammed bin Salman, had gone into the Saudi consulate in Istanbul on Oct. 2, 2018 to collect documents required for him to marry his Turkish fiancee, Hatice Cengiz, and never came out.

“Would you say that if it was your loved one? How can we go forward when those who ordered the murder are still unpunished, and continue to try to buy back their legitimacy?” Cengiz said.

“I’m not sure whether I even have any gay friends, to be honest with you,” Norman replied.

Like
Comment
Share
Processing
Voice note recorded successfully
Record
Recording 00:00
Commenting has been turned off for this post.
Sponsored
Categories
Read More
Sports
UCL talking points: Will it be Liverpool or Real Madrid to lift the trophy?
6:00 AM ET The Champions League final will be between Liverpool and Real Madrid — a rematch...
By Patabook News 2022-05-06 04:50:01 0 93
Sports
Future Power Rankings: College football’s best teams over the next three years
7:00 AM ET The 2022 season is within sight, which means it’s time to put a bow on the...
By Patabook News 2022-06-21 13:50:02 0 31
Technology
5G Service Market Size, Share, Analysis, Industry Report, Trends, competitive Insights and Forecast 2030 | Expert Review
Market Scope: The 5G service Market expected to witness market growth at a rate of 29.4% in the...
By Animesh Rao 2022-09-20 11:24:34 0 26
Sports
PGA champ, Bama fan Thomas takes Jimbo jab
4:14 PM ET PGA Championship winner Justin Thomas, a former Alabama star and big Crimson Tide...
By Patabook News 2022-05-24 04:50:02 0 30
Entertainment
Nordstrom Rack Jaw-Dropping 60% Off Sandal Deals: Kate Spade, Sam Edelman, Jeffrey Campbell, and More
We independently selected these products because we love them, and we think you might like them...
By Patabook News 2022-08-13 12:35:01 0 20