On the Count of Three Trailer 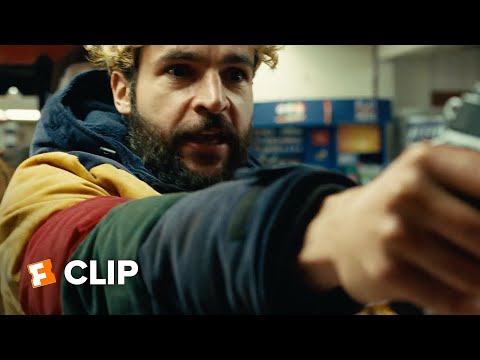 “On the Count of Three” opens with two friends nervously trying to commit a joint murder-suicide, and it’s the feature directorial debut of comedian Jerrod Carmichael. Thankfully Carmichael, who also stars, never loses sight of the real pain at the story’s center, even as he’s also managing to find the laughs.

Working from a screenplay by TV writers Ari Katcher (“The Carmichael Show”) and Ryan Welch (who co-created “Ramy” with Katcher and Ramy Youssef), Carmichael already feels comfortable behind the camera, which should come as no surprise to anyone who’s seen his HBO documentary shorts about his family and childhood neighborhood. With “On the Count of Three,” he takes on a challenging mix of tones, and mostly succeeds as the story segues from the tragic to the comic and back again.

Val (Carmichael) feels trapped in his job at a mulch-and-topsoil business and attempts suicide in the men’s room, hanging himself with his belt from a hook that’s far too close to the floor to be of use in this case. Val’s lifelong best friend Kevin (Christopher Abbott) is institutionalized and just three days past his own most recent suicide attempt. Val springs Kevin, drives to a parking lot, and brings out a pair of handguns so that they can shoot each other. At the last minute, Kevin decides they need one more day of life, but they can absolutely commit joint suicide once the sun goes down.

While the day has its share of cathartic encounters — comics JB Smoove and “Carmichael Show” co-star Tiffany Haddish get dramatic moments as, respectively, Val’s abusive father and Val’s fed-up girlfriend — it also allows the friends one last chance to bond, reminisce, and pursue previous adolescent obsessions (dirt biking) and new ones (Kevin’s never used a handgun before, and he’s surprised at how much he likes it). When Haddish’s Tash refers to Val as a “scared little baby,” we see firsthand that she’s absolutely right.

It would be very easy for an indie comedy about suicide to tumble into glibness, but Carmichael and his writers take these characters and their plights absolutely seriously. One of the best things that can be said about “On the Count of Three” is that it forces viewers to dispel any certainty that its protagonists won’t wind up dead at the end, which provides the film with both integrity and unpredictability.

Carmichael’s apparent inspirations pop up periodically — the escape from the mental-health facility calls to mind Wes Anderson’s first feature “Bottle Rocket” — but the dry wit and the often uncomfortable humor feel very much in the filmmaker’s own personal aesthetic. If you’ve ever watched one of Carmichael’s stand-up specials, you know that he traffics in the kind of patter that leads to uncomfortable silences and build into escalating chuckles rather than a tight ten minutes of joke-joke-joke.

As an actor, Carmichael gives himself the quieter, more reactive role to allow Abbott go broad, and Abbott makes the most of the opportunity, although he keeps Kevin’s eccentricities and tragedies grounded in the character’s life, of which we get glimpses over the course of the film. (There’s an encounter with an old high-school classmate that goes in a very unpredictable and painfully hilarious direction.) Val and Kevin are even styled appropriately, with Val in muted earth tones while Kevin sports badly-bleached hair and a parka striped with bold primary colors. (Jennifer Stroud — whose previous credits include “Fatman” as well as my favorite holiday cable movie of 2020, “The Christmas Setup” — designed the costumes.)

Carmichael appropriately stages this melancholy tale on a bleak winter’s day, but cinematographer Marshall Adams (“El Camino: A Breaking Bad Movie”) every so often lets the sun peek in through the flat, gray clouds. The score by Owen Pallett (“Her”) finds its way through the film’s balance of moods, always landing exactly where each scene needs it to be.

Jerrod Carmichael has carved a distinct path over the past few years, and with “On the Count of Three,” it seems clear that his unpredictable course will include more movies from his singular point of view.

“On the Count of Three” opens Friday in theaters nationwide and on-demand.

Like
Comment
Share
Processing
Voice note recorded successfully
Record
Recording 00:00
Commenting has been turned off for this post.
Sponsored
Categories
Read More
US News
Chicago shootings: 6 killed, 2 teens among 15 wounded in citywide shootings since Friday evening
A 15-year-old boy was shot, a CTA bus driver was beaten and two cops were injured as police...
By Patabook News 2021-12-06 16:40:02 0 116
US News
San Jose Lululemon Looting, Other Bay Area Smash-and-Grabs Helping Fund Organized Crime Rings – CBS San Francisco
SAN JOSE (KPIX 5) — Among the wave of smash-and-grab robberies and looting around the Bay Area...
By Patabook News 2021-11-23 03:40:02 0 89
Sports
McIlroy claims Dubai lead in wild finish
9:35 AM ET Associated Press Rory McIlroy was on the rocks late in his third round at the...
By Patabook News 2021-11-20 23:30:02 0 87
Entertainment
Pitchfork Listening Room on Vans Channel 66 Returns With L’Rain
News Pitchfork Listening Room on Vans Channel 66 Returns With L’Rain...
By Patabook News 2022-02-11 22:20:02 0 47
US News
Long rest and a changeup pays off for Kyle Hendricks — but Chicago Cubs waste his effort in an 8th straight loss – The Denver Post
Right-hander Kyle Hendricks’ changeup has been a staple of his big-league success. So it’s not...
By Patabook News 2022-06-15 14:00:02 0 16