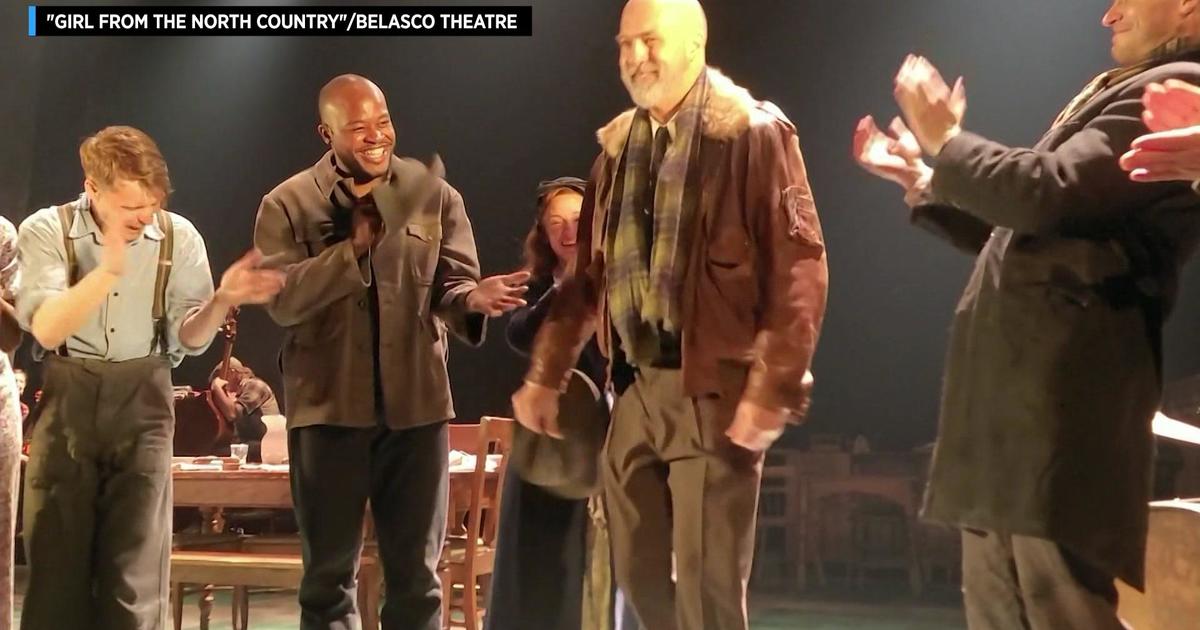 He took on the role of Dr. Walker in the Tony-nominated musical “Girl from the North Country” after several cast members were diagnosed with COVID. Winningham stars in the show as Elizabeth Laine.

“Mare called me and said, ‘Hey, guess what? We’ve lost another and they’re going to have to cancel the show because Bob Joy’s out … But [writer and director] Conor [McPherson] is thinking, would you like to come and read the book?’ And I was like, it’s just insane,” Edwards said.

The replacement was so last-minute, Edwards had to take the script with him on stage.

“This is a once-in-a-lifetime, you don’t get this,” Edwards said. “I know audiences are so loving and forgiving. I’ve seen someone go on with a book before, and I just thought, I love this show. I love everything about it.”

“Girl from the North Country” is running at the Belasco Theatre until June 19. The jukebox musical, featuring the songs of Bob Dylan, is nominated for seven Tony Awards, including Best Musical.

The CBSNewYork team is a group of experienced journalists who bring you the content on CBSNewYork.com.