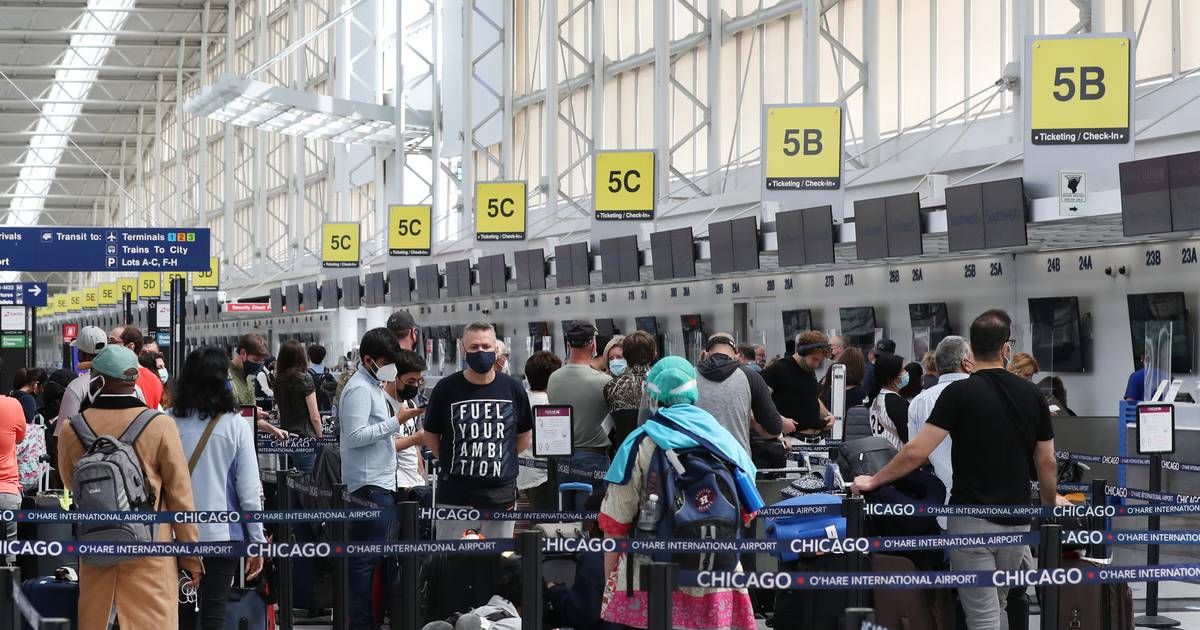 Travelers at O’Hare International Airport will likely soon have more dining and shopping options, and could get food delivered to more gates at the airport.

Eight new concessions proposed for Terminals 3 and 5 got the go-ahead from the City Council’s Aviation Committee Friday, including a local coffee shop and restaurants, a local apparel store and a new grab-and-go market. The committee also OK’d expanding gateside ordering into Terminals 1, 2 and 3, which would allow travelers to order food or merchandise ahead of time and pick it up or have it brought to their gate, potentially for a fee.

That means those traveling out of Terminal 5, which is undergoing renovations and an expansion, could soon purchase food and drinks from Sparrow Coffee or The Hampton Social.

Lincoln Park burger shop Butcher and the Burger and West Loop restaurant Bar Siena could also become options for travelers. So could a grab-and-go store, FarmAir’s Market and Six Points Market, expected to sell travel necessities, snacks and souvenirs and include a Metropolis Coffee.

And BLVD & Branch is set to sell souvenirs and flight necessities in a location that will include an InMotion electronics store.

Travelers in Terminal 3, currently home to American Airlines and other carriers, could soon see ChiBoys, a Chicago-themed clothing line that was first sold at festivals and then on a T-shirt truck before the owner opened a store in Bucktown.

The changes come as O’Hare is undergoing an $8.5 billion overhaul that will eventually include replacing Terminal 2 with a new Global Terminal and two satellite concourses.

It also includes a major $1 billion revamp of Terminal 5 that is adding 350,000 square feet and 10 gates and modernizing other features. The terminal will reopen in phases through 2023, and Delta Air Lines is expected to move from Terminal 2 into the west side of the new Terminal 5 later this year.

The addition of new dining and shopping options follows years in which the COVID-19 pandemic, stay-at-home orders and travel restrictions kept airports largely empty and many concessions closed. Even as travelers returned, airport shops in some cases stayed closed as concessionaires struggled to hire back workers.

By fall 2021, the Chicago Department of Aviation said the majority of shops at O’Hare and Midway Airport had reopened.

As travelers return, more dining and shopping options for O’Hare could be on the way. The aviation department is still reviewing additional potential concessions operators for Terminal 3, and an existing operator in Terminal 5 is looking to bring new restaurants or stores, officials told aldermen Friday.

But first up are the eight proposed restaurants and bars plus expanded gateside ordering. If those receive full City Council approval, they could open as soon as the end of the year, when the new Terminal 5 gates are scheduled to open, according to the Chicago Department of Aviation.

The new restaurants and stores will have 10-year leases. Sparrow Coffee and Butcher and the Burger would be operated by airport concessionaire HMSHost, while Marshall Retail Group will operate BLVD & Branch, ChiBoys and Six Points Market. Chicago Hospitality Partners will run Hampton Social, Bar Siena and FarmAir’s Market.

The gateside ordering platform, managed by a joint venture called Grab Chicago, will have a three-year lease at the airport. Chicago Department of Aviation officials billed gateside ordering as a benefit for travelers who want to order while they’re riding the Blue Line to the airport or waiting in line at security, or for parents of young children who can’t easily make their way through the airport.

Mobile ordering and delivery is already available at Midway, and ordering for pickup is available in Terminal 5. The new platform will expand delivery across O’Hare.

The new concessions include entities run by socially or economically disadvantaged people as part of the federal Airport Concession Disadvantaged Business Enterprise program.