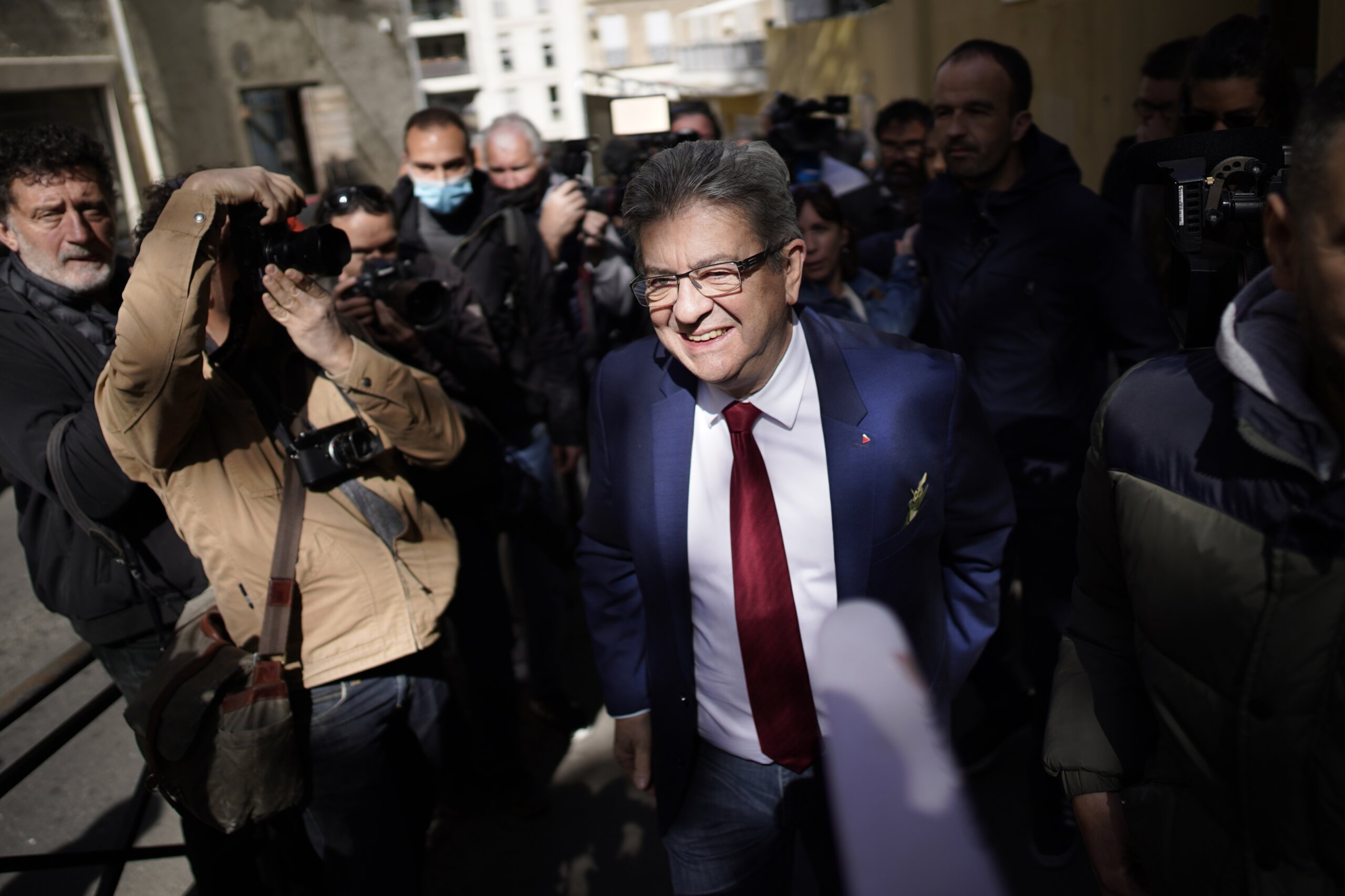 PARIS (AP) — The stakes are high, the fight nasty and the party of centrist President Emmanuel Macron is the…

PARIS (AP) — The stakes are high, the fight nasty and the party of centrist President Emmanuel Macron is the one to beat. But to a visitor from outer space, June’s parliamentary election in France could look like a contest between the far right and the hard-left.

A month before the first round of voting, the campaign for the 577 seats in France’s lower house of parliament has been brutal. Pressure has been mounting since the April presidential election when Macron won a second mandate, beating far-right leader Marine Le Pen in the run-off to quash her third bid for the job.

The pot bubbled over when Le Pen’s political nemesis, hard-left leader Jean-Luc Melenchon, clinched alliances with a swath of leftist parties, positioning himself to outdo both her and, he hopes, Macron, in June.

So for now, Le Pen sees Melenchon as her main opponent, as she seeks to keep her National Rally party politically relevant with a good showing in parliament.

Her party’s campaign slogan, “The Only Opposition to Macron,” attests to her rivalry with the hard-left leader.

Melenchon himself, bolstered by his alliances, has set his sights higher, declaring that he will steal Macron’s majority to become France’s next prime minister — an appointment made by the president alone.

Le Pen’s hopes are less grandiose: to create a “powerful” parliamentary group — at least 15 lawmakers — that would accord her anti-immigration party more speaking time and other privileges so it can be heard, and harass the powerful.

Le Pen mocks Melenchon as the “court jester” who will never be prime minister. But with enough votes, she told RTL radio this week, Melenchon could transform the National Assembly into a squatters’ heaven of leftist causes, “with defenders of (anarchist) Black Blocs, defenders of burkinis, those who want to disarm the police, those who want to open up prisons because prisons aren’t nice.”

For her party’s interim president, Melenchon represents “a threat to the Republic.”

“I think that extremism today is located on the side of Mr. Melenchon,” Jordan Bardella said at a news conference, using the precise label the French press favors for his own far-right party.

Le Pen and Melenchon are longstanding political enemies. But for Le Pen the animosity has clearly deepened with the leftist alliance Melenchon concluded with Socialists, Communists and Greens that strengthens his hand. Le Pen’s party refused an alliance with the upstart far-right presidential candidate Eric Zemmour, who stole some of her party’s known figures but finished with only 7% of the vote.

Paradoxically, while Le Pen placed second in the presidential race, compared to Melenchon’s third place, and lifted the far-right to an unprecedented electoral performance, her party goes into the June 12 and 19 legislative elections in a weaker position than Melenchon, backed by his alliances.

France’s legislative voting system favors the president and all but prevents Le Pen’s party from clawing deeply into the majority. Only eight National Rally lawmakers won seats in the last election. Le Pen, looking to renew her seat, is among the 569 candidates her party is fielding around France.

“It’s a very brutal campaign … At the same time, it’s a campaign where you don’t see a real debate, where lots of French have the impression that their daily problems aren’t addressed,” said far-right expert Jean-Yves Camus. It is also, he added, “a rather surreal campaign with Mr. Melenchon saying, ‘Me, prime minister.’”

Macron’s party and its centrist allies hold over 300 seats in the outgoing parliament. Still, his Republic on the Move has changed its name to Renaissance and allied with other centrists.

“This will be the toughest campaign,” the president warned his party’s candidates this week. “Our country is divided.”

“France is a country where the political tradition is extremely divisive,” Camus said. “You have the impression of two parts of the country that have a hard time talking.”

Like
Comment
Share
Processing
Voice note recorded successfully
Record
Recording 00:00
Commenting has been turned off for this post.
Sponsored
Categories
Read More
Fashion
Adele on Her New Album, Divorce, Boyfriend Rich Paul, and the Public’s Commentary on Her Body
Adele’s 30 music era is imminently upon us, and the singer is ready to open up about her...
By Patabook News 2021-10-08 12:00:01 0 71
US News
Zelensky says Russia is preparing to bomb Odessa
A maternity hospital not far from the front lines in Kyiv has become a clinic treating wounded...
By Patabook News 2022-03-06 15:55:02 0 37
Fashion
I Tried This 20-Minute Bodyweight HIIT Workout, and That Ab Move Made My Core Quake!
For a quick, full-body HIIT workout that uses just five bodyweight moves, follow along with...
By Patabook News 2021-10-07 20:00:01 0 61
Women
10 Healthy Lunch Ideas-Transformation TV-Episode #002
For more healthy lunch ideas, check out:...
By Patabook News 2021-10-26 17:50:02 0 66
US News
Red Bull Switchboard brings surfing, snowboarding together
A unique outdoor sporting event kicked off in Huntington Beach Saturday morning. The Red Bull...
By Patabook News 2022-03-05 19:55:02 0 41