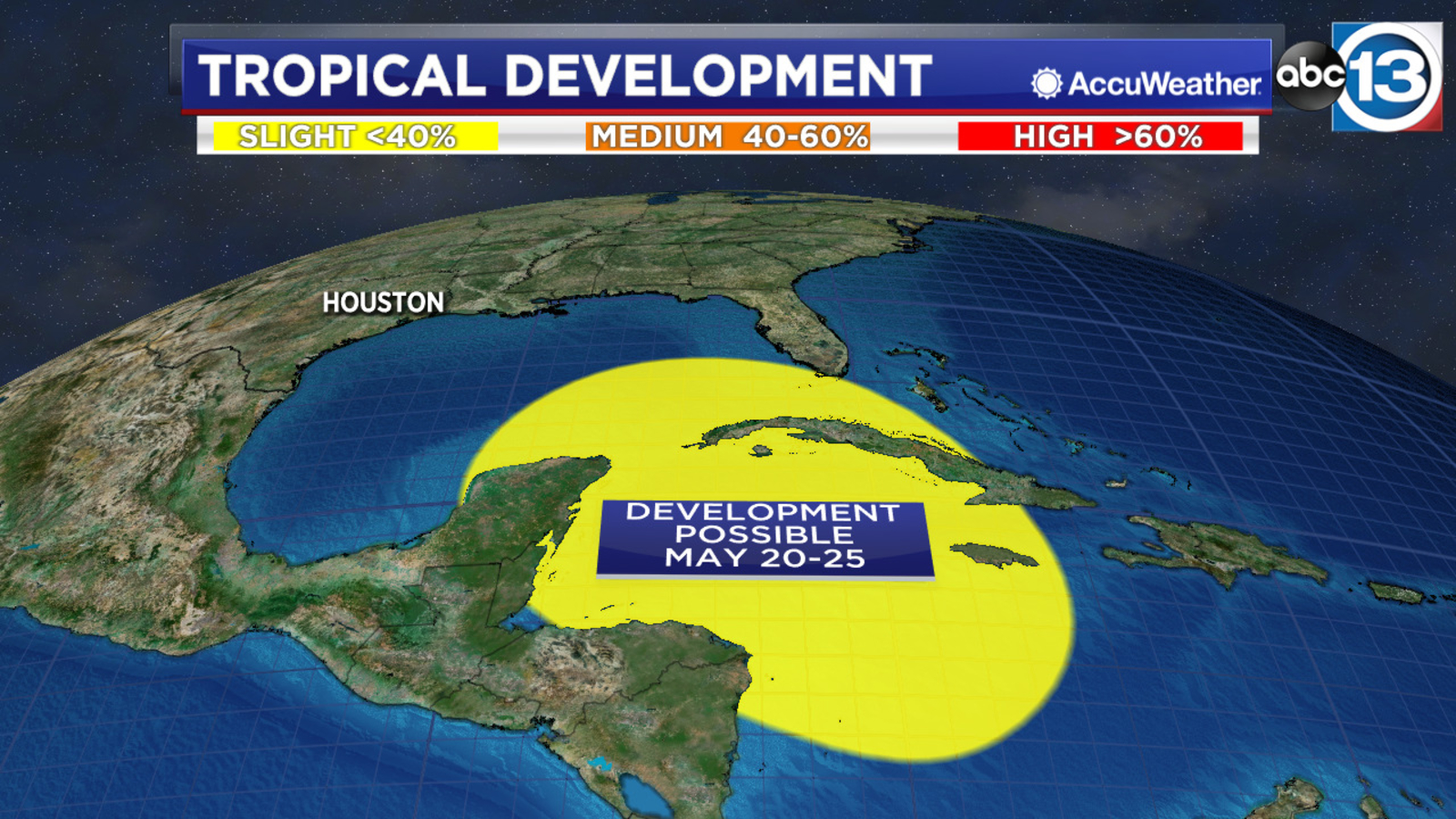 HOUSTON, Texas (KTRK) — Could this be the eighth year in a row a named storm develops before the start of hurricane season?

On Friday, our partners at AccuWeather identified a potential development zone centered over the Caribbean that starts late next week on May 20 and runs until May 25.

Within the broader circulation, smaller areas of low pressure can spin up and can lead to pre-season or early-season tropical developments.

For now, it’s just a low chance that the Central American Gyre expected to form next week will lead to tropical development.

History shows that when the Central American Gyre spawns tropical depressions over the Caribbean, they almost always head north toward the eastern Gulf of Mexico or northeast toward the Atlantic Ocean.

Our ABC13 Weather Team will keep an eye on it for you just in case, but at this time we are not concerned about any local impacts. The first name on the 2022 Atlantic hurricane list is Alex.