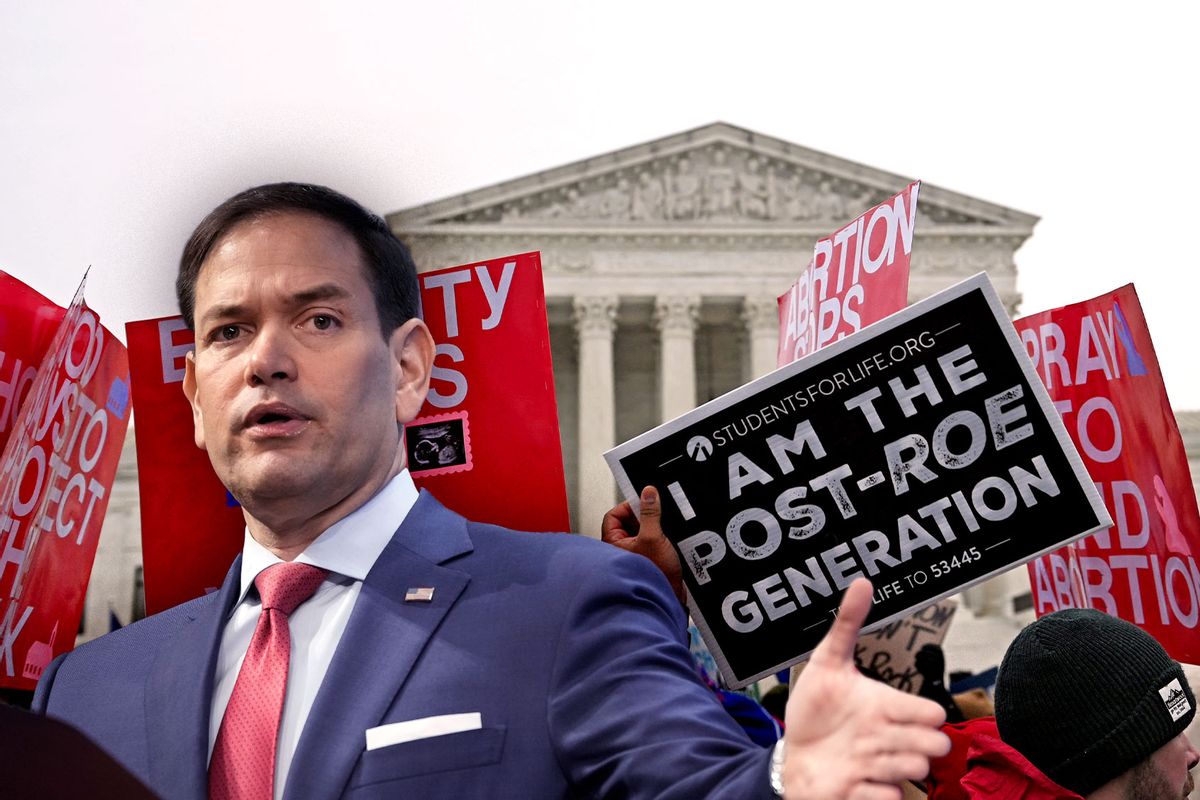 Sen. Marco Rubio, R-Fla., a frequent critic of “corporate wokeness,” is attempting to lead the pack against Corporate America for its new company policies on abortion.

Last Tuesday, hours after a draft decision by the Supreme Court overturning the federal right to an abortion leakes, Rubio introduced the “No Tax Breaks for Radical Corporate Activism Act,” which would preclude employers from receiving tax breaks for providing abortion access or gender-affirming care to their employees. The bills comes as multiple major companies – including Amazon, Apple, Tinder – have announced plans to cover the travel costs of employees seeking an abortion.

Under current U.S. law, corporations can file for tax deductions if they cover their employees’ health expenses. Rubio’s law would prohibit these deductions in the case of abortion and gender-affirming care. The measure does, however, contain certain medical exceptions.

“Our tax code should be pro-family and promote a culture of life,” Rubio told Fox News. “Instead, too often our corporations find loopholes to subsidize the murder of unborn babies or horrific ‘medical’ treatments on kids.”

“My bill would make sure this does not happen,” Rubio added.

RELATED: Marco Rubio wants to go after corporations — but there’s a catch

The legislation has virtually no chance of passing while Democrats control both chambers of Congress.

Still, it highlights a growing political rift between the GOP and Corporate America. Back in September, Rubio proposed a similar measure that would bar corporate executives from making “non-pecuniary” decisions to help the company’s “public image” or “employee morale,” establishing a cause of action for shareholders aggrieved with a company’s apparent “wokeness”

RELATED: The reputational cost of impartiality: How long can Corporate America stay silent?

That measure came largely in response to recent corporate rhetoric and policies on voting and racial justice.

After the Capitol riot on January 6, numerous companies vowed to suspend all political contributions to Republican lawmakers who voted to acquit Donald Trump in his second impeachment trial. Later, in April of that year, companies like Coca-Cola and Georgia condemned Georgia’s restrictive voting bill, which is set to have a disproportionate impact on minorities. And just last month, Disney vowed to help repeal a sweeping anti-LGBTQ+ recently enacted in Florida, earning the company scorn from Florida with Republicans.

The GOP’s and Corporate America’s lastest schism comes after Politico reported that the Supreme Court is gearing up to overturn Roe v. Wade, the landmark 1973 ruling that enshrined America’s constitutional right to abortion. While numerous corporations have issued statements and action plans to address concerns around abortion access, most of Corporate America has opted to stay mum on the topic